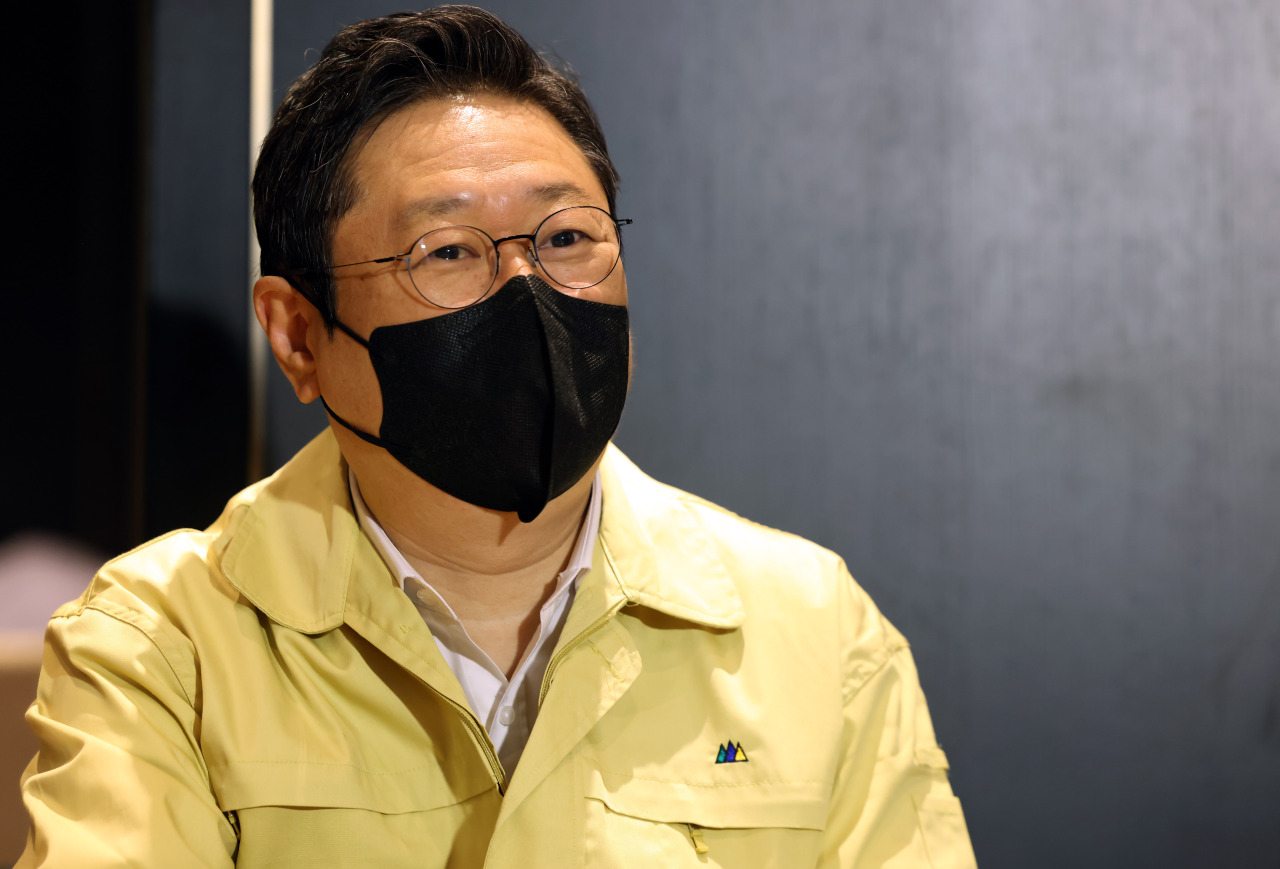 After a thorough quarantine inspection at the theater, he listened to the difficulties the movie operators are experiencing while doing business under the government’s stringent measures to prevent the spread of COVID-19.

“Since the (film) industry has pleaded strongly and has multiple success cases, the government won’t leave out its opinions. ... What the authorities can do is serve as (pump-)priming water. We’ll make an all-out effort to aid the pandemic-hit industry,” Hwang said at the beginning of the discussion.

Amid a surge in serious COVID-19 cases, the government had to apply stricter social distancing measures to cinemas at the end of last year. As a result, the industry had to face a dramatic loss of sales since the guidelines allowed them to operate for limited hours. It also banned audiences from eating in theaters.

Many local movies decided to delay releases due to restricted circumstances as well. 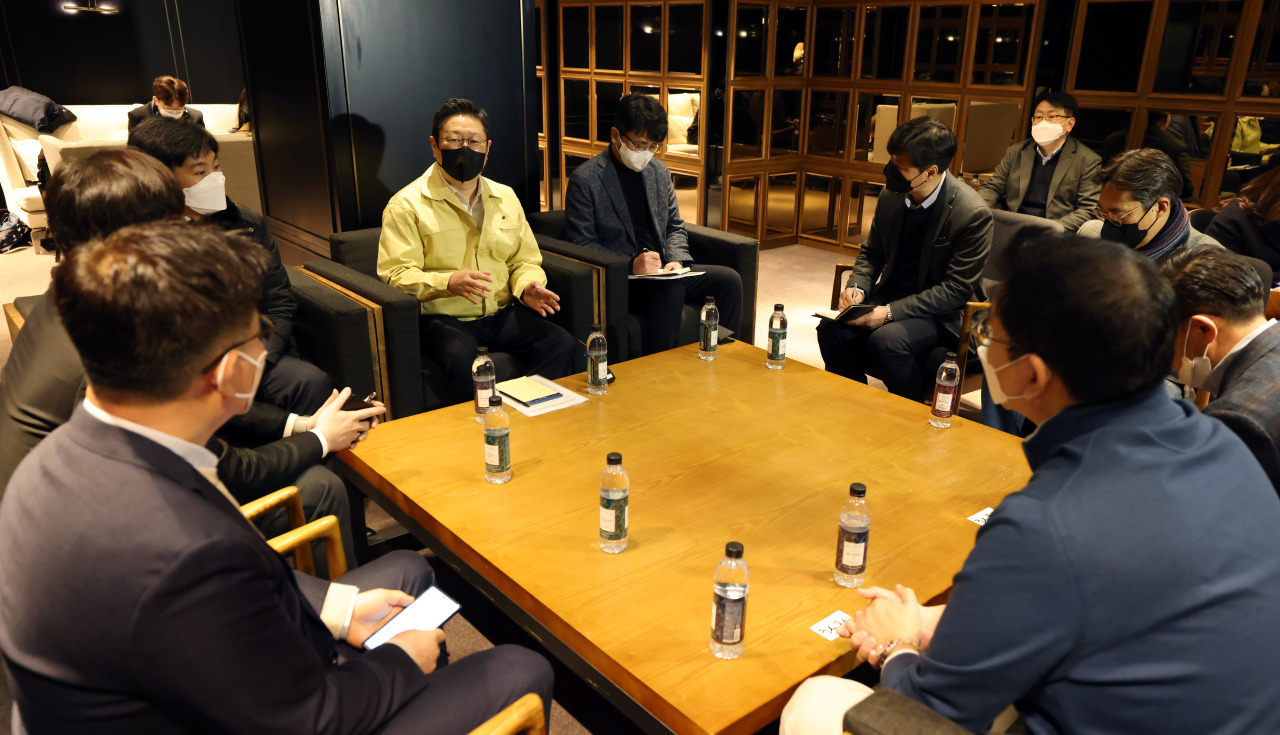 Culture, Sports and Tourism Minister Hwang Hee (left of center) and executives of three local multiplex operators -- CGV, Lotte Cinema and Megabox -- hold a meeting at CGV Yongsan in central Seoul on Saturday. (Ministry of Culture, Sports and Tourism)
Although they conducted further discussion behind closed doors, a local multiplex operator’s executive who attended the meeting told The Korea Herald that the industry strongly demanded support for local movies’ releases.

“Before the discussion, the government only treated us as large firms that whined over stricter guidelines. In reality, we made a lot of financial support to help the movies’ premiere screenings and fell deeper into the red,” the director said.

“Cinemas are the only means of circulating the (film) industry. That’s why we must revive first to vitalize the local film ecosystem. ... We’re very much hoping the authorities to provide support to help the movies’ active releases. And we believe the minister can give us a helping hand.”

Earlier this week, the Korean Theater Association released a statement to urge the authorities to support local movie distributors that have been suffering from the ongoing COVID-19 pandemic crisis.

In the latest statement, it asked the government to release a support policy, while mentioning that the industry has not yet received any clear answer on the matter. Although the association has been working hard on its own to shore up the industry last year, it was still insufficient.