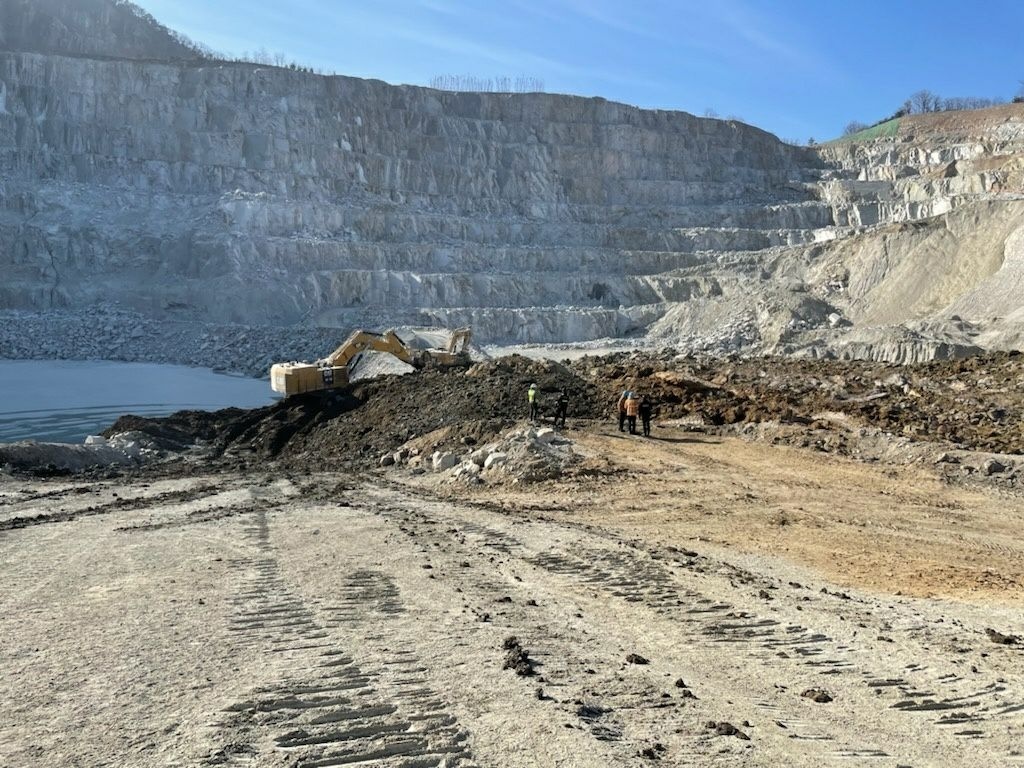 The accident occurred at 10:08 a.m. when they were making holes for demolition work at the quarry in Yangju, Gyeonggi Province, according to officials.

Seven excavators were mobilized to find the buried workers, but rescue operations were hampered by huge amounts of soil.

Authorities said they will mobilize more excavators for rescue operations.

The quarry is run by Sampyo, a manufacturer of construction materials, including remicon and aggregate.

Prime Minister Kim Boo-kyum ordered officials to do everything possible to rescue the buried workers.

Under the new law, owners and CEOs of companies with five or more employees can face a minimum one-year prison sentence or a fine of up to 1 billion won ($833,000) in the event of serious workplace disasters.

Sampyo is expected to become the first company to be punished by the law, according to the labor ministry. (Yonhap)