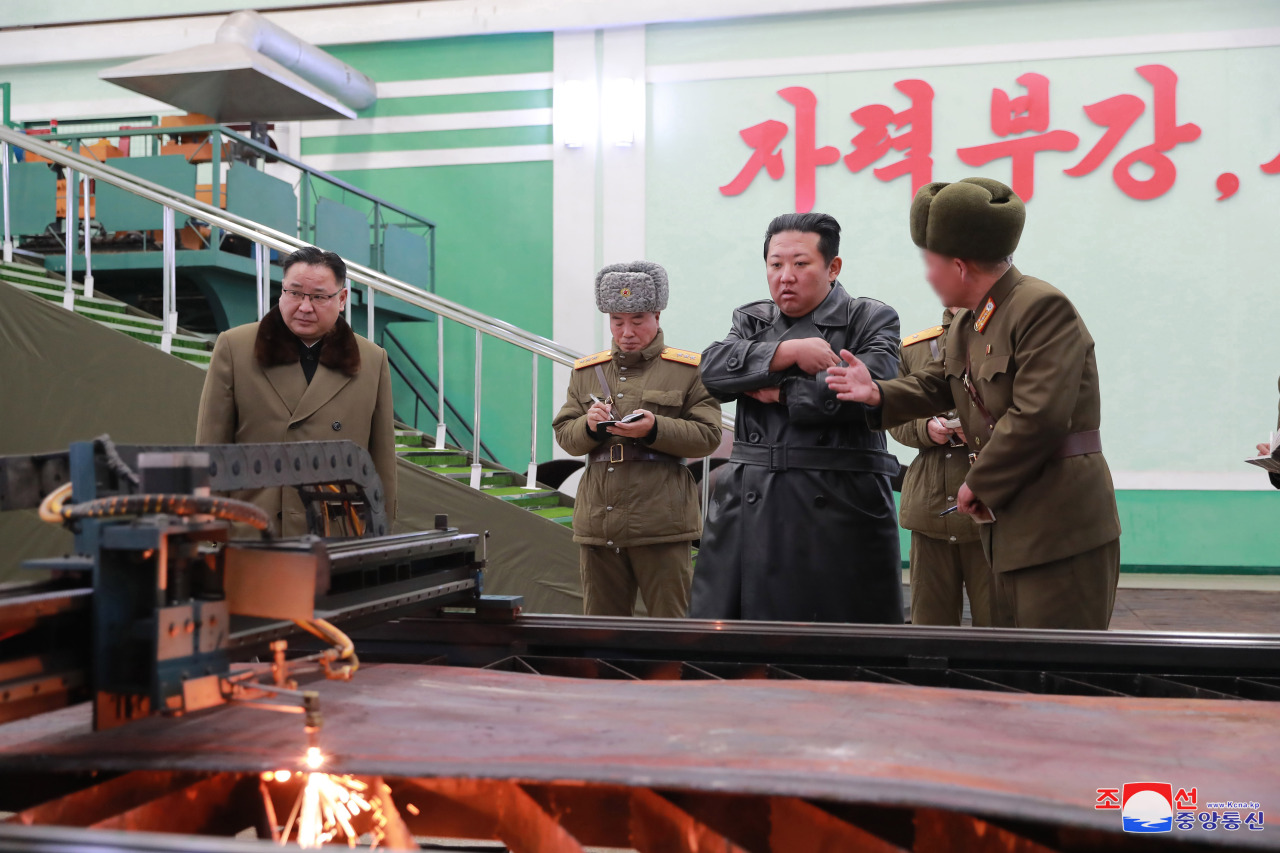 North Korea on Friday confirmed it had test-fired an upgraded long-range cruise missile and a tactical guided missile this week, as its leader Kim Jong-un inspected a munitions factory for the first time in years.

The official Korean Central News Agency said it “conducted the test-firing for updating long-range cruise missile system and the test-fire for confirming the power of conventional warhead for surface-to-surface tactical guided missile” respectively on Tuesday and Thursday.

The KCNA said Tuesday’s test of long-range cruise missiles hit the “target island 1,800 kilometers away.” It added that Thursday’s launch of two tactical guided missiles hit a “target island,” “proving that the explosive power of the conventional warhead complied with the design requirements.”

The confirmation comes a day after South Korean military on Thursday said Pyongyang fired what appeared to be two short-range ballistic missiles off its East Coast, marking its sixth weapons test this month continuing its most intensive spate of launches in recent years.

The North’s barrage of missile launches, including two rounds of what it called a hypersonic missile, raised tension on the Korean Peninsula and drew international condemnation. Washington has slapped new sanctions on five North Koreans responsible for procuring goods for the country’s weapons of mass destruction program, the first time the Biden administration imposed economic sanctions over North Korean missile launches. Washington’s sanctions pushed Pyongyang to retaliate with more weapons launches and hinted it could end a self-imposed moratorium on nuclear and long-range ballistic missile tests.

Leader Kim Jong-un had not attended this week’s weapons tests, but was spotted visiting a munitions factory “producing a major weapons system,” according to a separate KCNA report Friday, which did not specify the location and date of Kim’s visit.

During the tour -- accompanied by his powerful younger sister Kim Yo-jong and a senior party official, Jo Yong-won -- leader Kim praised “leaping progress in producing major weapons to implement the Party’s decisions,” and called on workers to demonstrate their dedication to “defending the revolutionary cause of the party with powerful cutting-edge arms,” according to the report.

“The factory holds a very important position and duty in modernizing the country’s armed forces and realizing the national defense development strategy,” Kim was quoted as saying.

It was the first time in about three years that the North’s state media reports on a visit by Kim to a munitions factory. The last time was in June 2019 when Kim visited the North’s key weapons production site, months after the collapse of the Hanoi summit with then US President Donald Trump. His latest visit appears to signal that the regime, which asserts weapons tests are its sovereign right to self-defense, will continue to ramp up weapons development amid the stalled denuclearization talks with Washington.

The Unification Ministry, in charge of inter-Korean affairs, on Friday expressed “strong regret and concerns” over the North’s consecutive missile launches.

“We urge the North to stop the missile launches that turn the Korean Peninsula’s clock back to the times of tensions and conflict, and to return to dialogue for a peaceful future,” Cha Deok-cheol, spokesperson for the ministry, told a regular briefing.