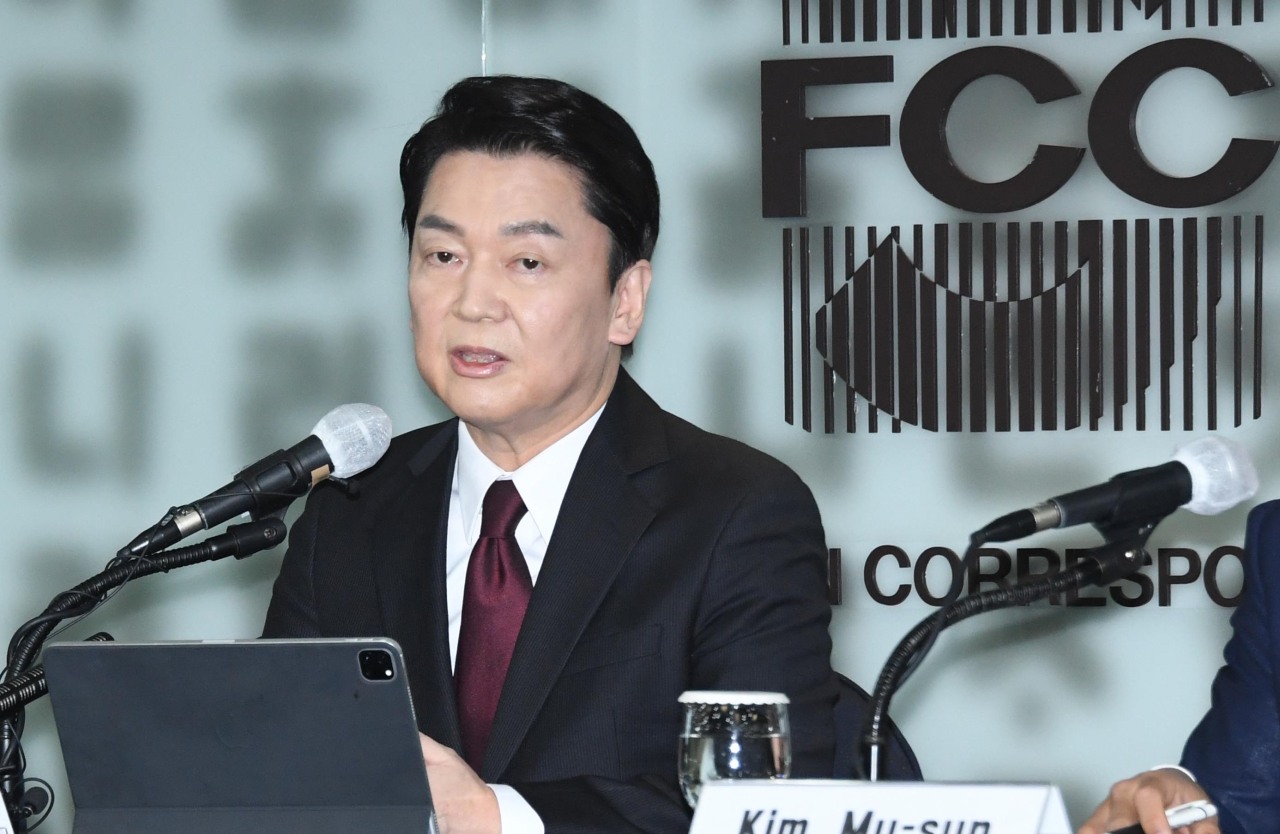 “We will defend Korea’s security and peace, the people’s lives and safety against such provocations in collaboration with the international community, and not shy away from resorting to military countermeasures,” Ahn said at the press conference held in the Seoul Foreign Correspondents’ Club. “That is the end state of the responsible state that I envision.”

He cited the signing of a Korea-US nuclear weapons sharing agreement as a specific solution.

“I will embrace our brotherly sentiments with sincerity when carrying out talks with the North,” he said. “However, as to its military provocations including the resumption of nuclear tests and missile test-firings, I will counter them with principles, calmness and toughness, and in line with the international community.”

Ahn promised to deal with neighboring countries such as the US, China and Japan with “responsible diplomacy based on autonomy, pragmatism, and peace.”

“The ROK-US alliance is the very foundation of Korea’s security policy,” he said. “The foundation must remain unwavering. Only such a foundation will allow us to be flexible and resilient with our response.”

“I will institutionalize a so-called ‘Red Line’ against China and effectively respond to China’s military provocations based on the principles I have set forth above,” he said. “It will enable both Korea and China to develop a forward-looking partnership based on equality and mutual benefit.”