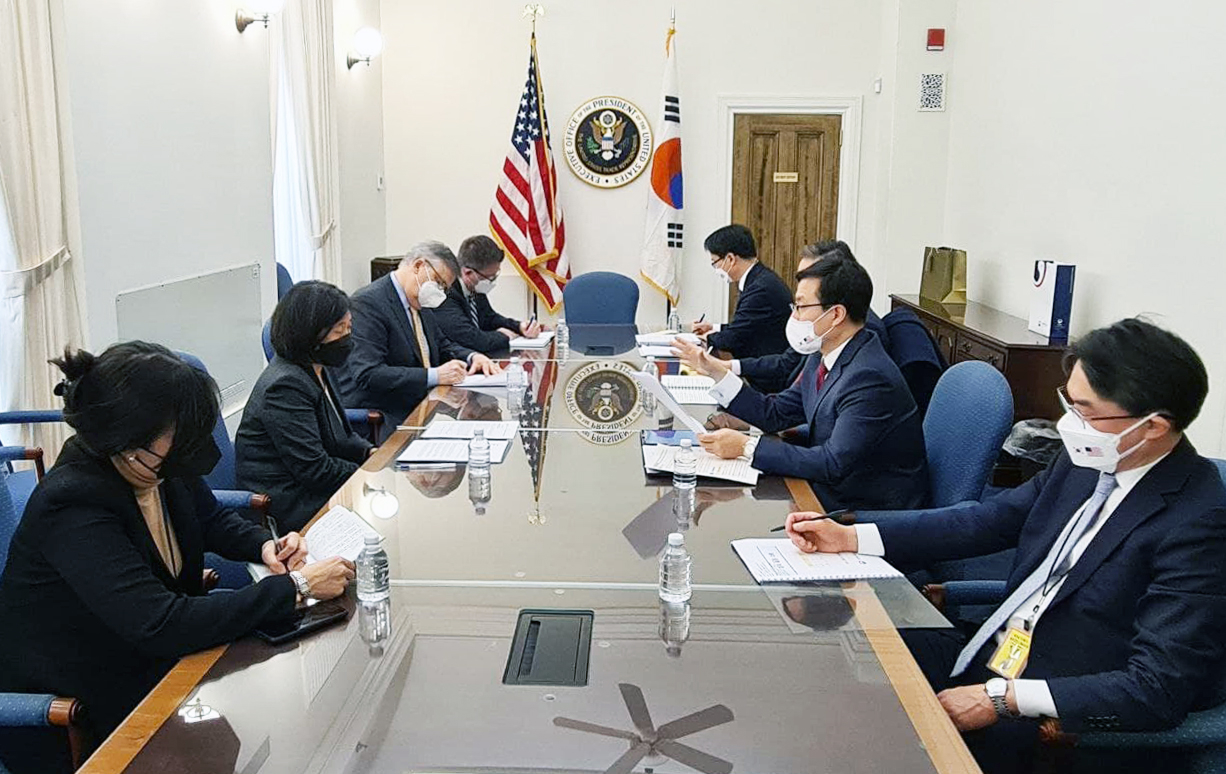 In 2018, the US waived the tariffs on South Korean steel products, but it was in return for a yearly import quota of 2.63 million tons of steel, or 70 percent of Seoul's average steel products export volume over the past three years.

South Korean Trade Minister Yeo Han-koo made the request to US Trade Representative Katherine Tai during in a bilateral meeting held in Washington on Thursday.

South Korean steelmakers had also met members of the US Congress, economic organizations and think tanks to appeal for the revision, "given the seriousness of the current situation," it added.

The push came as Washington decided in October to lift import tariffs on European steel and aluminum imposed by former President Donald Trump in 2018. The lifting took effect on Jan. 1.

The deal is feared to have adverse impacts on South Korea's exports of steel and aluminum products, as it is likely to boost the volume of the EU's steel imports to the US

The Joe Biden administration has sought to launch a fresh economic framework in the region, rather than joining the Comprehensive and Progressive Agreement for Trans-Pacific Partnership (CPTPP), in a move to better engage with Asia on trade amid an intensifying Sino-US rivalry.

During the meeting, Tai emphasized that the new framework is a future-oriented and sustainable body that will help strengthen the competitiveness of countries in the region and bring them new economic opportunities.

"Yeo proposed close consultations as the US embodies the platform, noting that the framework should be open, transparent, and inclusive, and it is crucial to present standards that many countries in the region can accept," the ministry said.

The CPTPP was launched in 2018 after Trump withdrew from the Trans-Pacific Partnership (TPP) the previous year. The partnership has 11 members, including Australia and Japan, with China applying for the pact. South Korea is reviewing the option of joining it.

Yeo is in the US for a 10-day stay from Tuesday. (Yonhap)