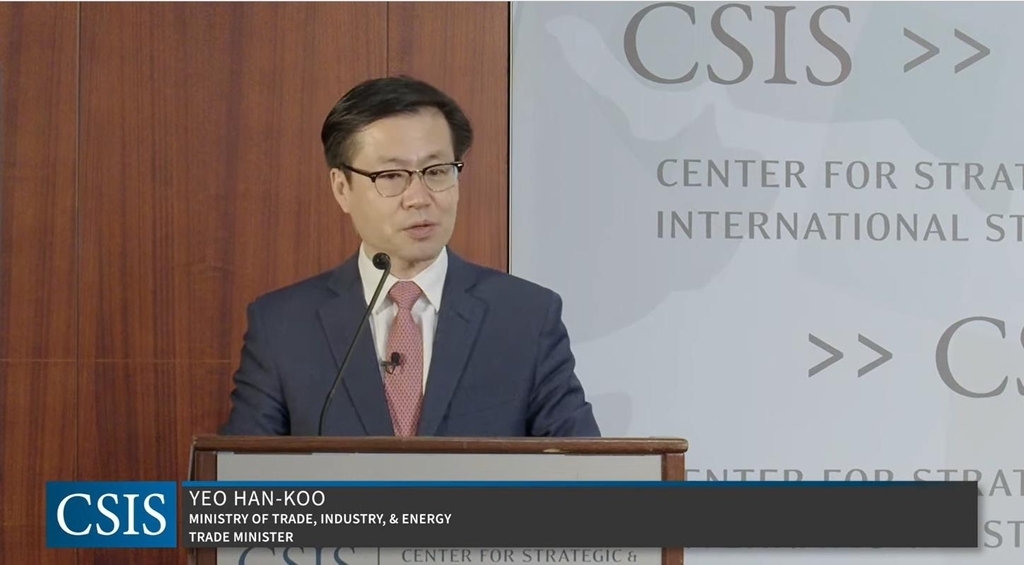 Yeo said the US-proposed Indo-Pacific economic framework (IPEF) may provide common goods by setting rules and standards, especially for newly emerging industries, such as digitalization, but insisted many countries would consider increased market access as a return for taking part in such an initiative.

"I think market access could be one of the important sorts of returns that countries in the region would expect from US leadership," the South Korean minister said when asked if the lack of increased market access would make any difference for countries considering joining the IPEF.

"Traditionally ... the most important aspect of this multilateral or bilateral trade agreement was this high level of market access," he said in a seminar hosted by the Washington-based Center for Strategic and International Studies think tank.

US President Joe Biden proposed forming the new economic framework in the Indo-Pacific region during his virtual summit with East Asian leaders in October.

Many believe the Biden administration hopes to counter China's economic leadership in the region by creating a new framework, instead of joining existing regional trade pacts, such as the Regional Comprehensive Economic Partnership (RCEP) and the Comprehensive and Progressive Agreement for Trans-pacific Partnership (CPTPP).

China is already a member of the RCEP, which went into effect at the start of this year, and has submitted an application to join the CPTPP.

The US, however, has made it clear that the envisioned IPEF will not include increased market access for member countries.

Yeo noted the IPEF may serve the countries by providing ways to jointly tackle challenging issues, if designed correctly.

"I think the overall picture of this framework seems to reflect the reality and also the future challenges. But I think what is important is how it is designed, how it is formulated to address those challenges. That seems to be the kind of very interesting point to look at," he said.

"If this Indo Pacific economic framework is designed in an appropriate manner to reflect or address those challenges, then I think it could really add value to the region," he added. "But, you know, market access is, I think, something that countries in the region may want to include." (Yonhap)