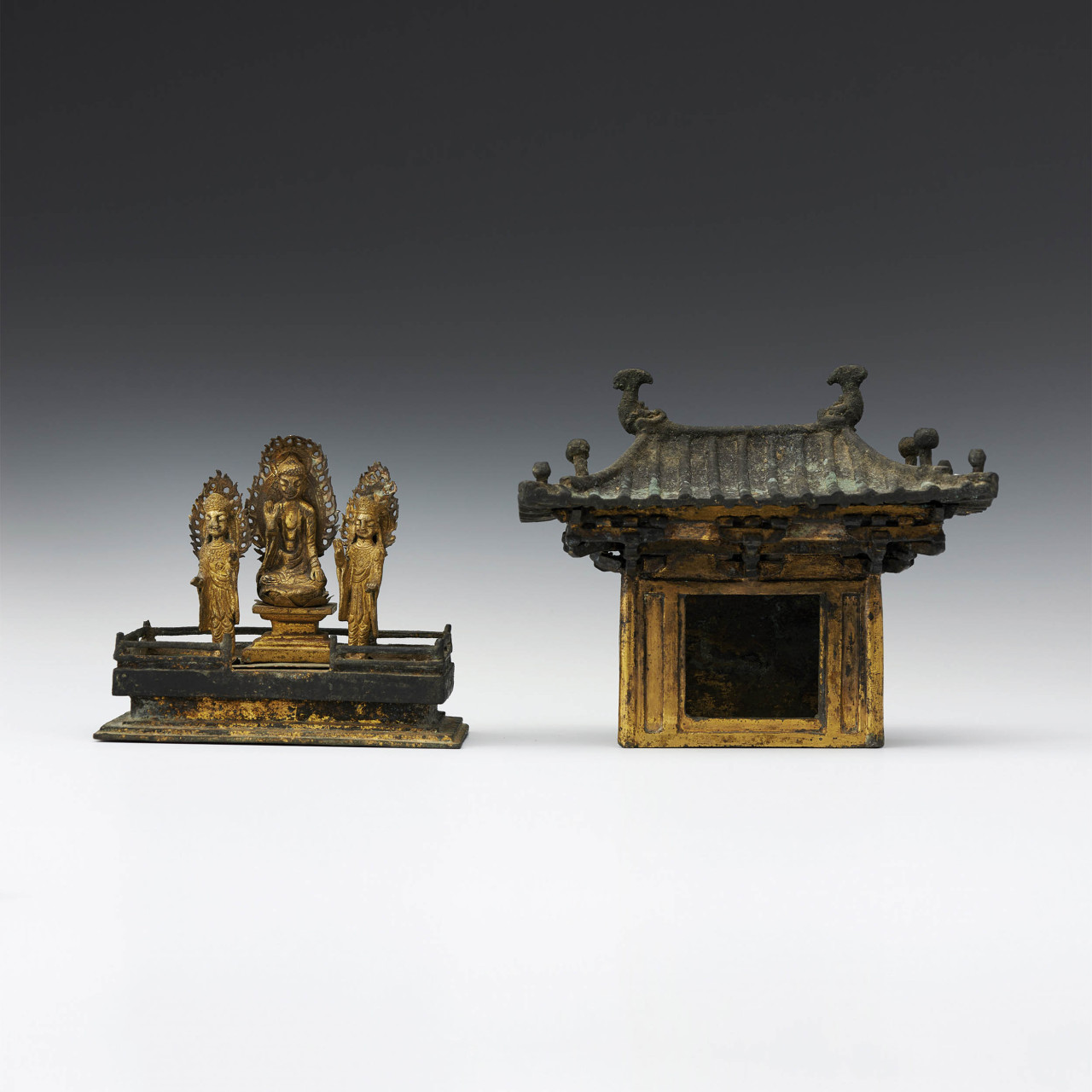 While all state-designated cultural properties are restricted from being sold overseas, anyone within the country can make a bid on them or purchase them, as long as they are reported in advance to the Cultural Heritage Administration. National treasures, one of seven state-designated heritage classifications, are deemed heritage of rare and significant value. 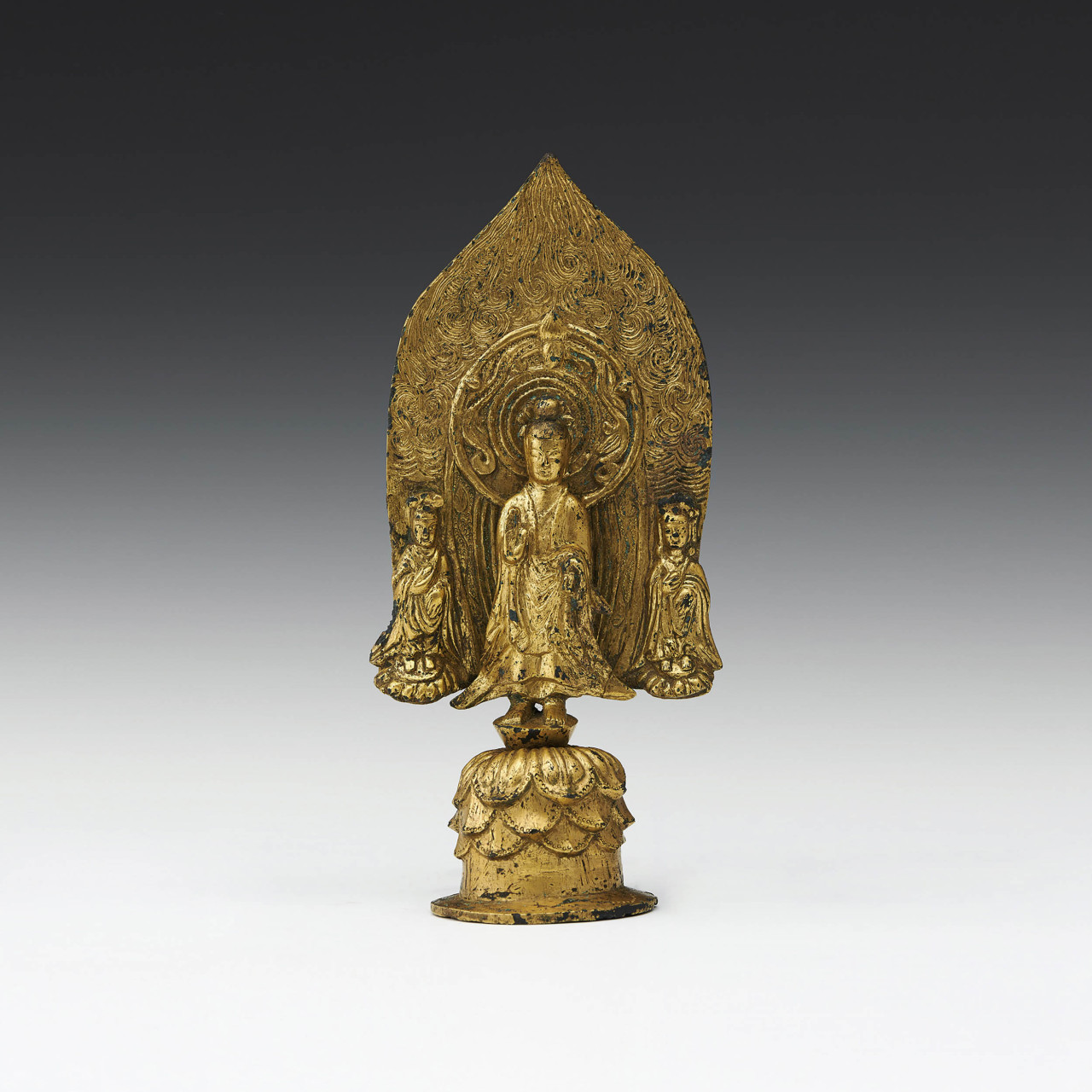 National Treasure No. 72, Gilt-bronze Standing Buddha Triad with Inscription of Gyemi Year (K Auction)
The Portable Shrine of Gilt-bronze Buddha Triad, measuring 18 centimeters in height, is thought to have been made in the 11th or 12th century. It is a miniature version of a Buddhist shrine that houses a statue of Buddha. The bid started at 2.7 billion won ($2.24 million).

The Gilt-bronze Standing Buddha Triad with Inscription of Gyemi Year, measuring 17.7 centimeters in height, is known to have been carried by Buddhists for spiritual protection, a popular practice in East Asia during the early 6th century. Judging by the inscription on the back of the mandorla -- a frame that surrounds the totality of an iconographic figure -- the piece is thought to have been created in Baekje in 563, the 10th year of the reign of King Wideok. Bidding started at 3.1 billion won.

In May 2020, Kansong Art Museum tried to sell two state-designated treasures, which are classified as “tangible cultural heritage of important value,” at an auction. The museum said it was an inevitable decision to put the artifacts up for auction due to chronic financial difficulties. Together, the pieces were expected to bring in more than 3 billion won.

After the failing to attract bidders, the two treasures -- Treasure No. 284, Gilt-Bronze Standing Buddha, and Treasure No. 285, Gilt-Bronze Standing Bodhisattva -- were later acquired by the National Museum of Korea in August to honor Kansong Chun Hyung-pil’s determination to protect valuable national heritage. Chun established the Kansong Art Museum in 1938, during the Japanese colonial era, to prevent precious cultural artifacts from being taken out of the country.