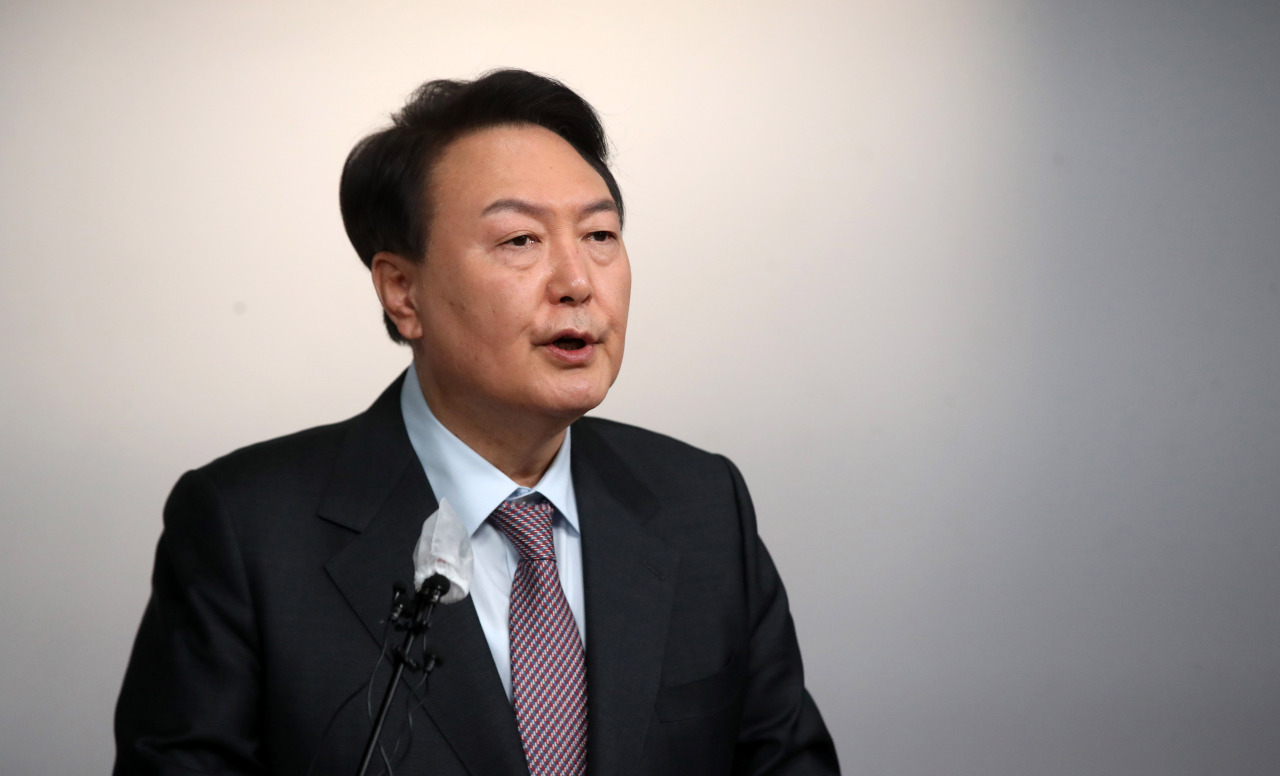 “If I become president, the existing Cheong Wa Dae will disappear,” People Power Party candidate Yoon said at a press conference. “A new concept of the presidential office will be created with a completely different organizational structure and working methods.”

“The presidential office, the highest control tower of state affairs, will be transformed into a place where Korea’s top government officials and private talents work together,” he said.

Yoon said there is a limit to solving problems and creating alternatives only with public officials in the presidential office. The current Cheong Wa Dae, which dominates the ministries, monopolizes power, fails to adequately respond to national crises and cannot prepare for the future, can no longer lead the country, he said.

The pledge aims to remedy the situation that Cheong Wa Dae has ruled over ministries based on the “imperial presidential system,” monopolizing power and unilaterally deciding on major national affairs such as diplomacy, security, economy and politics.

Specifically, the presidential office will consist of a chief of staff, elite staff and joint public-private committees across sectors. The joint committees will be filled with public officials and experts from the private sector in each area. The private talents participating in the committees will maintain their civilian status like the White House Economic Advisory Council.

He also announced a plan to do away with the imperial presidential system.

“In order to become a president who communicates with the people, we must thoroughly clean up the remnants of the imperial president,” he said. “A president, who is above the law and only asserts his authority, will disappear. The president will come down to the framework of ‘rule of law’ and focus on what needs to be done.”

“The people will always be able to meet the president. The president will always communicate with the people and work,” he said. “The next government will start state affairs in a new way, in a new space, from the first day of its term.”