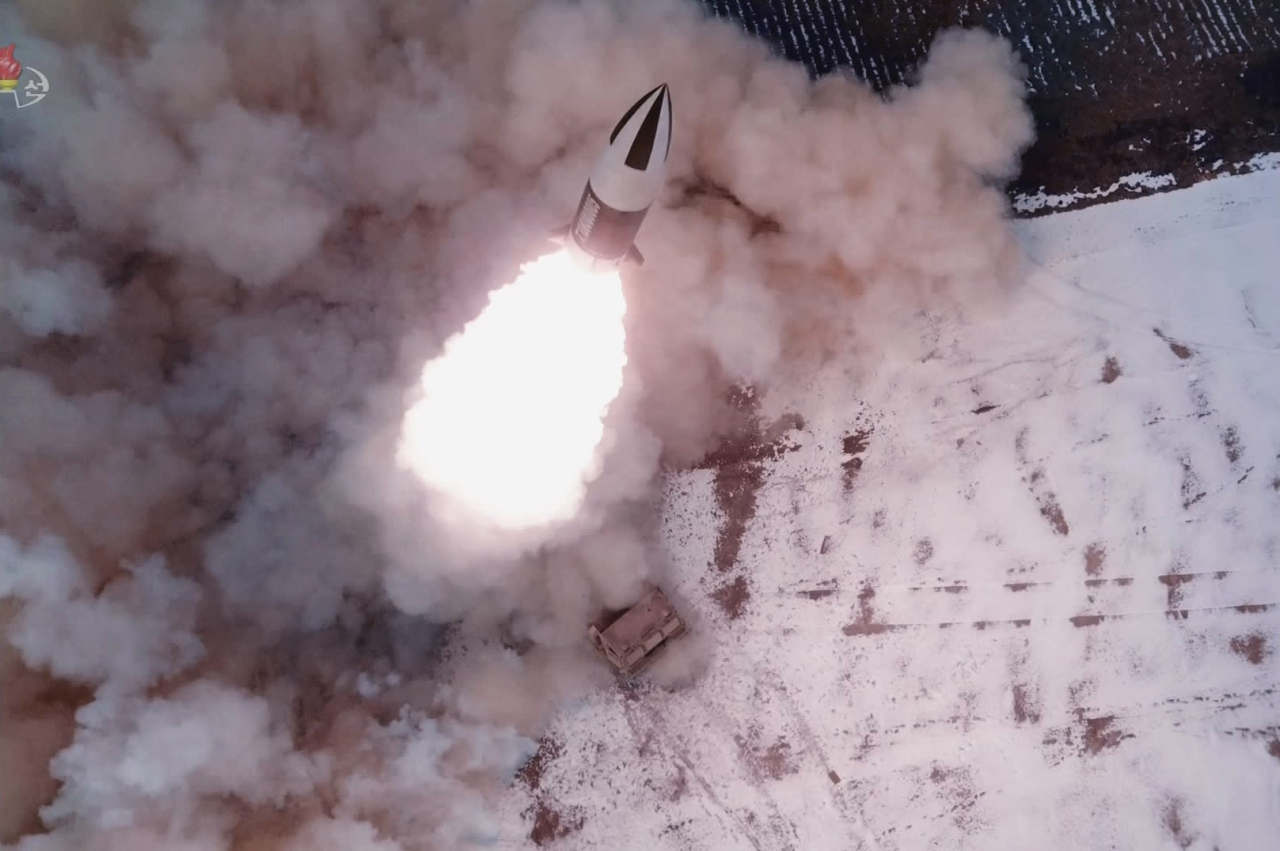 This photo, captured from North Korea's Central TV last Tuesday, shows one of two tactical guided missiles that the North test-fired from a transporter erector launcher toward an island target in the East Sea the previous day. The missile appears to be the North Korean version of the U.S.' Army Tactical Missile System (ATACMS), called the KN-24. (North Korea's Central TV)
North Korea will lead the United Nations' Conference on Disarmament in a rotational one-month presidency later this year, the world body has said.

North Korea is among six countries -- along with China, Colombia, Cuba, the Democratic Republic of the Congo and Ecuador -- that will assume this year's chairmanship for four weeks each in alphabetical order.

This first session began Monday under China's presidency, with North Korea's turn set for May 30 to June 24.

The North's presidency is expected to stir controversy, especially as it has been ramping up tensions on the Korean Peninsula with a series of weapons tests since the start of the year.

On Thursday, the North fired two apparent short-range ballistic missiles toward the East Sea, marking its sixth such launch this month.

.N. Watch, a Geneva-based independent monitoring group, denounced the announcement, saying member countries, including the United States, should walk out of the conference during the four-week period.

"This is a country that threatens to attack other UN member states with missiles, and that commits atrocities against its own people," Hillel Neuer, executive director of UN Watch, said. "North Korea's chairmanship will only undermine the integrity of both the disarmament framework and of the United Nations, and no country should support that."

Comprising 65 member states, the Conference on Disarmament is "the world's single multilateral forum for disarmament negotiations," according to the UN website.

When the North last assumed the conference's presidency in 2011, Canada boycotted the event, saying, "North Korea is simply not a credible chair of this UN body" as "a major proliferator of nuclear weapons." (Yonhap)