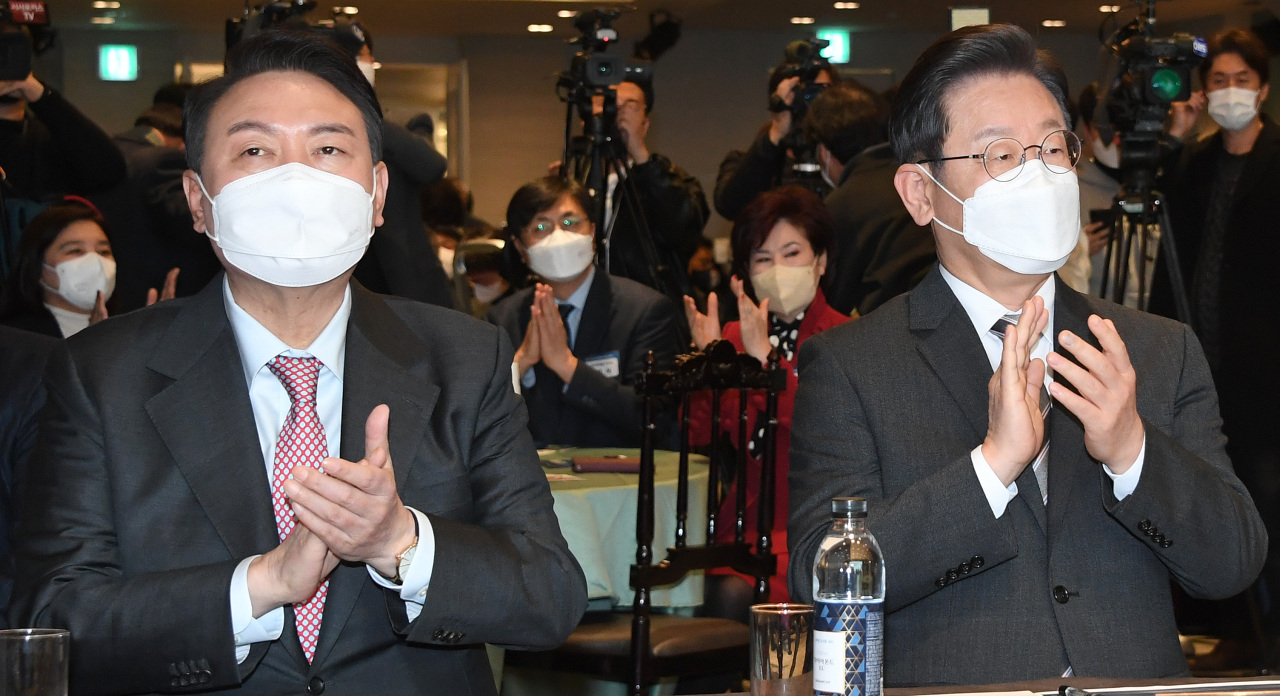 Rep. Sung Il-jong, the party's lead negotiator for arranging TV debates, made the proposal in a press conference at the PPP headquarters, a day after a court stopped the country's three major broadcasters from hosting a one-on-one debate between its candidate Yoon Suk-yeol and ruling Democratic Party (DP) candidate Lee Jae-myung.

"Let's have a bilateral debate on Jan. 31 at the National Assembly or at a third-party site," he said.

The DP and PPP previously sought to hold a one-on-one TV debate on Sunday or Monday, but the plan was foiled by the successful injunction requests of presidential candidates Ahn Cheol-soo of the minor opposition People's Party and Sim Sang-jeung of the minor progressive Justice Party.

The broadcasters -- KBS, MBC and SBS -- have suggested a four-way debate involving all the candidates on Jan. 31 or Feb. 3 and requested a response from the parties by 6 p.m. Thursday. (Yonhap)