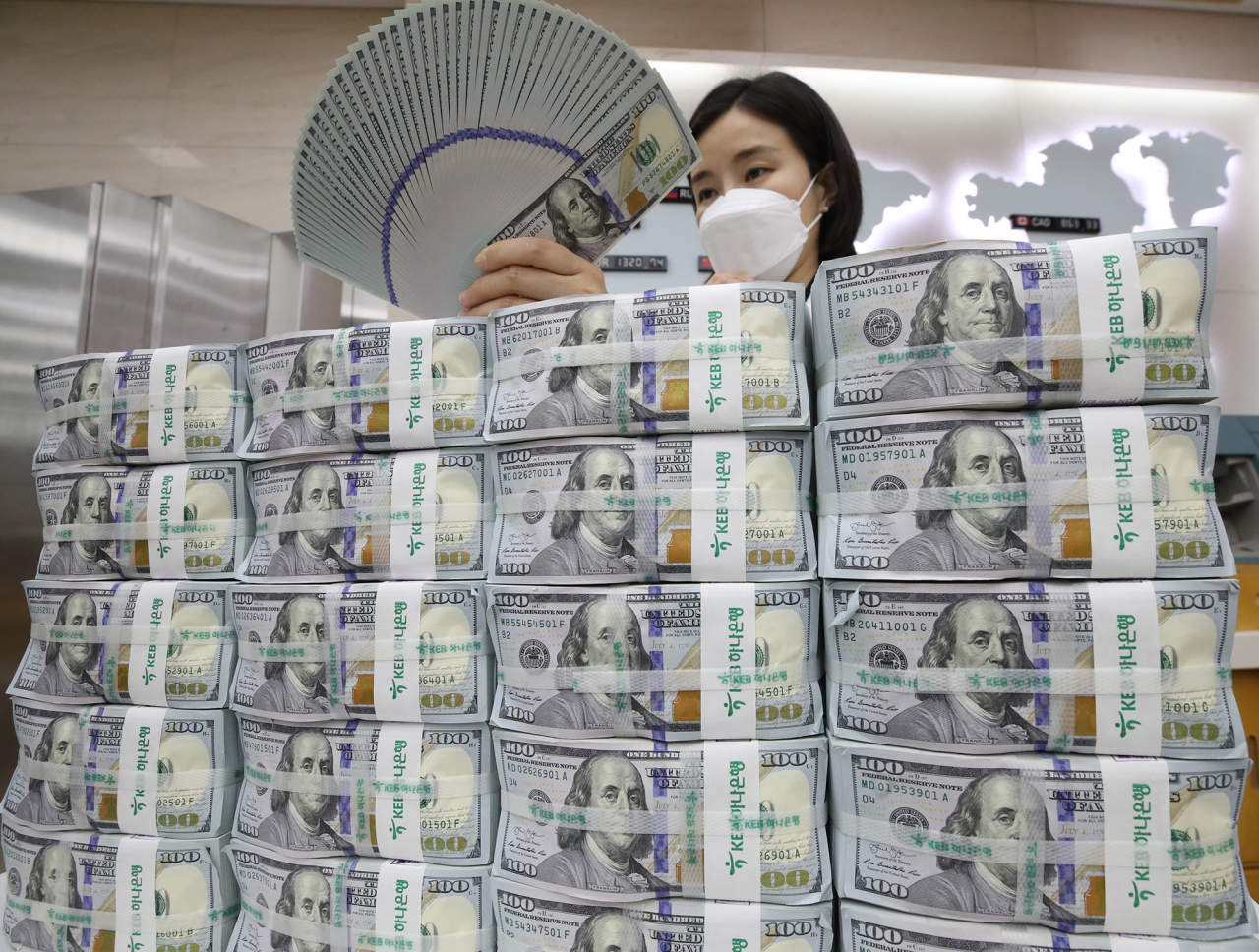 The daily FX turnover came to an average $58.31 billion last year, up 10.3 percent from $52.84 billion tallied a year earlier, according to the data from the Bank of Korea (BOK).

The amount marked the largest since 2008, when relevant statistics started to be compiled under revised rules.

The increase came from brisk exports and imports, which led to more foreign-currency transactions. Foreigners' increased investment in local stocks and bonds also played a role in boosting the daily FX turnover.

In 2021, the country's combined amount of exports and imports came to $1.26 trillion, up from the previous year's $980.1 billion. Foreigners also bought a net $38.7 billion worth of local stocks and bonds, more than a 10-fold rise from last year.

A BOK official said FX trading usually spikes when market volatility deepens, but last year's increase was not so much due to volatility as it was more demand for currency conversion from companies and investors.