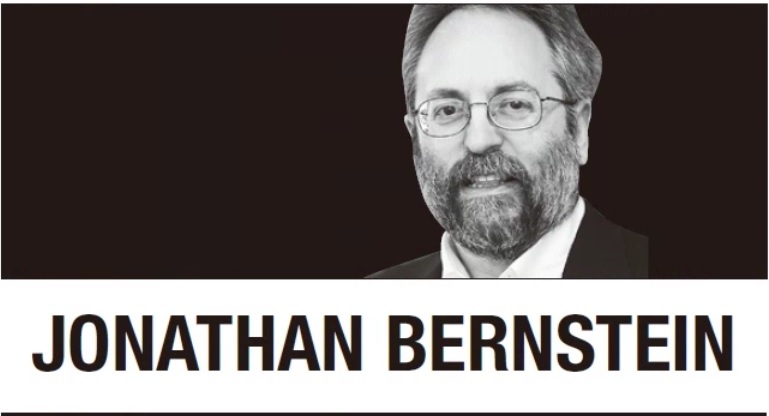 The New York Times reports that US President Joe Biden “will retreat from the tangle of day-to-day negotiations with members of his own party that have made him seem powerless to advance key priorities, according to senior White House advisers. The change is part of an intentional reset in how he spends his time, aimed at emphasizing his power to govern as president, rather than getting trapped in a series of congressional battles.”

With any luck, it’s just harmless spin. Presidency scholar Matthew Dickinson reacted to the Times report by saying that Biden “is likely to do better by continuing to try to engage with Congress.”

Political scientist Matt Grossmann elaborated on Twitter, “With months to go with a trifecta, Biden’s plan is to disengage from Congress. I don’t think the problem was high levels of engagement. He is probably still needed to make whatever reconciliation deal is possible & sell it to his party.”

The truth is that the Democrats’ legislative record one year into Biden’s presidency isn’t bad given the context of strong partisan polarization and extremely narrow majorities in both chambers of the US Congress. That’s pending whatever happens to the sprawling reconciliation bill stuffed with programs addressing climate change, medical and child care, education, taxation, family leave and a whole lot more. It’s passed the House of Representatives but has, so far, fallen one vote short in the Senate.

We don’t know how much of the progress to date should be attributed to Biden as opposed to, say, the extremely effective speaker of the House, Nancy Pelosi. But I don’t see any indication that the White House’s strategy has been wrong. Critics have taken aim at the aggressive scope of the Biden agenda, but ambitious policy goals are not necessarily a problem. Had Biden jettisoned everything that was going to be difficult to pass, he might have had a better legislative batting average, but he would have wound up feuding with his party in Congress and beyond.

Biden’s major problems so far appear to be outcomes, not processes. That should push the White House to think hard about whether the policies it’s implemented make sense, and whether the president and his aides are listening to enough voices to pick up on problems quickly enough.

There have been no significant scandals and few stories of administration infighting or obvious dysfunction. If there’s been any scapegoating, it seems to be directed toward the staff of Vice President Kamala Harris, which, well, if there are significant process problems, I’m pretty sure that they are not to be found in the vice president’s communications team.

The model Biden should probably be thinking about is Ronald Reagan. At this point in his presidency, two of Reagan’s major legislative initiatives had passed, and he had some other accomplishments, but things were turning sour. What turned out to be a deep recession began in the summer of 1981, his first year in office, and continued through the 1982 midterm elections.

Reagan, however, had a very good team in place in the White House, and his theme became asking people to “stay the course.” That was useless for the midterms, where Republicans did poorly. But the point isn’t about messaging and spin. Along with some smart corrections -- accepting a tax increase to put fiscal policy back on course, upgrading the secretary of state position -- Reagan was well served by showing patience and avoiding panic.

This is not to say everything is perfect in the Oval Office. The coronavirus variants, a messy withdrawal of US troops from Afghanistan, balky global supply chains and inflation appear to have taken the White House by surprise. That’s a serious problem that needs addressing, whether by personnel changes or policy adaptations or both.

Emulating Reagan shouldn’t lead to complacency. But the Reagan example is a good reminder that when things are going badly in the nation, the president will get the blame whether it’s deserved or not, and once approval ratings sag then everyone in Washington starts to see everything the president does in a bad light. Even an administration’s strengths.