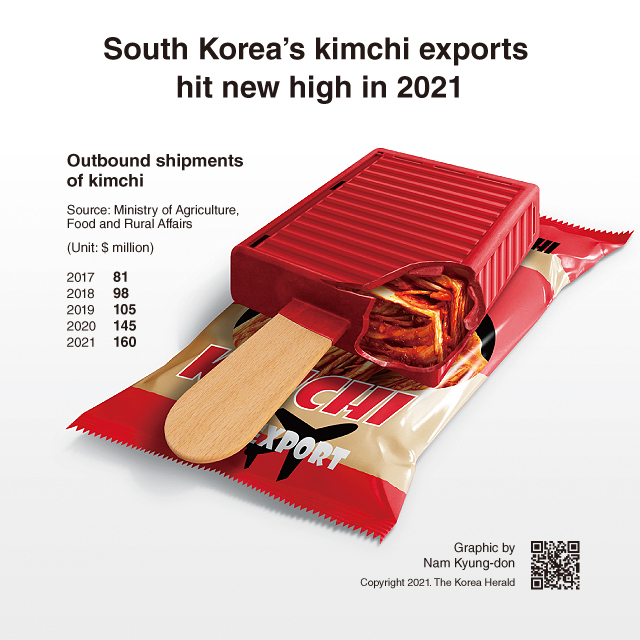 Outbound shipments of the spicy Korean traditional side dish came to a record $159.9 million in 2021, resulting in a trade surplus of $19.2 million in the sector, according to the data from the Ministry of Agriculture, Food and Rural Affairs.

It is the first time in 12 years that South Korea registered a surplus in the kimchi trade.

Kimchi is a traditional Korean side dish normally made of fermented cabbage, salt and red chili pepper flakes and is eaten with almost all meals.

Exports of kimchi grew 18 percent on average per year in the past five years, and the number of importing countries increased to 89 in 2021 from 61 countries
in 2011. (Yonhap)