[ The Korea Herald – Send E-mail ]
[Hwang’s China and the World] Chinese thoughts on Belt and Road Initiative, its shine and shade
Discourse with Chinese scholars on China’s Belt and Road Initiative
By Choi He-suk
Published : Jan 30, 2022 - 16:30
Updated : Feb 7, 2022 - 12:39
The Belt and Road Initiative (BRI), formerly known as One Belt One Road, was first initiated as Chinese President Xi Jinping presented “One Belt” in Kazakhstan in September 2013 and “One Road” in Indonesia the following October. One Belt represents the Silk Road Economic Belt that connects all the way from Central Asia to Europe through an overland route, while One Road stands for the Maritime Silk Road that stretches its branches to Southeast Asia and beyond. 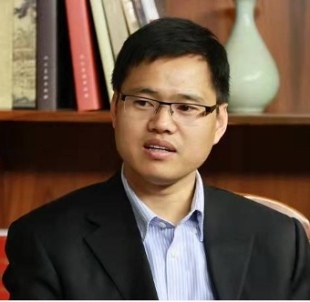 Lin Minwang, professor and assistant dean of the institute of international studies at Fudan University (Lin Minwang)
It has already been almost a decade since BRI was presented and now has become incomparably the strongest diplomatic mechanism in China’s diplomacy, and a major national and international project. On the other hand, it is Xi’s most representative brand. Ever since he came to power, the New Type of International Relations was running at the front line of his foreign policy slogan and BRI was a practical measure that backed it up. It is not only massive in scale, but also supports and cooperates a lot with numerous neighboring countries.

However, its approach to cooperation has room for improvement and has perhaps lacked skill, leading to mistakes and causes problems. The BRI is basically showing two faces, both the bright and dark aspects of China’s thoughts and actions on foreign exchanges.

Continuing the discussion to comprehensively understand China’s ideas, this interview invited three Chinese experts who are conducting research on BRI. 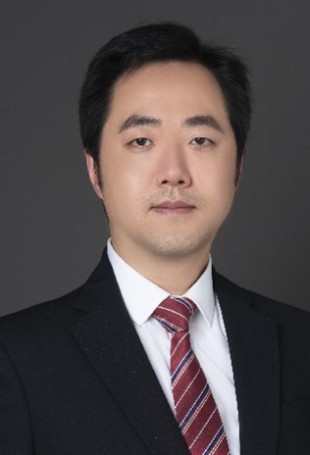 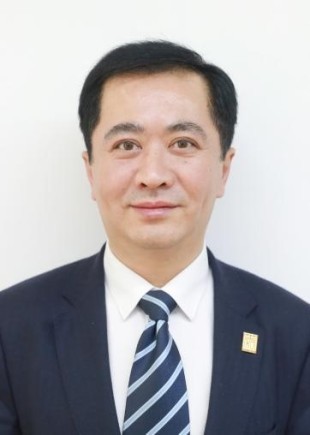 Qian Feng, director of the research department at the National Strategy Institute of Tsinghua University (Qian Feng)
We have Qian Feng, the research department director at the National Strategy Institute, Tsinghua University, who also is a senior research fellow of Taihe Institute and a member of the China-South Korea Future Relations Development Committee; Huang Yunsong, the associate dean of Sichuan University School of International Studies, as well as the coordinator at China Center for South Asian Studies; and Lin Minwang, professor and assistant dean of the Institute of International Studies at Fudan University.

Hwang: What is the most remarkable outcome of the BRI?

Qian: In the past nine years since the BRI, I think the biggest achievement is not at the material level, but at the spiritual level of people-to-people connectivity. From the international perspective, it has expanded China’s circle of friends and increased the communication between the world and China. From the domestic perspective, this is not only China’s new round of reform and opening up, but also deepens the pattern of all-round opening up. The BRI has expanded the vision of the 1.4 billion Chinese people, made the Chinese people more aware that to achieve better development, China must embrace the world with a more inclusive and open mind.

Huang: Professor Qian mentioned the way China engages with the world. It enhances China’s position and role in the international community, especially among the developing countries, and fulfills China’s responsibilities as a major global power. As a participant and facilitator of global economic and social development, China has been widely recognized and accepted by the international community.

Hwang: What would be the most successful case of cooperation in the BRI?

Huang: The China-Europe freight trains under the flag of BRI through Central Asia, as well as the infrastructure and industrial cooperation in South Asia have achieved breathtaking results so far. However, ASEAN may be the most successful region for the BRI in the long run. Among them, the most outstanding is the China-Laos railway that is destined to promote bilateral trade, people-to-people exchanges, and ultimately the comprehensive integration between China and ASEAN.

Qian: In this case, Nepal previously imported more than half of its electricity from India during peak power demand. But now with the completion of the Upper Tamakoshi Hydropower Project, Nepal has not only historically solved the chronic problem of power shortage, but also realized the “transformation” from power importer to exporter, starting to sell hydropower to India -- the former largest aid country.

Hwang: From China’s perspective, what is the toughest challenge against the BRI? And what is the most critical problem within the BRI itself?

Huang: Using ideology as a boundary, the US has divided the world into the democratic and nondemocratic camps, effectively compromising cooperation between China and the West under the framework of the BRI. Due to the intensified competition between China and the US, a considerable amount of resources have been diverted to the field of defense and security, resulting in the reduction of financial sources for the BRI.

Lin: Many major powers view the BRI from the perspective of strategic competition, which has led to a high degree of politicization of this cooperative initiative. However, due to geopolitical considerations, many countries did not support it, but proposed the opposite initiative to undermine it.

Hwang: How do you assess the criticism on “debt trap diplomacy”?

Qian: That kind of accusation is not a new topic in recent years. Under the manipulation of public opinion in US and other countries, the … “debt trap theory” was quickly constructed and became the basis for open slandering and smearing China. In fact, these claims are highly politicized and completely untenable. Take Sri Lanka for example. In terms of total foreign debt, 54 percent of Sri Lankan external loans come from international capital markets and only 9 percent of loans are from China. According to Sri Lanka’s central bank, loans from China’s share of total Sri Lankan sovereign debt is currently about 3 percent, with bilateral loans far lower than Japan and less than India.

Huang: Its fundamental motive is to curb China’s international influence and stigmatize its economic, trade and investment cooperation with the developing countries.

Hwang: How do you see or imagine the BRI in maybe two to three decades?

Qian: China has now signed more than 200 cooperation documents on jointly building the BRI with 145 countries and 32 international organizations. Following this trend, it is conceivable that BRI will achieve more and more results across a wider coverage in 2050.

Huang: By 2050, it may not be odd to see that China and the US finally let go of the burden of great power competition and reach an understanding on various issues including the BRI.

Lin: There is no deadline for cooperation under the BRI. By 20 to 30 years later, the connectivity between China and neighboring countries will be greatly improved, and will truly realize the “same breath and common destiny,” and the economic and cultural ties will be very close.

Hwang: How much does the BRI contribute to China’s grand strategy?

Huang: China’s grand strategy is to realize the great rejuvenation of the nation, instead of becoming a global hegemon like the US. The BRI will only allow China to more deeply integrate into the international community in terms of economic and social development. This may cause the US and the other Western countries to engage in more intense geopolitical struggles against China. In this sense, the BRI is a double-edged sword that enhances China’s capability to realize its grand strategy and exacerbates the confrontation between China and the West in the next few decades.

Qian: To add to that, the fundamental purpose of China’s diplomacy is to safeguard China’s sovereignty, security and development interests, creating a more favorable international environment for its rise.

Lin: China does not consider the BRI to be its grand strategy, but due to China’s economic influence and its size, the initiative must have certain geopolitical implications.

Hwang: Do you think B3W (Build Back Better World), suggested by the US, could be the US and its allies’ version of the BRI?

Huang: If B3W can meet the needs of developing countries in terms of infrastructure, industry, technology and finance, then it should be welcomed and supported by the international community. However, if it is only for the purpose of geopolitical and great power games, which forces the developing countries to take sides between China and the US, it is difficult to imagine a sustained, far-reaching and substantial impact of B3W.

Qian: B3W can exist together with the BRI, to make a greater contribution to the world. However, B3W is an ideological plan, marking the so-called “democratic” and “nondemocratic,” excluding the BRI. There are many beautiful slogans now, but Washington has shown a reluctance to invest in real money. And its domestic political split will also bring a series of obstacles to realize the B3W.

Hwang: How do you foresee the cooperation between Korea and China in terms of the BRI?

Qian: China and Korea will mark the 30th anniversary of the establishment of diplomatic ties this year. The BRI and “New North” and “New South” policies have practical conditions to connect. In particular, the concept and vision, promotion path, regional scope, cooperation areas and content are highly consistent. If successful docking is achieved, it will become a new opportunity and platform for China-ROK cooperation.

Hwang: Would a BRI cooperation that includes North Korea be possible?

Huang: For a long time to come, the DPRK’s primary concern will still be sovereign and political security. The space for cooperation between the DPRK and China in the fields of economy, trade, industry, and infrastructure needs to be further explored. The cooperation between China and the DPRK on the BRI may only be a matter of time and conditions.

Qian: As North Korea’s largest neighbor, the door is always open to it. Looking ahead, everything is possible. China has no reason to refuse it.

********
When we look back at one particular country’s economic cooperation with its neighbors, BRI is obviously incomparable in scale in terms of financial, physical, and policy aspects. Moreover, it is a fact that the BRI has had massive results. During the interview, the three Chinese experts generally were proud of what the BRI has cultivated so far, and had positive expectations of BRI’s future. Regarding the challenges that BRI is facing, they mostly acknowledged them as errors that could happen in the process, while emphasizing the bright side and being quite passive and cautious in mentioning the shade.

Nevertheless, we cannot purely accept BRI as a simple economic project. If “China First” dominates BRI, if Indo-Pacific countries actively respond to BRI, it might be difficult to be too optimistic about the future. The experts in the interview were discreet in reading BRI’s security and military aspects, but checks against China are coming from the US, US allies or friendly countries, as well as from some countries that are cooperating in BRI but are unsatisfied.

These are critical matters for BRI’s further expansion.
Korea has so far expressed its interest in Korea-China BRI cooperation, however, it cannot take practical steps forward since inter-Korean relations have not made big progress. Furthermore, although Korea is geographically and culturally close to China, there is a systemic gap between the two countries and Korea is geopolitically, geo-strategically, and geo-economically exposed to a dilemma between BRI and a “free and open Indo-Pacific” amid the rising tension between the US and China. In the end, the improvement of conditions on the Korean Peninsula will be the biggest facilitator of Korea’s entrance to the BRI.

Hwang Jae-ho is a professor of the division of international studies at Hankuk University of Foreign Studies. He is also the director of the Institute for Global Strategy and Cooperation and now a member of the Presidential Committee on Policy and Planning. This discussion was assisted by researchers Ko Sung-hwah and Shin Eui-chan.