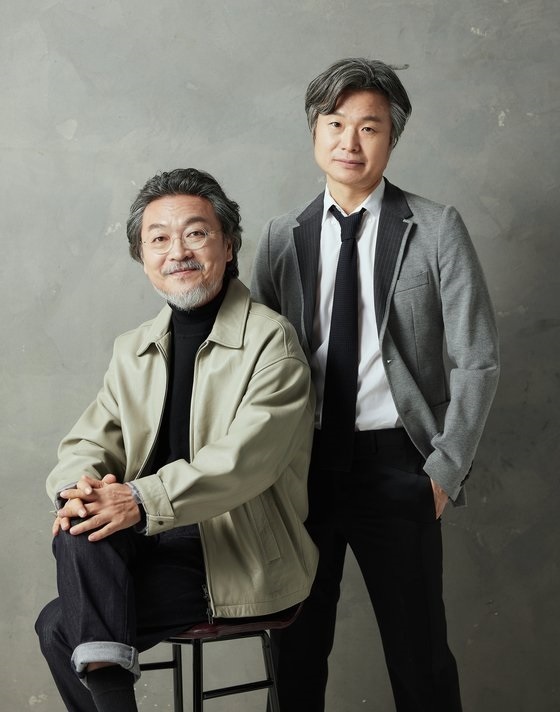 “I proposed this project to Choo,” Kim said during an interview with a group of reporters on Monday. “When I was traveling back in 2018, I was listening to the radio and heard politician Woo Sang-ho talking about his own perspective concerning the candlelight vigils.”

Kim said the story had intrigued him and told Choo he wanted to make a movie about it.

“After hearing the proposal, I told Kim that everyone -- for instance, politicians Choo Mi-ae, Sim Sang-jung and all the citizens -- must have their own perspective, so I was not sure how the movie would turn out,” Choo said. “But I also thought that it would be meaningful to make a movie about it, as it is something that even foreign journalists and diplomats are interested in. So I decided to do it.”

As both had no experience in film directing, the process was not easy.

“This probably will be my and his first and last film,” Kim said. “I had to constantly make decisions, it was so stressful.”

The movie shows what led millions of people to bring candles to the streets back in 2016 and 2017. It features the voices of many different people, including people of different generations, figures across the political spectrum and journalists that took part in the historic event.

“I made the movie chronologically because I did not want to make it complicated. I tried to show how Yeouido (politicians) and Gwanghwamun (citizens) reacted differently,” Kim said.

During the interview, the two directors were asked repeatedly about why the film is being released so close to the next presidential election on March 9.

The actor explained that the release was delayed several times due to a surge in the number of COVID-19 cases.

“So two years have passed that way. At the end of last year, we decided to release it before the election because, once the new administration comes into office, it would be a story that is too old,” Kim said.

The two directors added that minor changes were made to the movie as it is being released before the election.

“There is not much change from what we presented during Busan International Film Festival in 2020. A speech by Lee Jae-myung (Democratic Party presidential candidate) was added since it is being released before the election. We thought it was not right to have only the candidate of the main opposition party (People Power Party’s Yoon Suk-yeol) in the movie,” Kim said.

Kim added that he had also thought about interviewing Lee again, but did not follow through because it did not make sense to them to include a recent interview between interviews from three years ago. 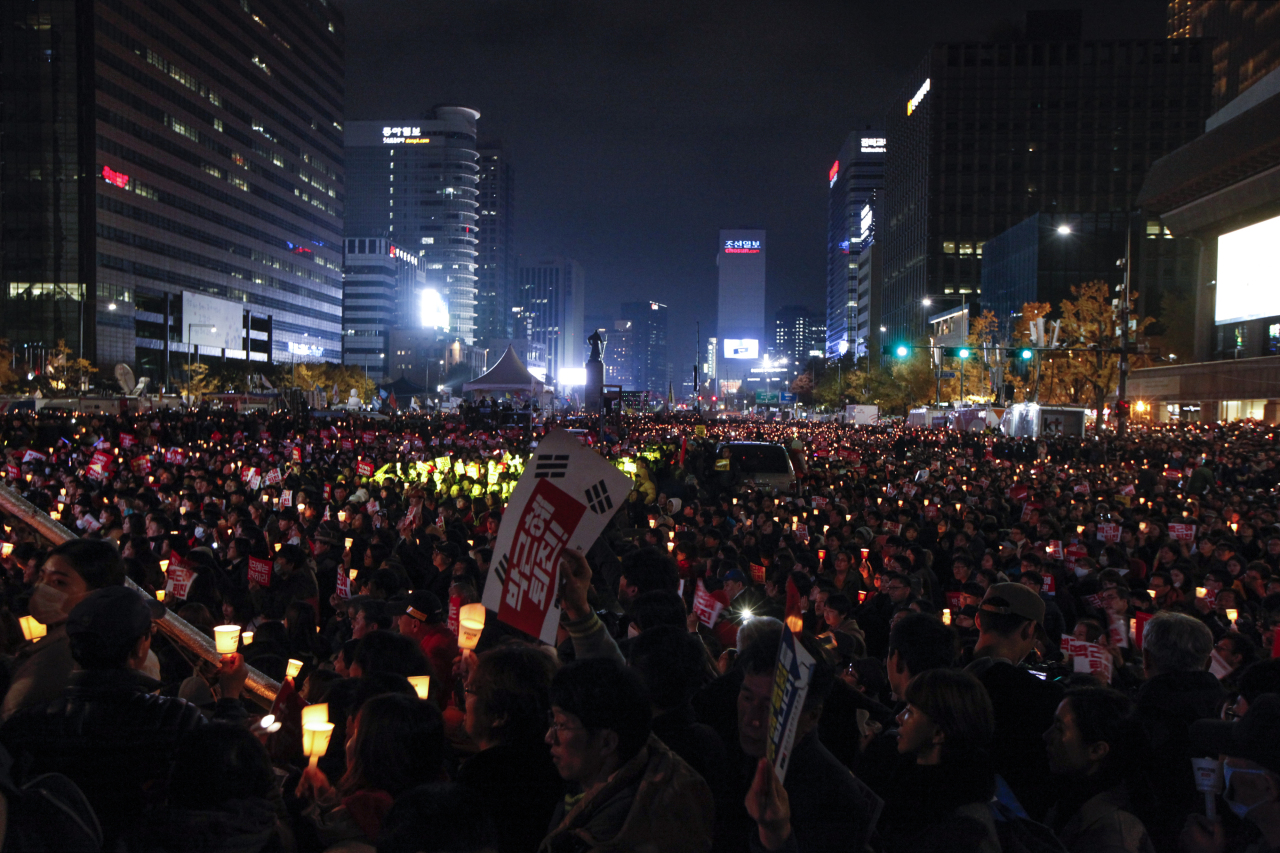 “Candlelight Revolution” (Journalist Choo LLC)
With the election looming, the response from theaters has been lukewarm thus far.

“We are having a hard time as multiplex theaters are reluctant to screen a political film, which can be seen as biased,” Kim said. “After watching our film some said they don’t think that it is biased but we are still having some difficulties finding theaters to release our film.“