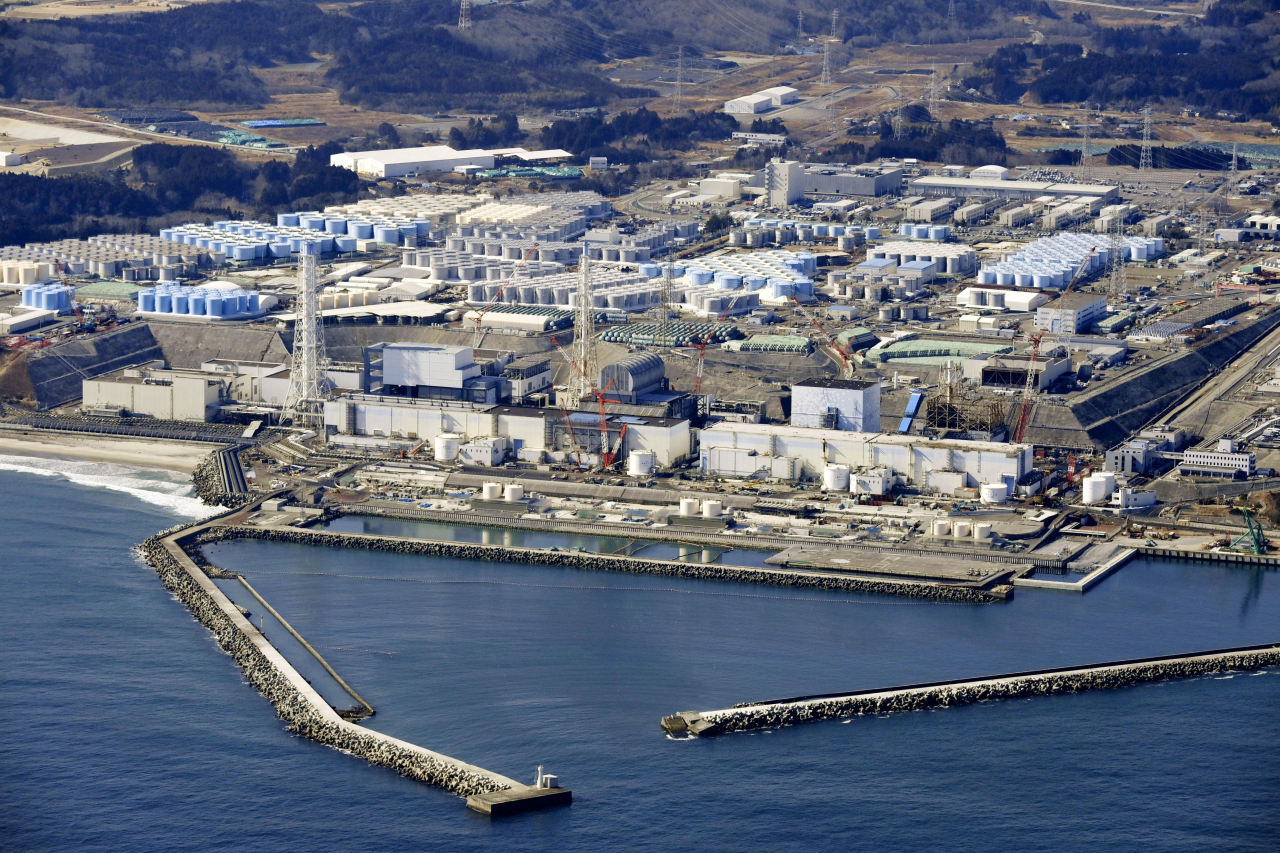 In this Feb. 13, aerial file photo shows Fukushima Daiichi nuclear power plant in Okuma town, Fukushima prefecture, north of Tokyo. The operator of a wrecked Fukushima nuclear plant said Tuesday, Dec. 21, 2021, it has applied for safety authorities' approval to construct an undersea tunnel and other facility needed for a planned release of treated radioactive water from the plant to sea. (AP-Yonhap)
South Korea is not considering lifting a ban on imports of Japanese seafood to win Japan's support for joining a mega free trade agreement in the Asia-Pacific region, Seoul's oceans minister has said.

South Korea is working to join the Comprehensive and Progressive Agreement for Trans-Pacific Partnership (CPTPP), which involves 11 nations, including Australia and Japan.

Japan has long been reluctant to South Korea's joining due mainly to Seoul's ban on Fukushima seafood.

Since 2013, South Korea has banned all seafood imports from eight Japanese prefectures near Fukushima on concerns over their radiation levels in the wake of the 2011 Fukushima nuclear power plant meltdown.

South Korea's Oceans and Fisheries Minister Moon Seong-hyeok said in a meeting with foreign correspondents in Seoul on Thursday that issues regarding regulations on Fukushima fishery products cannot be linked to the joining of the CPTPP. He described them as two "separate issues."

Separately, Moon called on Japan to provide transparent and detailed information on its plan to discharge radioactive waste water from the plant.

"Verification in an objective and scientific way is required. Japan should also have full consultations with neighboring countries to make a discharge decision," the minister said.

Last year, Japan announced a plan to start discharging the radioactive waste water stored in tanks at the power plant into the Pacific Ocean in 2023. More than 1.2 million tons of tritium-laced water is expected to be disposed from the plant. (Yonhap)