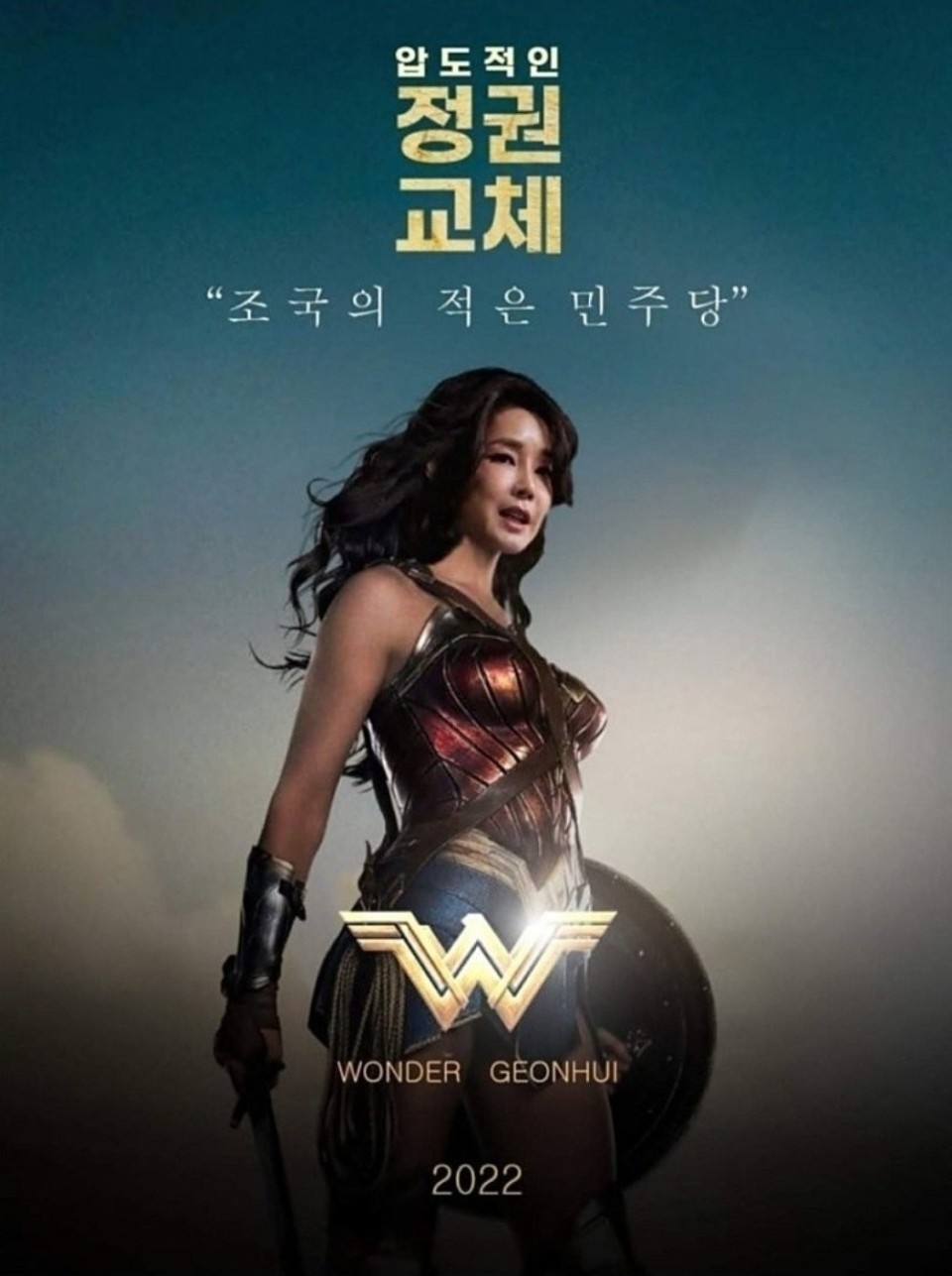 After controversial recordings of her phone call with a reporter were published last weekend, Kim has gained an unusual fandom, with her online fan club witnessing its members grow exponentially in only a couple of days.

While the latest phenomenon reflects the high expectations the electorate holds for the country’s first lady, experts warn the excessive attention shows “lopsided voyeurism” that could hurt democracy in the long run.

In presidential elections, public attention often follows the spouses of the presidential nominees, and parties are always ready to dig up dirt on rivals.

Since her husband was chosen as the main opposition party’s presidential candidate, Kim has been the subject of unchecked rumors. One such rumor is that she worked as a hostess at hotel nightclubs. In addition, allegations about her past have made headlines.

As a portion of recordings of Kim’s private phone call was made public by local broadcaster MBC on Sunday, her uncensored remarks -- those undermining the country’s #MeToo movement and showing support for a former governor serving jail time for sexual abuse -- immediately came under fire.

But some comments critical of both the conservative and liberal blocs, and showing the couple’s political inclinations were also perceived as “candid” and “refreshing,” overturning the expectation that the revelation would hurt Yoon’s reputation.

Her online fan club “Keon Love,” which was launched on Dec. 19, and had only about 200 members on Saturday, saw its membership grow rapidly in the past week after the recordings were publicized. As of Thursday afternoon, the fan club had over 39,000 members.

The front page of the fan club site shows a composite photo of Kim’s face on a Wonder Woman movie poster and links to a collection of social media posts idolizing her.

“Kim appears to have lived a life different from the society’s ‘normal’ standards. For example, her late marriage may have increased people’s curiosity,” Eom said. Kim and Yoon married in 2012, when Kim was in her early 40s and Yoon was in his 50s.

The private conversation that showed of her character also appears to have triggered public interest in Kim, who has been keeping a low profile despite calls for her to appear at campaign activities for Yoon. 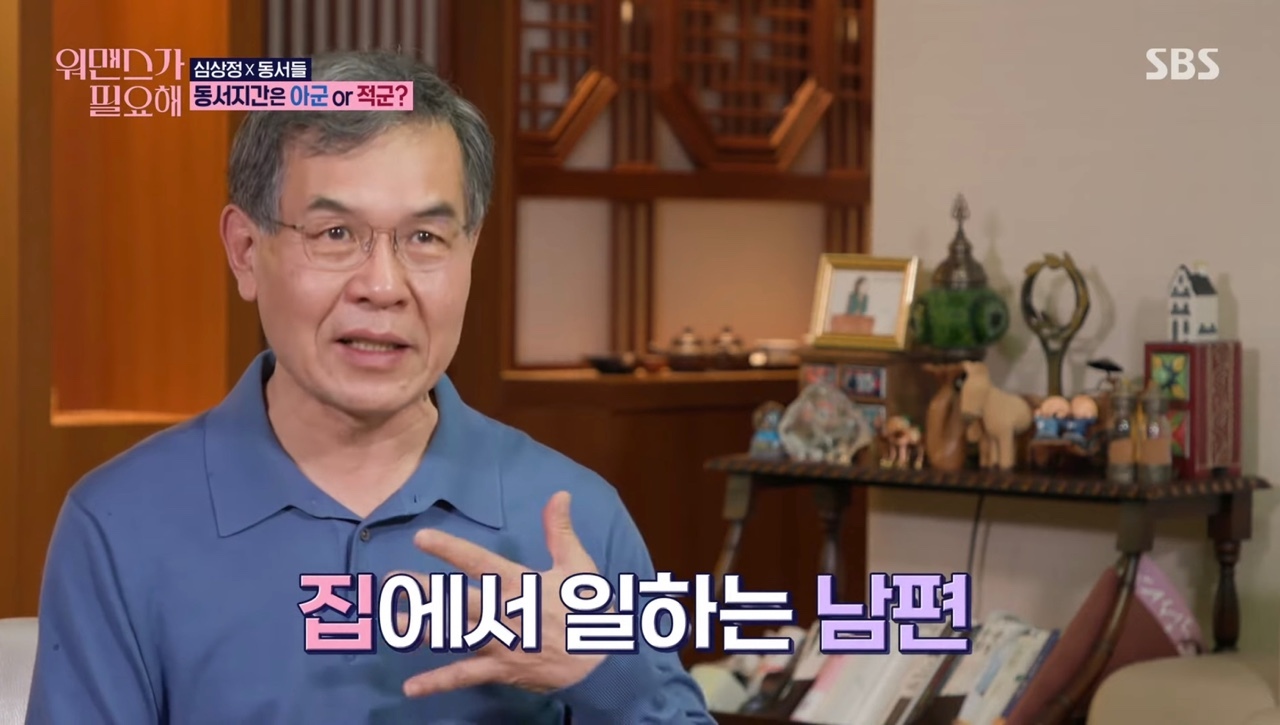 The public attention is not only focused on Kim Keon-hee. Ruling party presidential candidate Lee Jae-myung’s wife Kim Hye-gyeong has also been in the limelight, since Lee was the governor of Gyeonggi Province.

Kim Hye-gyeong has faced public scrutiny for her past actions and attitude several times, most recently when her telephone conversation with Lee’s niece was leaked. Although the phone call was private family matter, her hostile demeanor and use of foul language came under fire.

Because most presidential candidates have been men, their wives have often been the subject of attention. But after Sim Sang-jeung, the presidential candidate of the progressive Justice Party, appeared on a reality show in December with her husband, he was also seen as being a “supportive husband.”

The physical appearances and attire of the spouses of candidate’s spouses are also a common point of interest during this election season. A local monthly publication recently interviewed “gwansang” experts, or face-reading prophets, to analyze the facial features of the spouses to describe their personalities, and to predict if they are born with the “luck and energy” to lead their husbands if they are elected as president.

“(The excessive attention to the spouses) appears to reflect the lopsided voyeurism rampant in society,” Eom said.

Eom warned that the scandals and rumors that have been raised are mostly private matters, and have come to distract important discussions on the candidates and their capabilities to handle state affairs.

“(Excessive attention on spouses) can lead to cynicism and satire in politics, and it could damage the cause of political parties and democracy in the long run.” 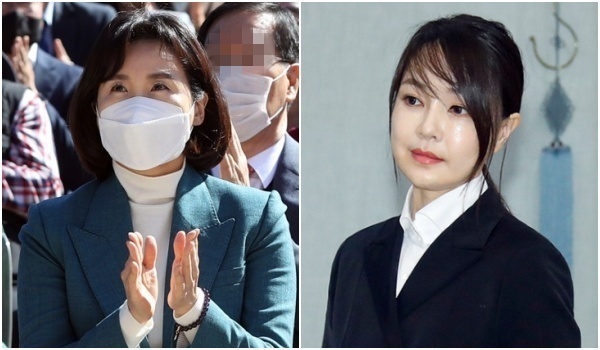 In presidential elections, the spouses of presidential candidates have always been the subject of interest for the public, as society holds high expectations for the person who will become the first lady.

The interest was clearly shown in polls. According to a survey by Research & Research commissioned by Channel A and conducted from Nov. 27 to 29, 55 percent of voters said their preference towards the spouses of the presidential candidates affect their choices, while 37.7 percent said it does not.

As much interest is concentrated on who will become the country’s next first lady, the position does not hold any legal duty to serve the country.

Still, a first lady stands in a powerful position and has the social influence to put a spotlight on issues the president misses out on. This is witnessed in the examples of past first ladies, Choi Jin, the head of the Institute for Presidential Leadership, told The Korea Herald.

“In Korea and also in the US, it is common to believe the spouses are second-in command. While it is not openly seen, they have an influence the president,” Choi said.

At the same time, the public is sensitive about outer force interfering in political state affairs, so the spouses often face rigorous vetting process by the people, he added.

A nation’s first lady is “the closest partner to the president at the heart of power,” Cho Eun-hee, who released several reports on the country’s first ladies, wrote in her book, “Korea’s First Ladies.”

“They played the role of connecting the president isolated on the peak of power to reality, delivering the public opinion. At the same time, they were prisoners behind the bar of people’s eyes.”