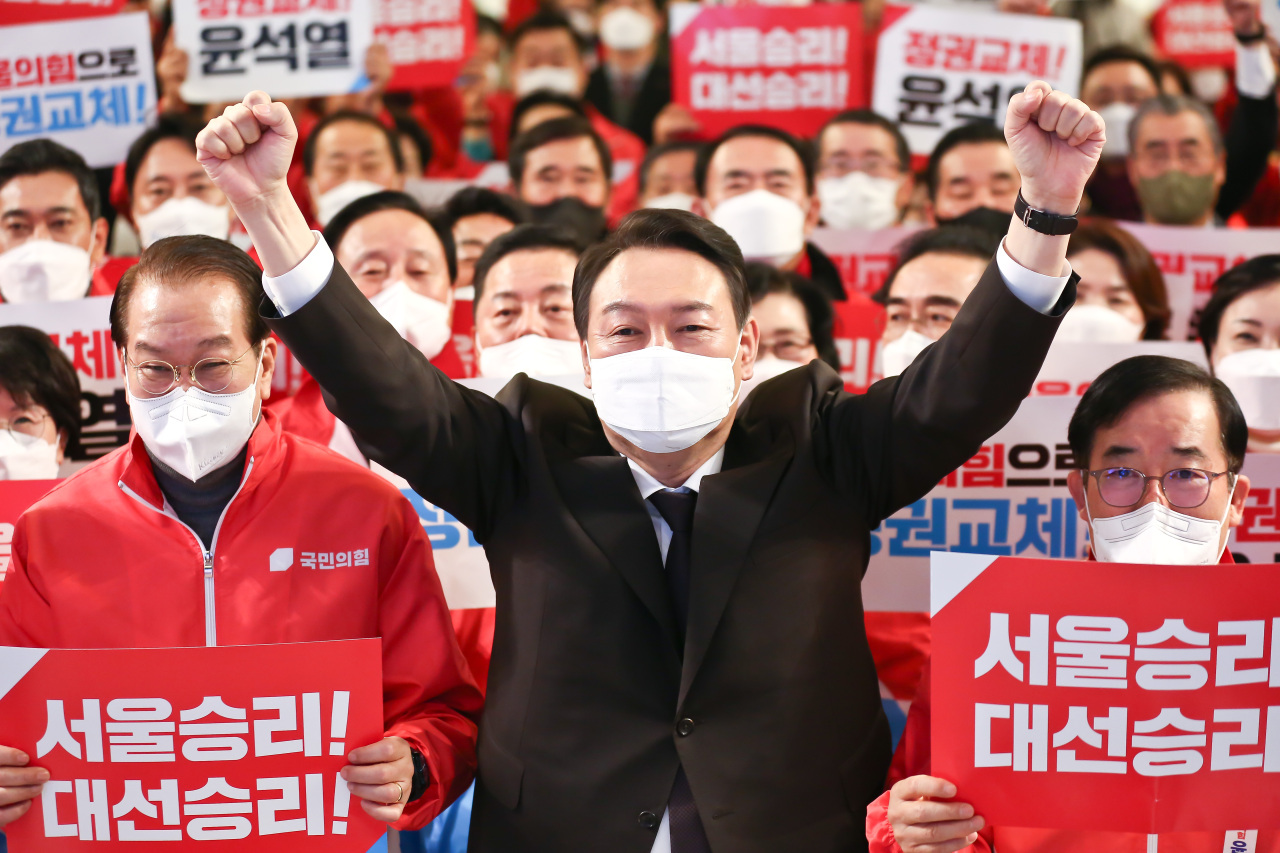 Yoon Suk-yeol (C), the presidential nominee of the People Power Party, punches the air during the launch ceremony of his campaign's Seoul committee held in the capital on Sunday. (Yonhap)
Main opposition presidential candidate Yoon Suk-yeol said Sunday he will deal sternly with illegal labor rallies if elected in March.

In a Facebook post, Yoon of the conservative People Power Party slammed the Korean Confederation of Trade Unions, a major umbrella labor group, over its massive street rally in downtown Seoul on Saturday.

"The KCTU, which reigns above the law, is a symbol of unfairness," he wrote, saying more than 15,000 people gathered in defiance of bans under the anti-pandemic law. "The Yoon Suk-yeol administration will deal strictly with militant labor unions' actions above the law."

Yoon likened the labor group's actions to a mockery of the nation as the people put up with various COVID-19 restrictions on private gatherings, business hours and other rules.

"I will set right the law and principles to ensure labor unions are faithful to their original purpose of enhancing workers' rights and interests," he said. (Yonhap)