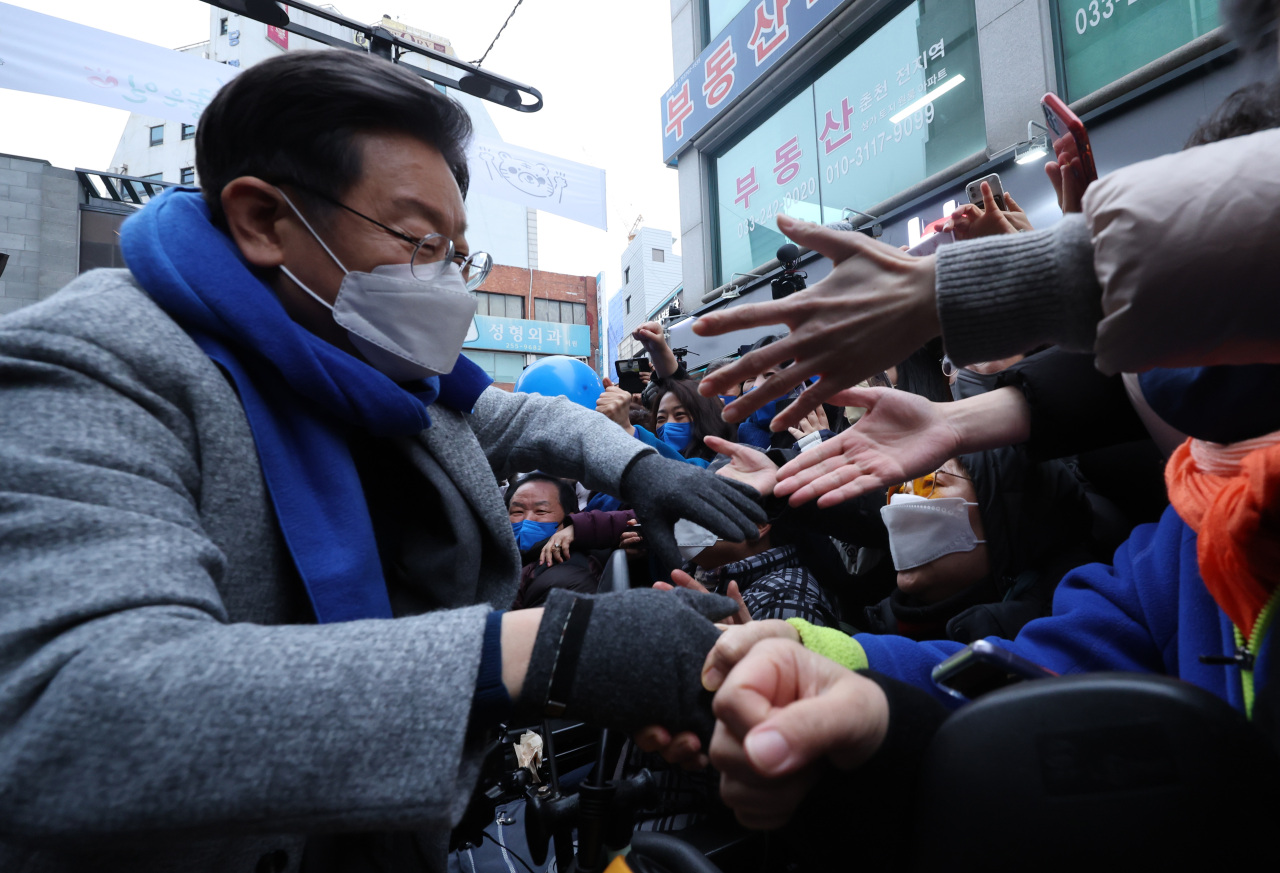 Lee announced the pledge during a visit to the border county of Goseong, 466 kilometers northeast of Seoul, referring to a program that was suspended in 2008 following the shooting death of a South Korean tourist at the mountain by a North Korean guard.

"I will reopen the doors of tourism to Mount Kumgang as soon as possible," Lee of the liberal Democratic Party said at an observatory overlooking the mountain range.

Lee also pledged to establish a special international tourism zone straddling the border and push for an ecotourism program inside the Demilitarized Zone dividing the two Koreas.

"Starting with exchanges in nonpolitical areas, such as tourism and sports, I will pursue inter-Korean coexistence through practical North Korea policies that benefit both the South and the North," he said.

He presented a vision for turning Gangwon Province, where Goseong is located, into a northern economic hub by reconnecting inter-Korean railroads and roads.

He said he will introduce a safety control system to completely block imports of fisheries contaminated by radioactive water and toughen inspections of local fisheries.

"Japan is forging ahead with its plan to release contaminated water from the Fukushima nuclear plant despite widespread concern and opposition," Lee wrote.

He added, "Japan's plan, which omits the process of information disclosure and verification, will serve as a major obstacle to building future-oriented relations between South Korea and Japan, following historical and territorial issues." (Yonhap)