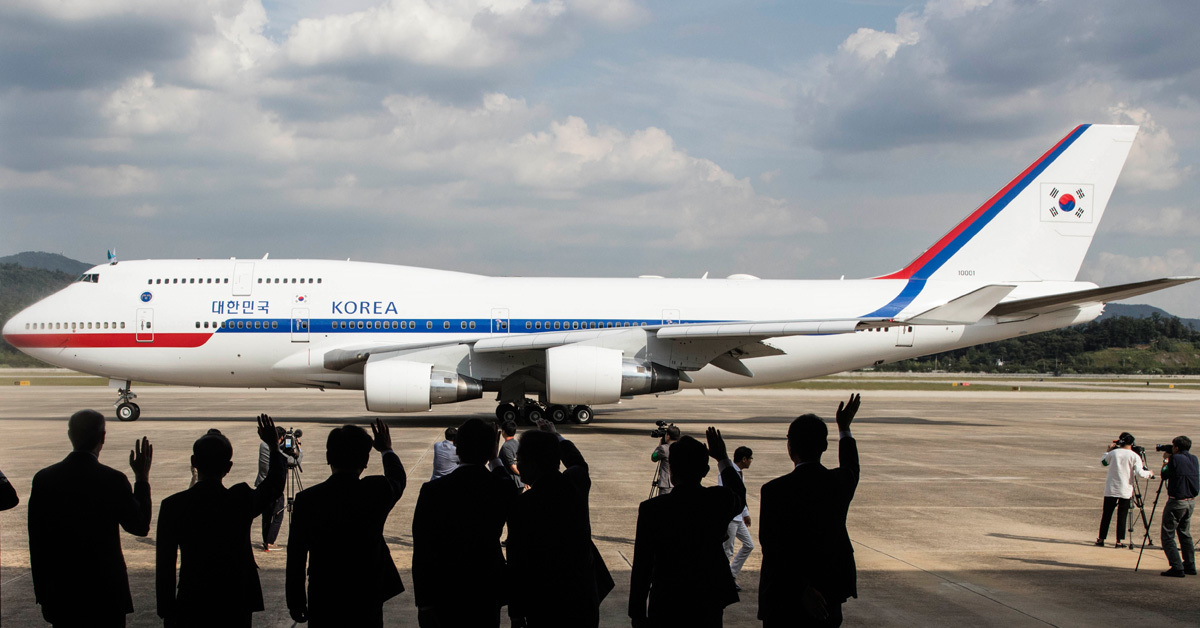 (Yonhap)
Cheong Wa Dae said Tuesday it will continue to lease a presidential jet, called Air Force One, an official said Tuesday in response to a news report that it is considering buying a new one.

The presidential office has leased a modified Boeing 747-400 airliner from Korean Air under a 10-year contract. It's slated to expire this year.

Cheong Wa Dae is planning for another long-term lease, and a related budget has already been allocated, the official told reporters on the customary condition of anonymity.

He indicated a move to lease a brand-new model, saying it would be put in use probably late next year after interior refurbishment and remodeling work.

Earlier in the day, the Seoul-based JoongAng Ilbo newspaper reported Cheong Wa Dae is seeking to purchase an aircraft. Citing an unnamed government source, it added Cheong Wa Dae has requested that airplane makers, including Boeing and Airbus, offer materials on some candidate models. (Yonhap)