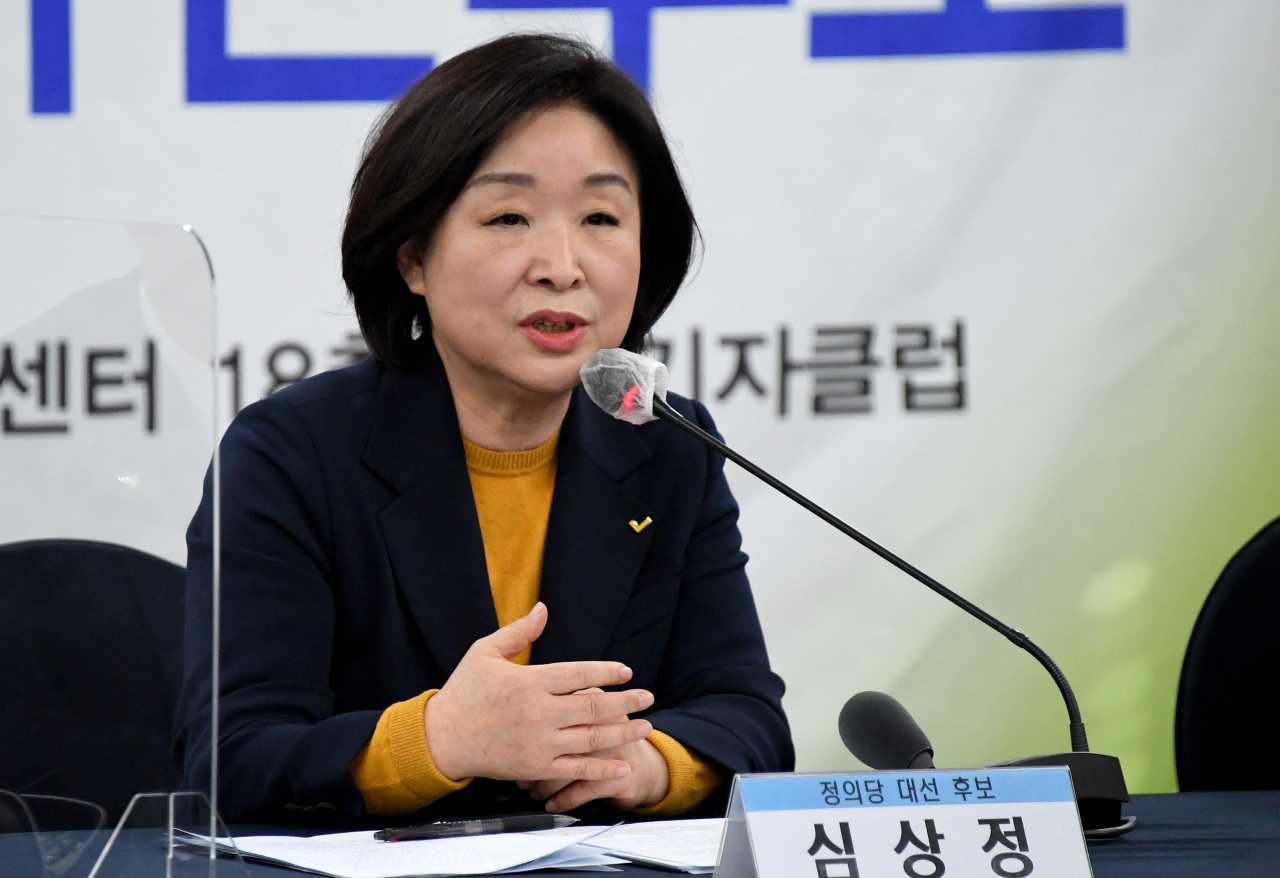 Presidential candidate Sim Sang-jung of minor progressive Justice Party speaks during a press conference in Seoul on Wednesday. (Yonhap)
All members of the campaign team for presidential candidate Sim Sang-jung of the minor progressive Justice Party resigned Thursday, following Sim’s decision to suspend all campaign activities the day before.

Sim, who has been struggling to raise her single-digit support rating, has put off all campaigning activities since late Wednesday saying she will take time for deliberation as the situation was “grave.”

“The party’s campaign committee is aware of the seriousness of the situation, and all members, including the committee chief decided to resign,” Lee Dong-young, the party’s senior spokesperson said on Thursday.

Since making her decision, Sim has cut off contact with the party members, as of Thursday afternoon, according to Justice Party Chairman Yeo Young-guk.

In recent polls, Sim has been struggling to earn more than single-digit support, staying at around the threshold 2 to 3 percent.

According to the survey by Hangil Research, Sim posted a 2.2 percent support rating, which is 1 percentage point lower than Huh Kyung-young, a cult leader and a presidential nominee of the National Revolutionary Party. The poll, commissioned by Kukinews, was conducted from Saturday to Monday to 1,014 adults.

The disbandment of the campaign team, and the suspension of activities do not mean Sim will quit in the presidential race, Justice Party leader Yeo said.

In a press meeting Wednesday, Sim had expressed her frustration with the low support rating.

“I see I am not earning trust from the people. It is frustrating and also worrying,” Sim said.

Sim is running in the presidential election for the fourth time in her party.