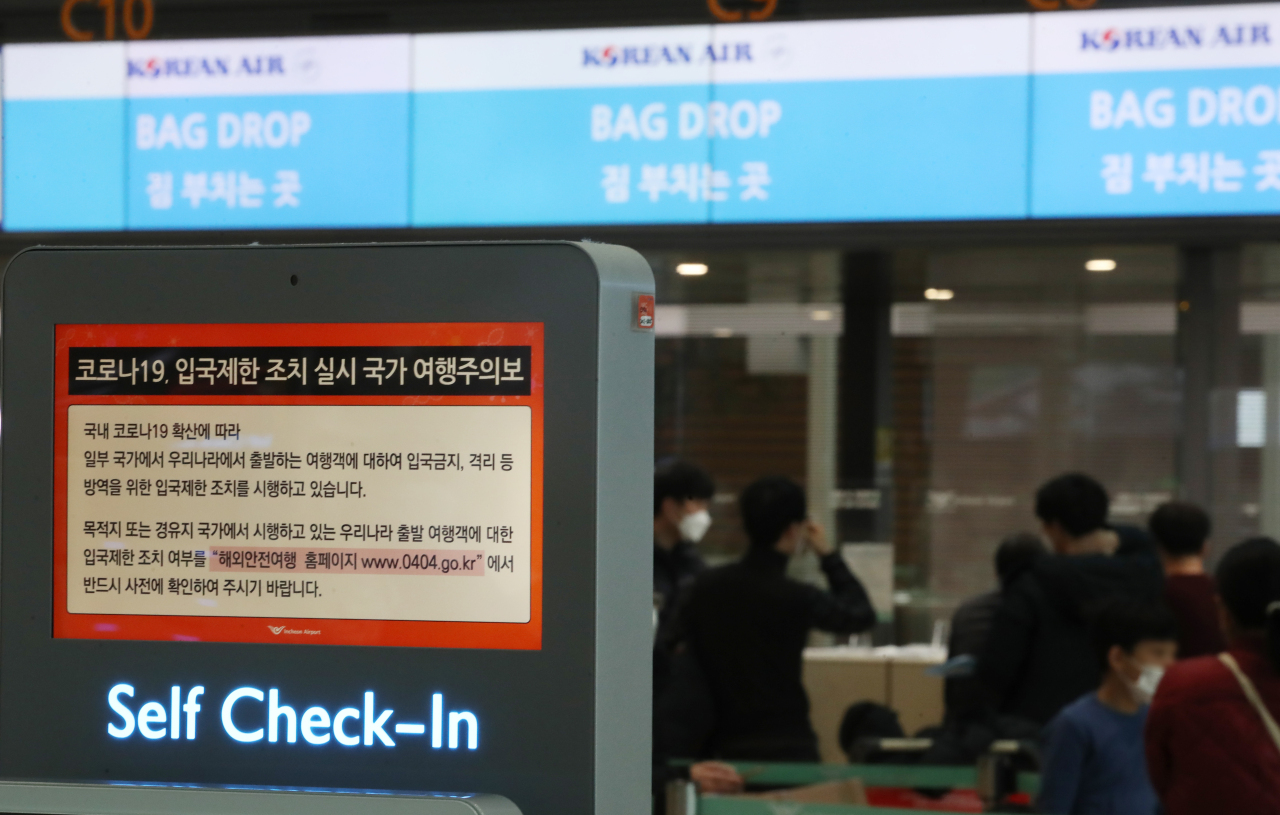 A Korean Air check-in counter at Incheon Airport's Terminal 2 pictured last Monday. (Yonhap)
South Korea will extend a travel ban on six countries in the Middle East and Africa as well as some parts of the Philippines for six months due to prolonged security risks, the foreign ministry said Friday. The ban was slated to expire on Jan. 31.

It will be extended for Iraq, Syria, Yemen, Libya, Somalia, Afghanistan and the southern region of the Philippine archipelago -- the Zamboanga Peninsula, Sulu, Basilan and Tawi-Tawi -- the ministry said.

The designated regions are exposed to constant risks of terrorist attacks and political instability that will likely persist for a considerable period of time, the ministry said.

Travel to Iraq, Syria, Somalia and Afghanistan has been banned since 2007. Seoul imposed the ban on Yemen in 2011, Libya in 2014 and the islands in the Philippines in 2015. (Yonhap)