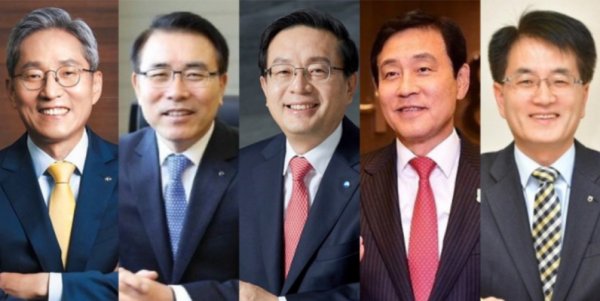 KB Financial Group, the nation’s No. 1 banking group in terms of total assets, must become the nation’s top financial platform and provide customers with the best digital services, its Chairman Yoon Jong-kyoo said in his New Year’s speech.

Yoon highlighted KB’s interim goal focusing on bolstering its core financial competitiveness, expansion of global and nonfinancial businesses, boosting the role of its mobile and online banking platform, securing a unique pool of environmental, social and governance, or ESG, leadership and pursuit of a creative and open organization.

He called for KB employees to provide customers with high quality, high speed and low-cost services through a customer-oriented mindset.

“Internet-only banks and Big Tech’s new moves have been leading the changes in the financial market,” Cho said in his New Year’s speech.

“Customers today are moved by the different experiences that financial institutions can provide for them, instead of the firms’ size or profit. We must provide various solutions as a financial group for a better future,” he added.

“Investment and cooperation with innovative businesses must be actively pursued for our corporate customers that face hurdles in working with Big Tech,” Kim said.

“We hope this year will be an opportunity to look back on NongHyup’s path and paint a new future for the group,” Son told his employees.

“I ask my employees to pursue digital business from a customer perspective.”

Though the top five banking groups have so far posted record-breaking profits this year, Big Tech financial services and fintech platforms have been growing at an unprecedented speed.

KakaoBank, affiliated with Kakao Corp., the operator of the country’s dominant messaging app KakaoTalk, saw its cumulative net profit in the January-September period last year jump 95 percent on-year to 167.9 billion won ($141 million). The bank had 17.4 million users as of end-September 2021, up from 15.4 million users at the end of 2020.

KB said in October last year that its net profit in the first nine months of the year came to 3.7 trillion won, eclipsing last year’s annual net profit. It is currently South Korea’s No. 1 banking group by assets, holding 650.5 trillion won as of end-September.