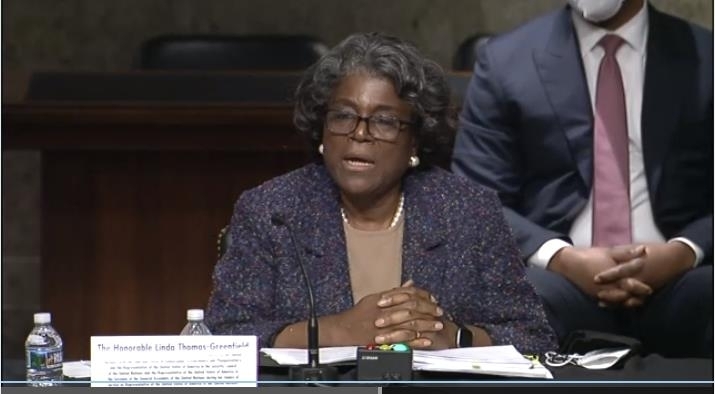 Thomas-Greenfield will lead the US delegation to the virtual 2021 UN Peacekeeping Ministerial hosted by Seoul on Dec. 7 and 8 to reaffirm US commitment to improving peacekeeping operations, the US Mission to the UN said Friday (local time).

"UN peacekeeping missions are one of the most effective tools the global community has to respond to violence and conflict,"

Thomas-Greenfield said in a release. "That's why the United States is the largest funder of UN peacekeeping in the world, and that's why I am looking forward to this year's UN Peacekeeping Ministerial."

The senior US diplomat initially considered in-person participation at the conference but changed plans as Seoul turned the in-person conference into a virtual event due to the omicron variant, according to informed sources. The sessions will be livestreamed on YouTube and UN Web TV.