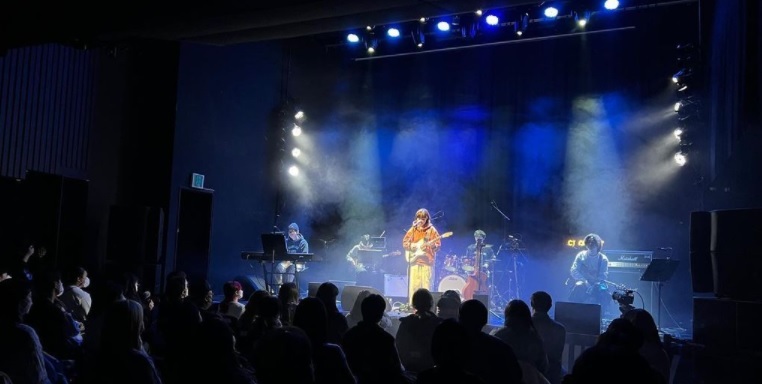 Normally a monthly one-day event, the Live Club Day is being this time in a festival format running until Dec. 21. Over the three weeks, 32 bands will perform in concert halls and clubs in Hongdae, long the center of live indie music in Seoul.

It was the first offline Live Club Day in over two years, but performers were still not able to return to the usual atmosphere. The audience were asked to remain seated and keep their silence even behind their masks and only allowed to clap to comply with the social distancing guidelines while the microphone used was changed after each artist’s performance.

“It is a little bit sad to play our music without any fan chants and sing-alongs, because I still don’t know whether if you guys are enjoying our performances. Are you really enjoying the festival?” Park asked the audience after performing her first song, “See The Eyes, Fill It Up The Glass.”

“But meeting our fans in an offline concert and seeing the audience eye-to-eye simply gives a huge amount of energy for the artists to live on and look for a bright future. I hope we see each other more often after the COVID-19 situation gets better,” the artist said.

Fans found creative ways to show their appreciation amid the ban on sheering and chanting: a rubber chicken that makes loud quacking sounds and smartphones and tablet PCs displaying messages of appreciation.

Each singer performed eight or nine songs -- a mixed experience for fans who wanted more. 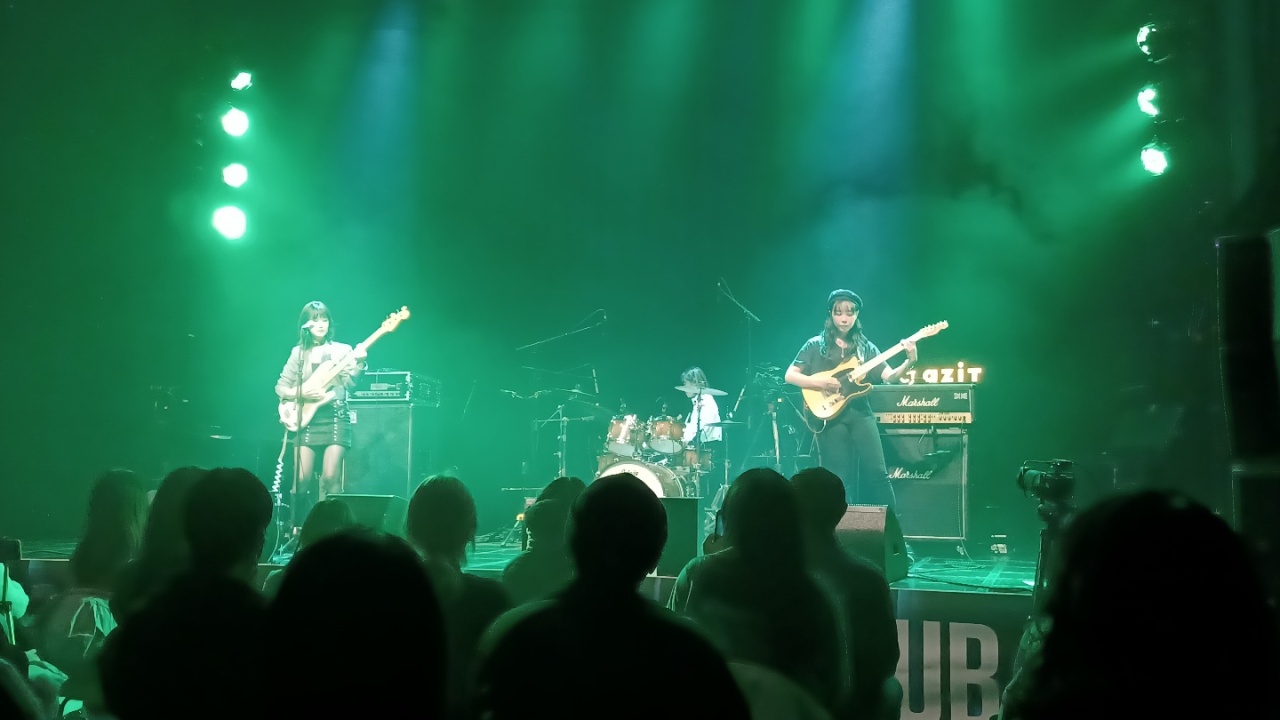 “It’s really disappointing that artists and fans are not able to talk to each other, but offline stages, like Live Club Day, certainly give artists and fans an opportunity to build a special bond amid the COVID-19 pandemic era.”

Proving the fans’ love for the long anticipated return of live performances, all tickets for this month’s Live Club Day shows have been sold, but the performances will be live-streamed on YouTube channel Azit Live.