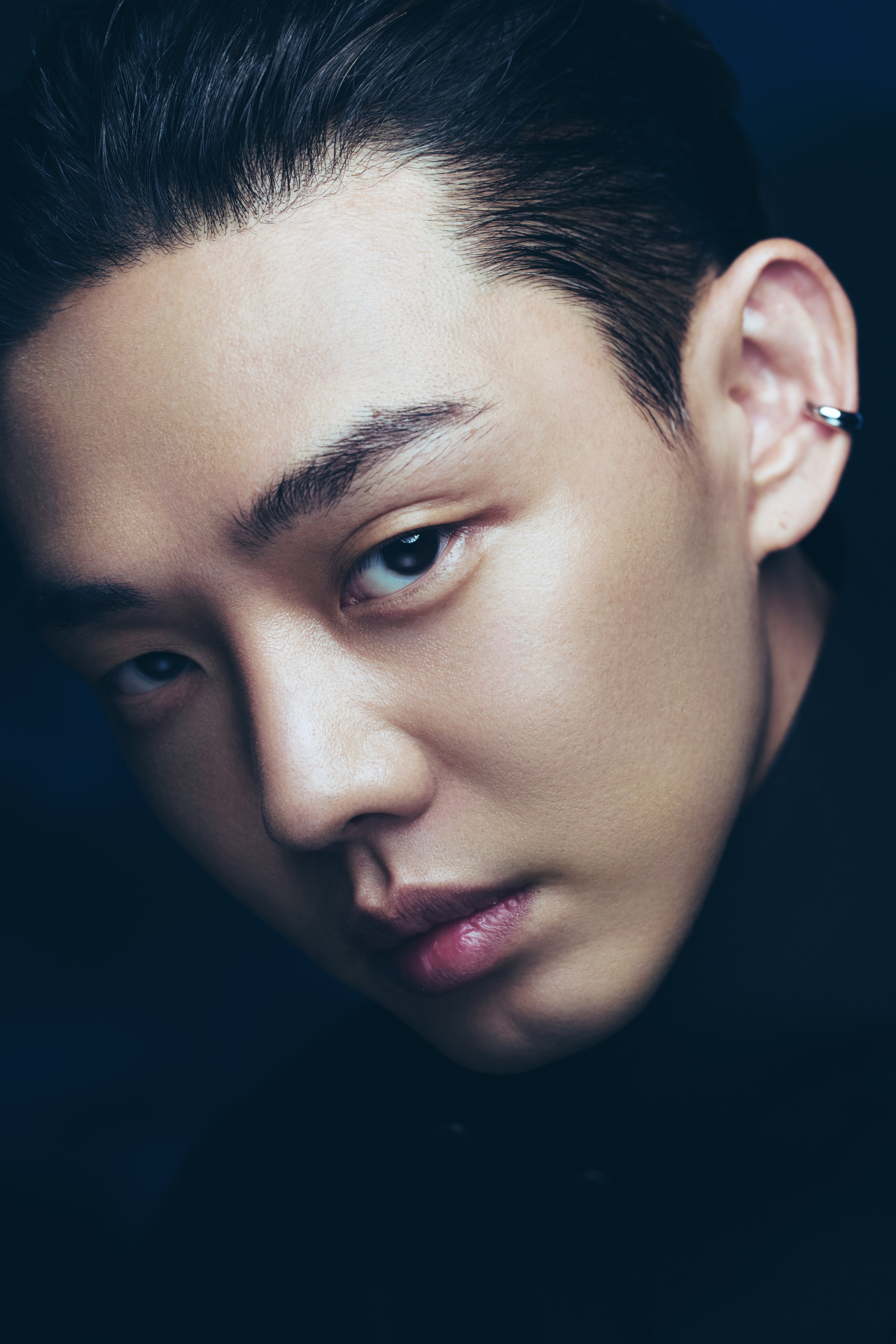 Actor Yoo Ah-in (Netflix)
“Having blind faith about unverified information and online-offline bullying with that knowledge are very common in our modern society,” Yoo Ah-in said in an online interview with a group of reporters Wednesday.

“There were reviews about ‘Hellbound’ less than an hour into its release. People were making a huge fuss about the information that they heard from a five-minute YouTube video, believing that was the absolute truth. The collective madness, hatred and violence are not the only themes in ‘Hellbound.’” 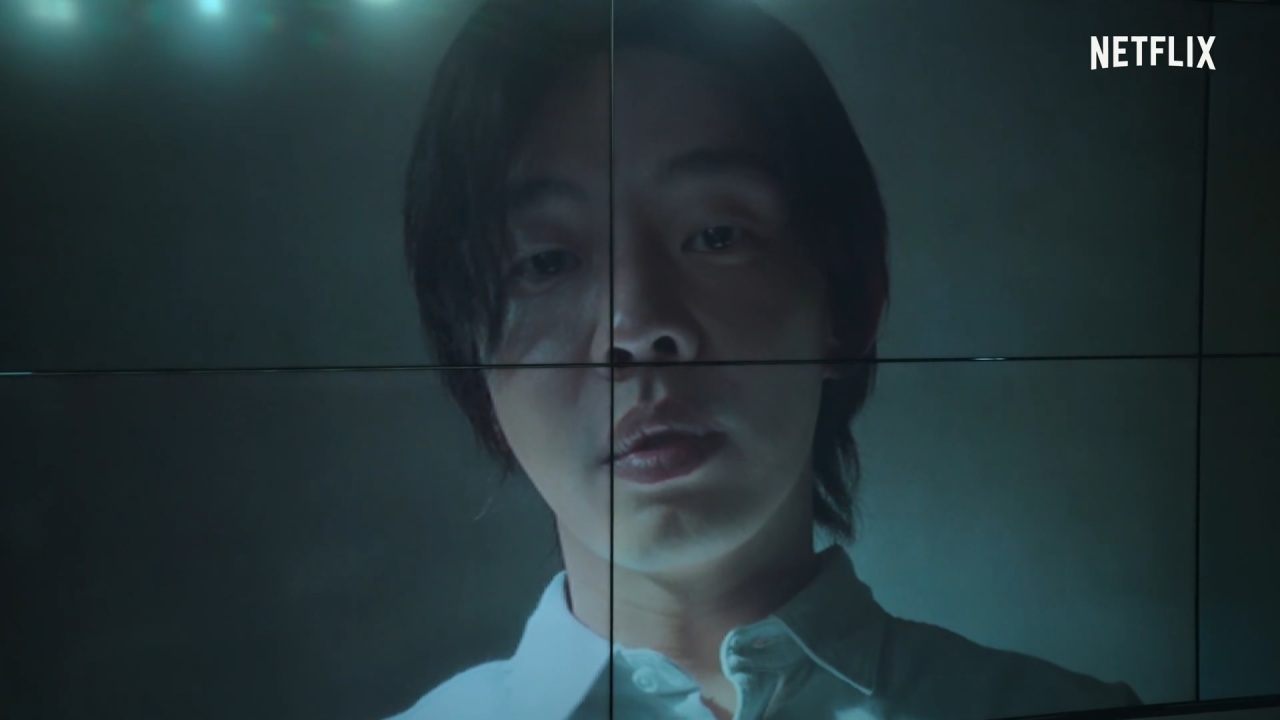 The New Truth’s leader Jung Jin-su (Yoo Ah-in) glares at viewers in “Hellbound.” (Netflix)
After all, aside from a few festival prescreenings, few had seen the drama in advance, so the hype around the drama was arguably an act of faith, Yoo said, drawing a parallel between the drama’s narrative and Korean society, as evidently shown by people’s response to the series.

In the drama, Yoo plays the New Truth’s Chairman Jung Jin-su, a young and unorthodox character who persuades others with a calm voice.

He appears to remain in character even at the press conference, until he unleashes a huge smile while being asked about the success of Netflix’s latest fantasy-thriller.

“Topping the chart is not a daily event, so I was delighted when I heard about the global fervor for our project. But, to be honest, releasing quality work to the global audience and receiving international feedback were more exciting as an actor,” Yoo said. 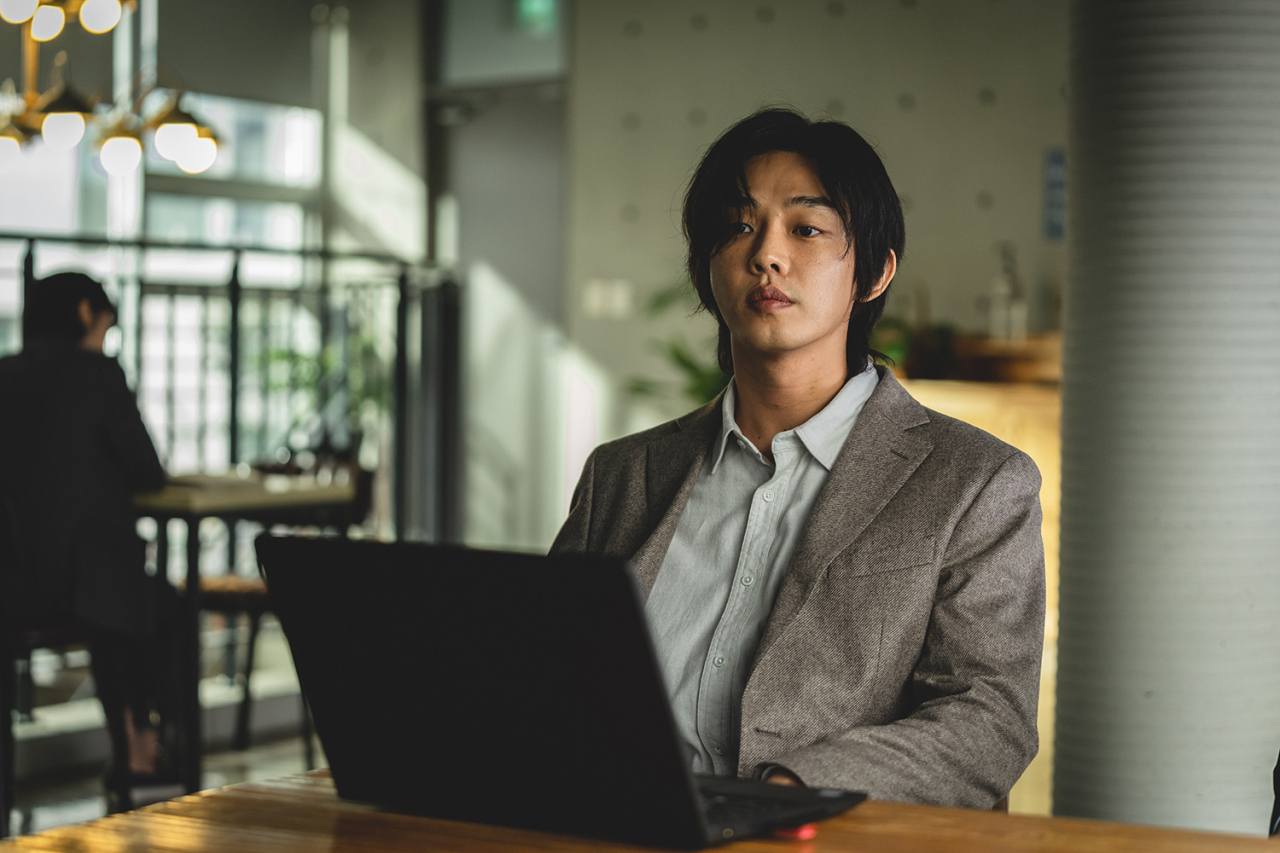 Jung Jin-su appears as a young and mysterious pseudo-religious leader in “Hellbound.” (Netflix)
For the 35-year-old actor, taking the role of a webtoon character and depicting the leader of a much-maligned cult required solid preparation.

“When I searched about heads of cults, many of them were rather quiet and calm, being very different from how many previous drama series portrayed them as loud, passionate and brawling figures,” Yoo told The Korea Herald.

“Though I did not refer to a specific cult leader or a character from books and movies, the director and I tried to create the mood of Jung Jin-su after studying and evaluating various pseudo-religious leaders,” the actor added.

As an initial lead character in the series, playing the part of Jin-su was a lot of pressure, according to Yoo.

“Because Jin-su was a mysterious character who relates himself greatly with the supernatural events in the series, I needed to maximize the tension and suspense of the storyline with minimum camera time. Leaving an impression that Jin-su was the mastermind in bringing the chaos to the world was very challenging. I was extremely nervous in portraying Jin-su, reminding myself of the goals to achieve in specific scenes,” Yoo said. 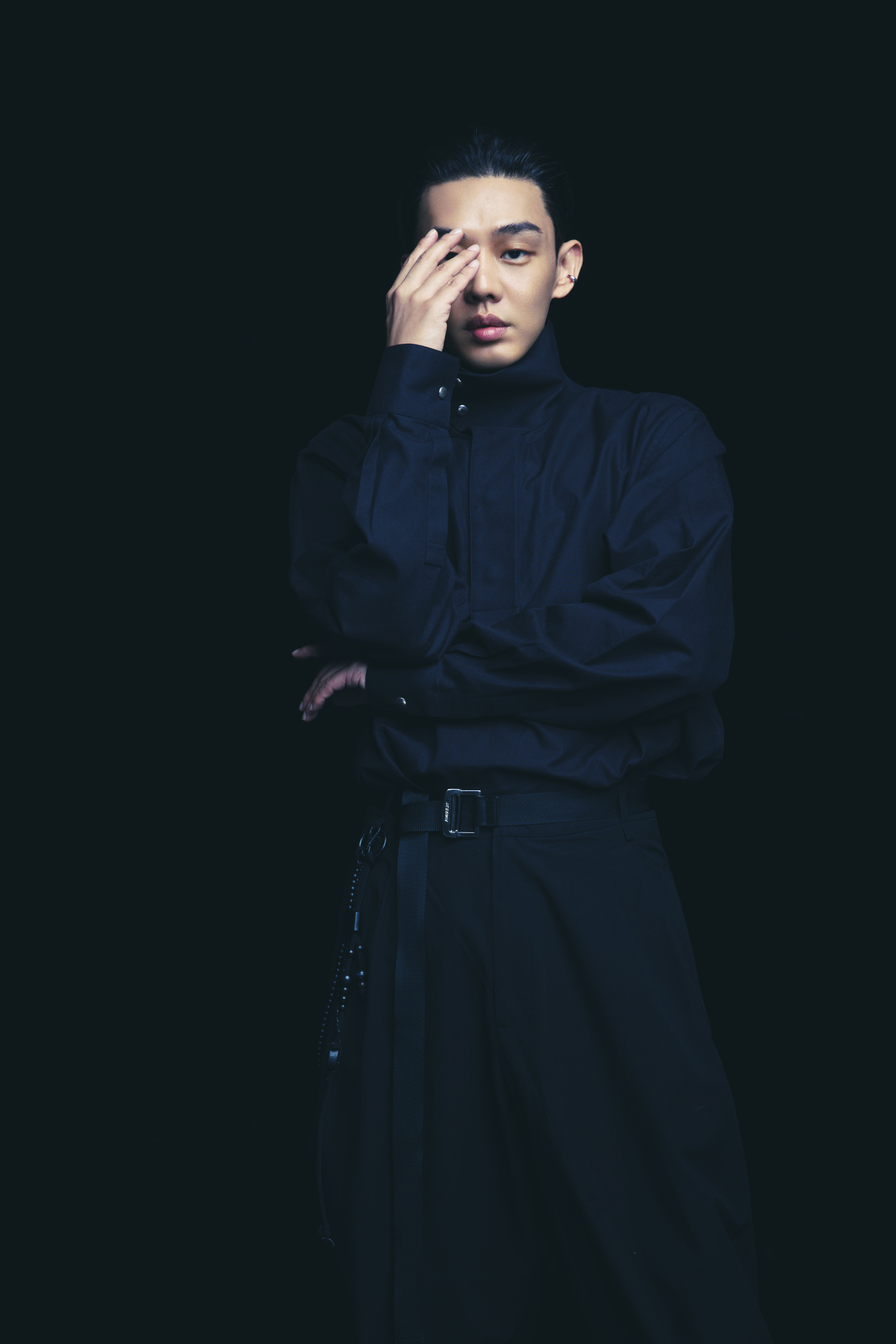 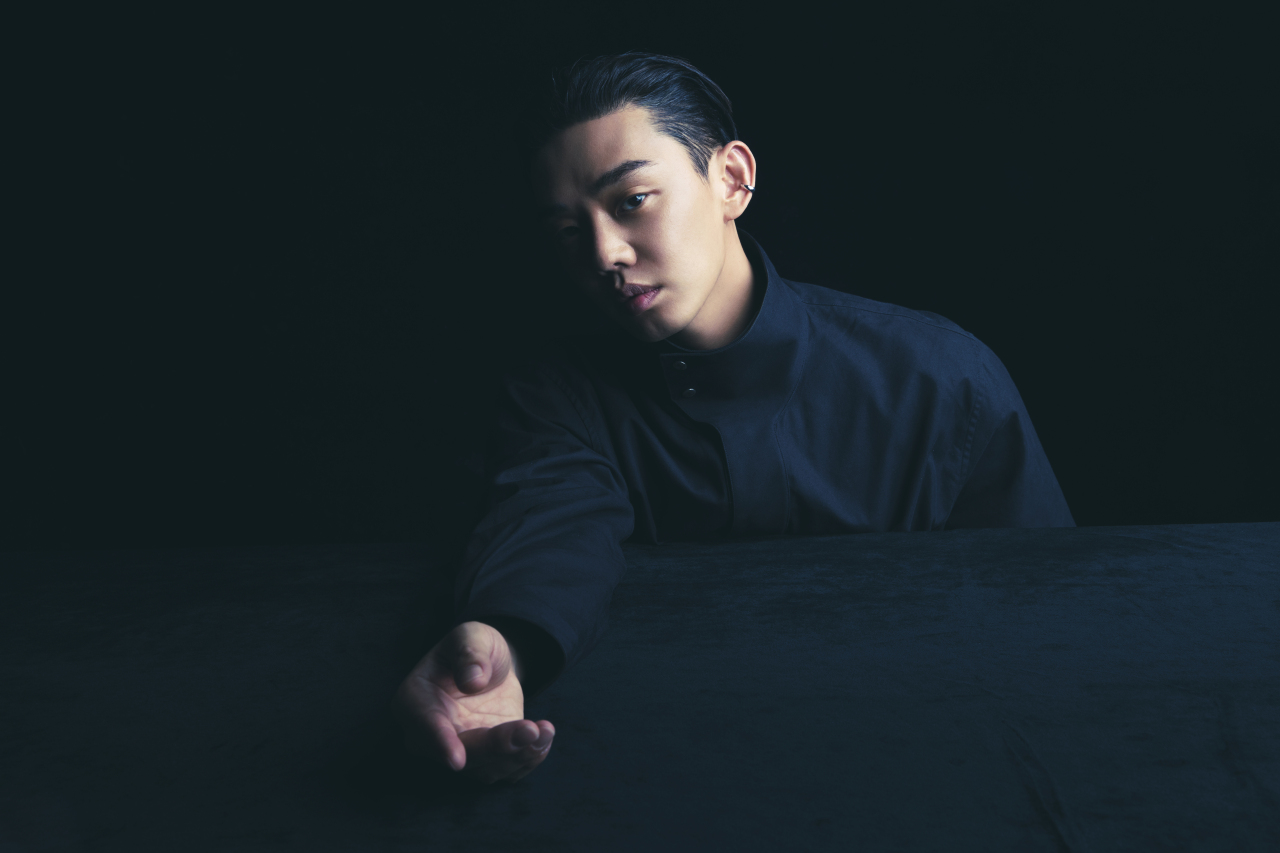 Actor Yoo Ah-in (Netflix)
While he jokingly said he was happy to exit the series early, leaving him less work to do, Yoo also revealed his desire to make a reappearance in the second season.

“Don’t you guys think the series will become more interesting after I come back from hell?” the actor questioned the reporters.

Toward the end of the interview, Yoo also shared his thoughts about the growing popularity of Korean content on the global stage.

“I believe the smartest move, as an actor, is not to be so self-conscious. Acting in Korea and overseas will not, and cannot, be that different. Instead of dwelling too much on the recent success, staying humble and calmly focusing on the next project might be a good move to make at the moment. I think this can be a way to continue the global sensation and love for Korean content, long term.”