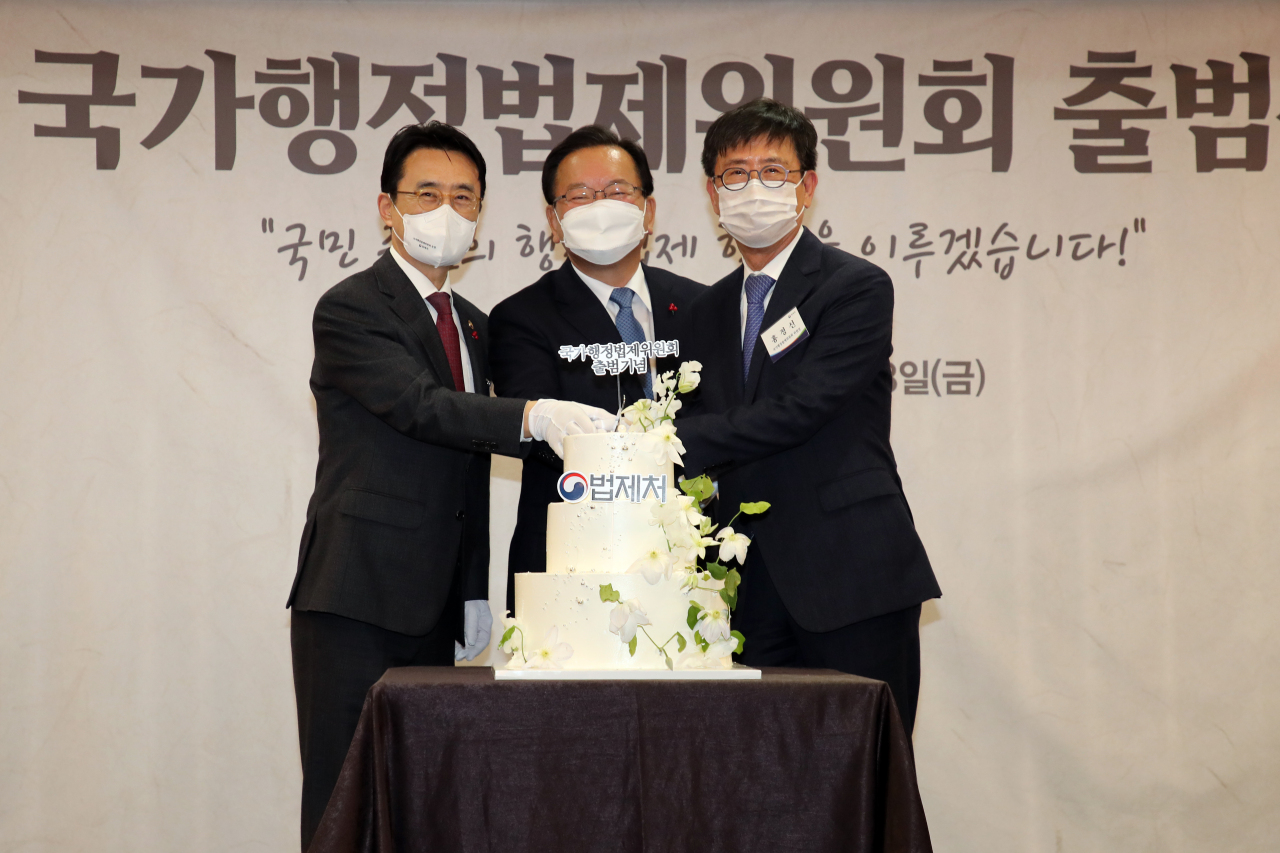 The National Administrative Legislation Committee has been launched as an advisory body on the administrative legal system at the national level, officials said Friday.

The joint public-private committee, which belongs to the Ministry of Government Legislation, will be jointly chaired by Minister Lee Kang-seop and private chairperson Hong Jung-sun, a former professor at Yonsei University. It has a total of 38 members.

At the first plenary session held on Friday, the committee‘s detailed operation plan was shared, and the subject of the legislative impact analysis was discussed and finalized.

The impact analysis was introduced for the first time in Korea and will be conducted from next year. Once the subject of the study is confirmed, an agency will be selected early next year and the analysis will be conducted in cooperation with the relevant ministries, officials said.

In the future, the National Administrative Legislation Committee will have three subcommittees for each field to discuss matters related to the revision or supplementation of the General Act on Public Administration.

Minister Lee Kang-seop said at the launching ceremony, “We will make efforts to make the committee a meaningful venue to establish principles and standards of the administrative legal system and discover legislative tasks necessary for the people.”