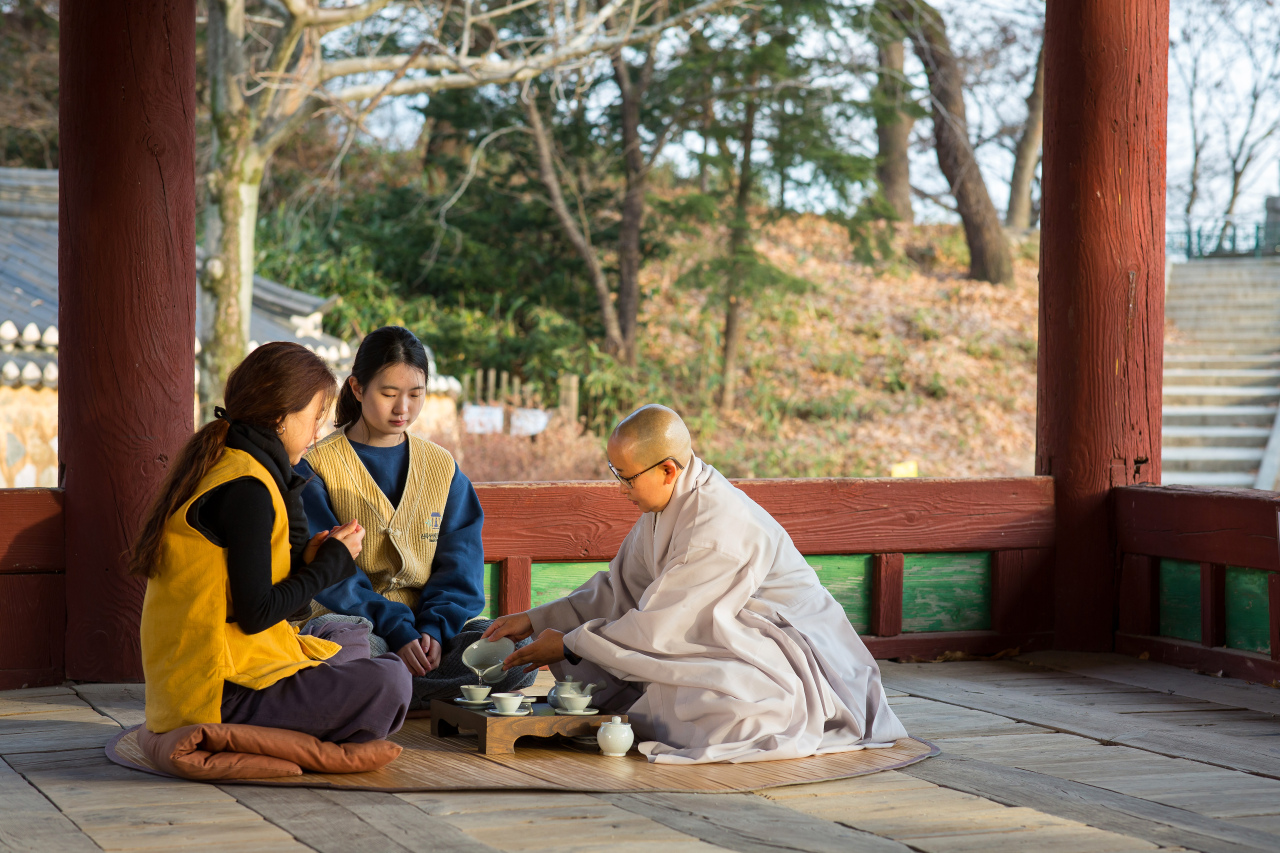 Silleuksa, a temple situated on the riverside in Yeoju, Gyeonggi Province, is one of the accommodations offered under the Templestay program. (The Cultural Corps of Korean Buddhism)
The Cultural Corps of Korean Buddhism will expand its international projects next year in commemoration of the 20th anniversary of the Templestay program, which next year is expected to have welcomed an accumulated 6 million guests since launching in 2002.

“Next year will be a year to look back on what we have done over the past 20 years with the Templestay programs, which have received a lot of love and attention at home and abroad. We are in the process of undertaking international projects with a number of institutes and foundations around the world,” said the Ven. Wonkyung, head monk of the corps, at the year-end press conference on Tuesday, adding that the details will be released in January.

“We will continue the lectures next year and hopefully we can go to the school to lecture in person. We are watching the pandemic situation in London,” an official from the corps told The Korea Herald.

After Templestay was temporarily shut down last year due to the pandemic, the corps has been offering Templestay programs for free to medical personnel, firefighters, artists and those working in the travel sector. Some 12,000 people participated in the program and the program will continue next year.

With the “living with COVID-19” scheme implemented in November, the corps launched a special Templestay program for people who wish to have a relaxing time at a temple. The program is available for 20,000 won per stay.

The Ven. Wonkyung added that the pandemic also has changed the culture of Templestay as people are becoming more reluctant to share rooms, requiring temples to provide more rooms, for example.