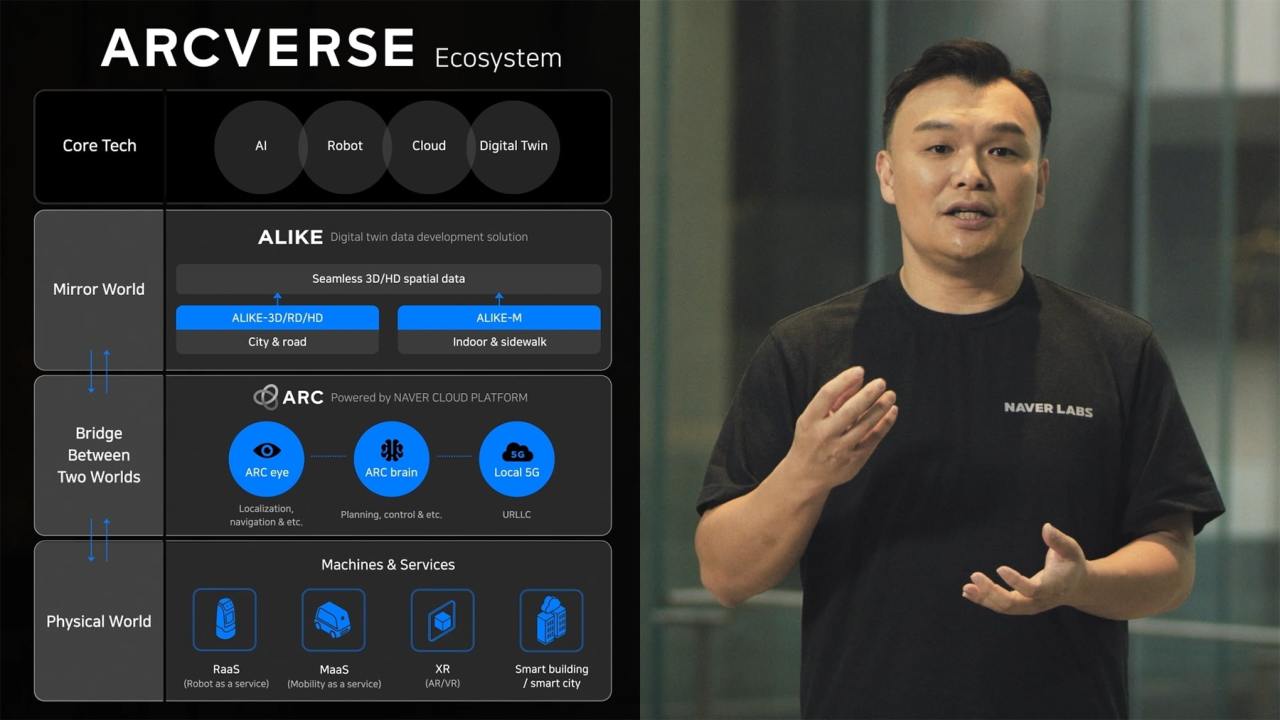 “We will soon launch Arcverse, a metaverse ecosystem, that connects the virtual world and real world. In Arcverse, users will be able to use the data and services from both worlds at the same time,” said Seok Sang-ok, CEO of Naver Labs, during Deview 2021, Naver’s 14th developer conference.

For instance, if people use artificial intelligence to make a cup of coffee in Arcverse, it will do the same in the real world. In Arcverse, country borders would be meaningless, the company said.

According to Seok, Arcverse will be created by combining systems -- digital twin, a virtual model accurately reflecting a physical object, systems of robotics and automatic driving and augmented reality that interact with the real world, as well as 5G, AI and the cloud acting as a bridge between the real and virtual worlds.

Naver laid out its plans to open top-notch AI services as well.

“Many are becoming familiar with AI services such as Clova Note and Face Sign. On that note, ‘Hyper Clova’ will provide new AI services that will improve our daily lives,” said Sung Nak-ho, team leader of AI platform Naver Clova.

Using Hyper Clova, for instance, sellers can get suggestions from the AI on writing sales copy that catches customers’ attention.

The Deview conference takes place from Wednesday to Friday. There are 116 sessions within the conference to share Naver developers’ technology know-how in search engines, AI, the cloud and robotics.

In 2008, Deview started off as an in-house tech event. Under the slogan of “excellence, sharing, growth,” Naver has opened its doors to the public since 2010. Starting from 2017, the conference has featured sessions with Naver Labs Europe, a global AI research center under Naver, to share the world’s leading research on innovative technology.