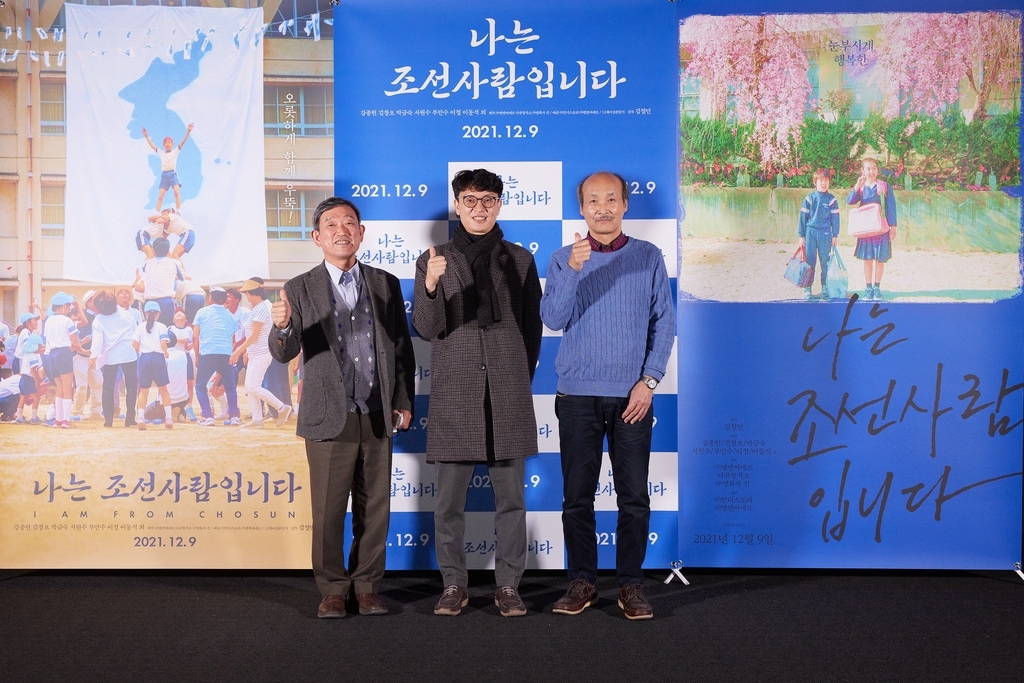 From left: Kang Jong-hun, director Kim Cheol-min and Lee Dong-seok pose after a press conference at CGV Yongsan in Seoul (IndieStory)
One of the frequently asked questions of Koreans traveling abroad is: “Are you from the North or the South?”

The protagonists of Kim Cheol-min’s independent documentary film, “I Am From Chosun,” would answer the question by saying they are from both, or perhaps neither.

Kim’s documentary depicts his journey of learning about the Zainichi people in Japan, who are ethnic Koreans who moved to Japan mostly during the early 1900s before the Korean Peninsula was split into South and North at the end of World War II.

“I meet them (Zainichi) for the first time in 2002 at Kumgangsan (in North Korea) and I was shocked to find out that I was so ignorant about their history,” Kim said during a press conference held at CGV Yongsan in Seoul on Tuesday.

The director added that he started planning the movie after meeting other Zainichi people in Japan in 2016.

The film centers around the first generation of Zainichi and their descendants who identify themselves as people of “Chosun,” referring to the prewar Korean Peninsula, and neither South nor North Koreans. The film exposes the many difficulties faced by Zainichi living in Japan.

“I Am From Chosun” won the jury award at the 2020 DMZ International Documentary Film Festival, where it premiered.

The film starts with violent scenes of Japanese people expressing their anger toward a Chosun school established to preserve the Zainichi people’s heritage. Members of the Japanese group yell out hate-filled terms at the Zainichi and urge them to leave Japan, also vandalizing school property.

“My two sons and my grandchildren were also students of Chosun schools, so watching them being discriminated against in Japan made me tear up,” Lee Dong-seok, one of the Zainichi people that appears in the movie, said during the press conference.

Lee was introduced in the film as having come to South Korea to study, but spent his youth in prison after being falsely charged here as a spy for North Korea.

Kang Jong-hun, another man who participated in the press conference, was falsely charged with the same crime. They were later found innocent.

“I spent 13 years in prison in South Korea. There were times when I thought about what my existence means to this country and why I had to receive the death sentence. I did have personal hatred toward people who tortured me and also judges that sentenced me to death,” Kang said.

However, he later came to think that holding grudges is not constructive and it is better to properly channel anger that can be shared with people who are willing to make changes.

“To improve my country (Chosun) from the current situation and become unified. I think it is more constructive to get together with people who can turn anger into energy to fight. I believe that this is the way to live and make the world a better place.”

During the conference, the director emphasized that it was meaningful for him to learn about Zainichi and make a film that can spread historical information to people, especially Koreans. 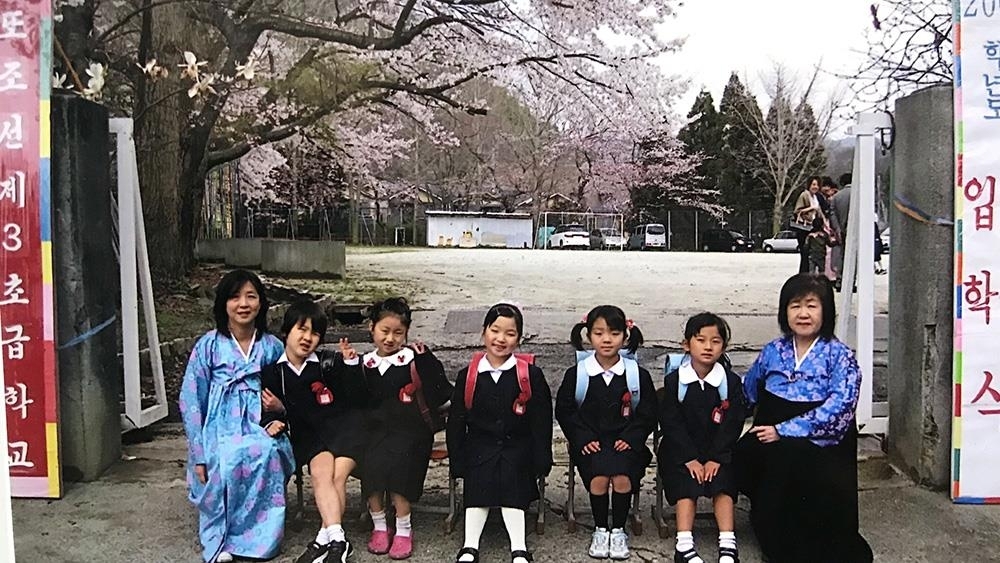 Kim Cheol-min’s “I Am From Chosun” (IndieStory)
“My film was screened in 11 different cities in Japan. It was also screened 30 to 40 times this year in Japan,” the director added. “There was an old lady who told me that the movie made her look back on her life and feel proud that she lived as a Chosun person. She was around 80 years old and her feedback was touching.”

The director seems overwhelmed by the new information he learned about the Zainichi people, as the film continuously introduces new faces and different cases of discrimination throughout its 94-minute running time.

“I Am From Chosun” will hit local theaters Dec. 9.