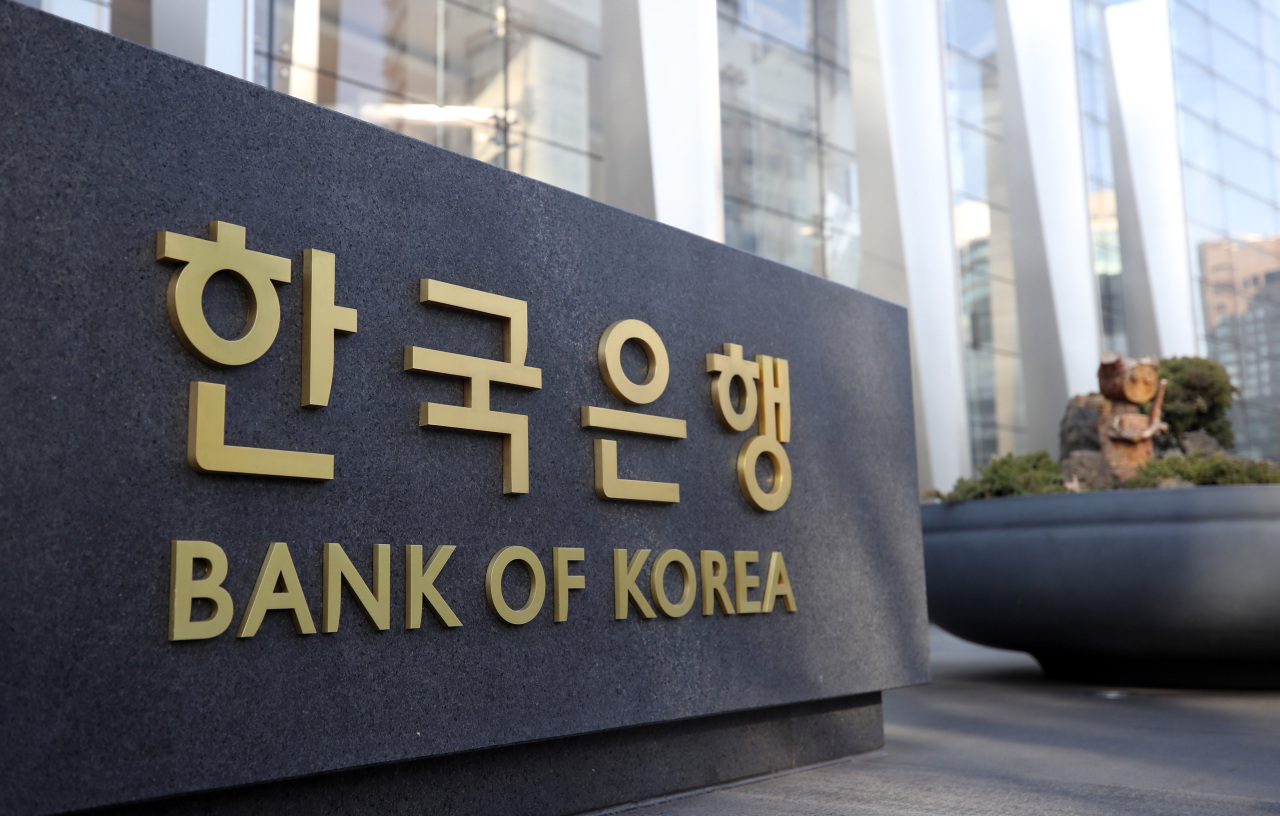 Bank of Korea building in Jung-gu, Seoul (Yonhap)
An absolute majority of bond mavens in South Korea predict the country's central bank to raise its key interest for November in an effort to curb rising inflation and household debt, a poll showed Tuesday.

According to the survey of 100 bond experts by the Korea Financial Investment Association, 90 of the respondents forecast the Bank of Korea (BOK) to jack up its policy rate at a rate-setting meeting slated for Thursday.

The number of experts expecting a rate increase was up from 13 percent recorded in late September.

"The percentage has risen sharply as South Korea's consumer inflation remains high amid growing household debt, which could emerge as a financial imbalance," the association said.On Oct. 12, the BOK kept the policy rate steady at 0.75 percent as it assessed the impact of its rate hike in August.

In late August, the central raised its benchmark policy rate by 0.25 percentage point to 0.75 percent, the first pandemic-era rate hike, to combat rising inflation and rein in surging household debt.

The survey also showed 52 of the respondents forecasting local bond yields to go up in December, with 35 expecting them to remain unchanged. Thirteen projected bond yields to drop.

The association also said its bond market survey index (BMSI) stood at 80.2 for November, down from 86.4 for October. A BMSI reading below 100 means more experts expect bond market conditions to worsen. (Yonhap)