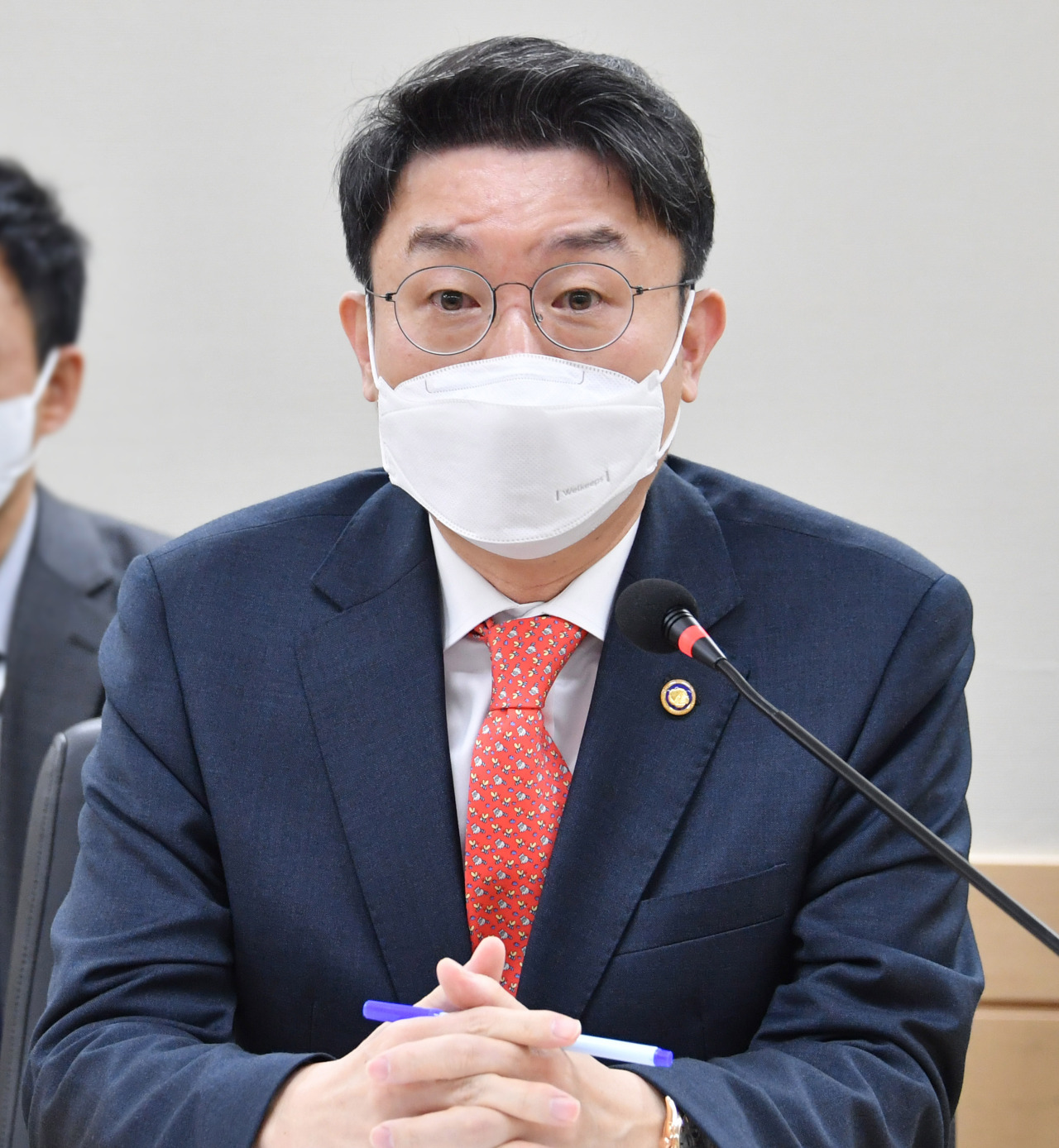 First Vice Finance Minister Lee Eog-weon speaks during a meeting to discuss innovative growth strategies and the Korean New Deal initiative aimed at stimulating economic growth and job creation through digital and green projects, at the government office complex in Seoul on Friday. (Yonhap)
Most taxpayers will not be subject to the comprehensive real estate holding tax, which was earlier raised to prevent speculative property purchases, the government said Friday in a bid to ease growing public concerns as this year’s payment period approaches.

“Criticism has risen that a large number of ordinary people will be charged with higher rate taxes. As for such exaggerated concerns, I would say bills of comprehensive real estate holding taxes will not be delivered to 98 percent of the nation’s population,” First Vice Finance Minister Lee Eog-weon said.

Starting June, the government began to impose a comprehensive real estate tax in a range between 1.2 percent and 6 percent, sharply up from the previous 0.6 to 3.2 percent range. The hike was targeted at homeowners with two or three houses located in some speculative areas that have a combined value of 600 million won ($507,000) each.

The regulatory move was part of the Moon Jae-in administration’s 22nd batch of real estate regulations announced in July last year to put a brake on property speculation, which authorities sought to blame for the sizzling housing market.

The government is expected to collect 5.1 trillion won in comprehensive real estate holding tax this year, up 62 percent from last year, while the number of taxpayers would rise by 100,000 to 765,000, according to data from the Ministry of Economy and Finance.

The government has been under pressure to soothe growing public discontent and criticism from the political circle over tax burdens on single-home owners.

Meanwhile, a bill of comprehensive real estate holding tax is scheduled to be sent out to taxpayers on Monday. The payment should be made between Dec. 1-15, according to the National Tax Service.