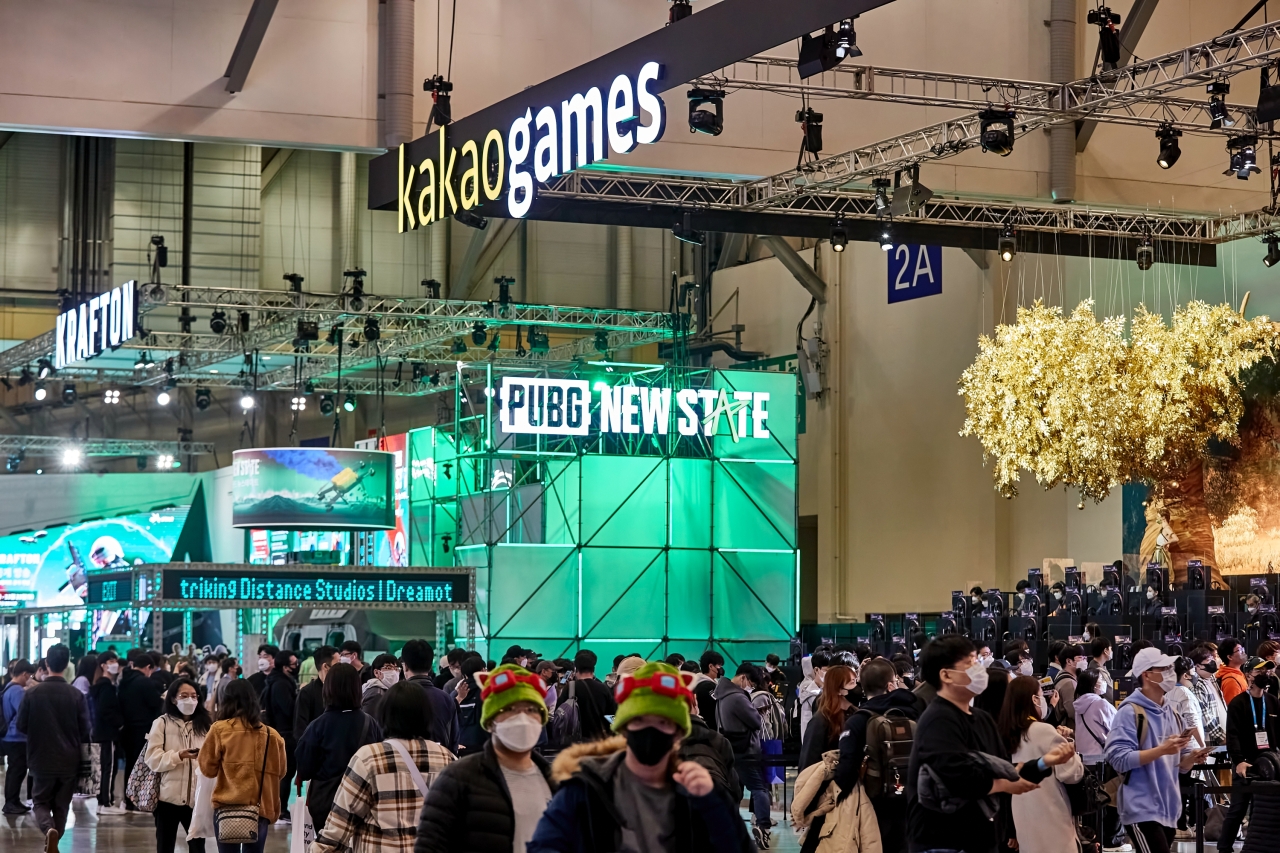 Arguably the biggest exhibition held since the “living with COVID-19” scheme took effect earlier this month, G-Star put in its utmost effort to be an example of a successful offline event. 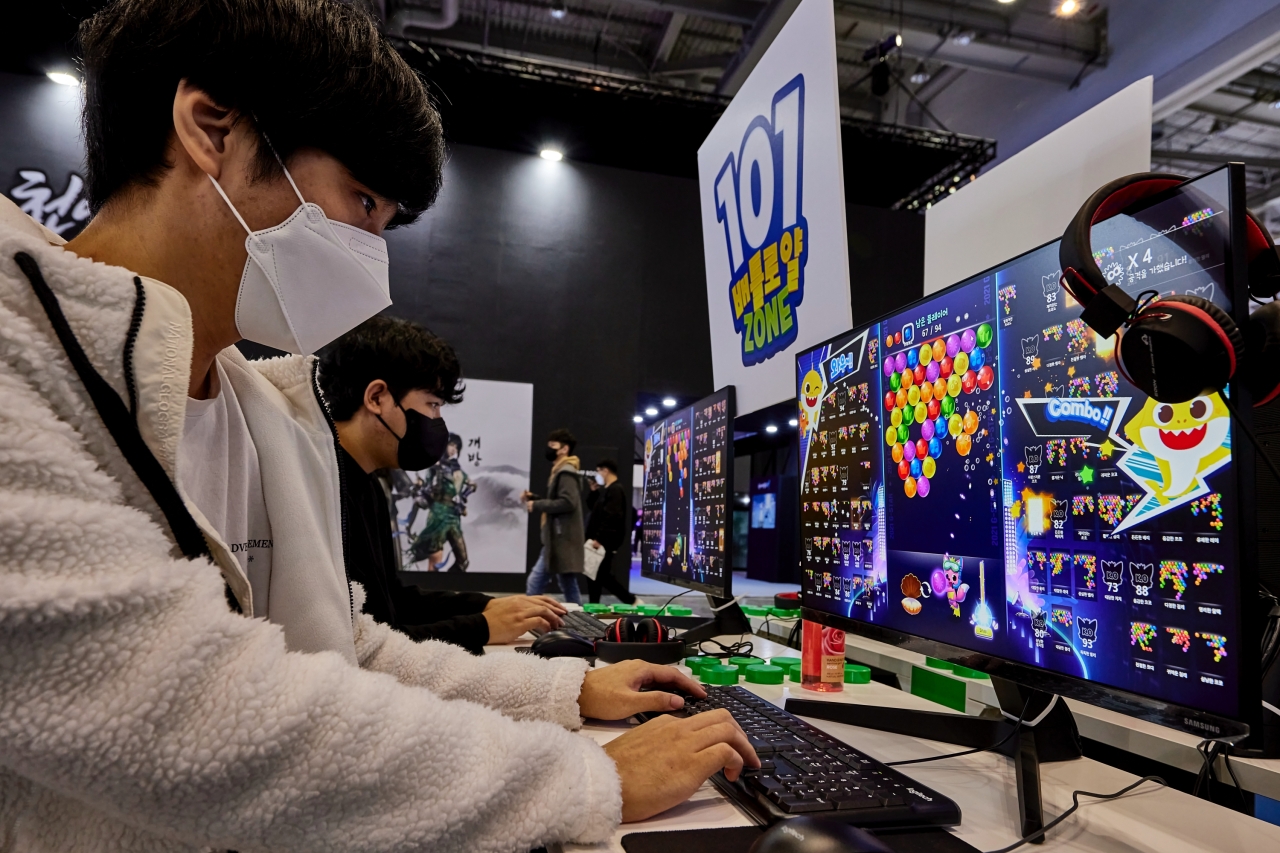 Two participants experience Bubblefong Friends at G-Star. (G-Star)
G-Star 2021 is a hybrid online-offline event with the participation of leading gaming and tech firms such as Kakao Games, Krafton, Gravity, Shift Up and more.

Under the slogan “Here Comes the Game Again,” the gaming festival features 672 game-related companies, including online participants, from 40 countries.

Unlike last year’s edition, when the opening ceremony and programs were filled with screens of online participants, the events this year are airing live around the world via streaming platforms Twitch and AfreecaTV. 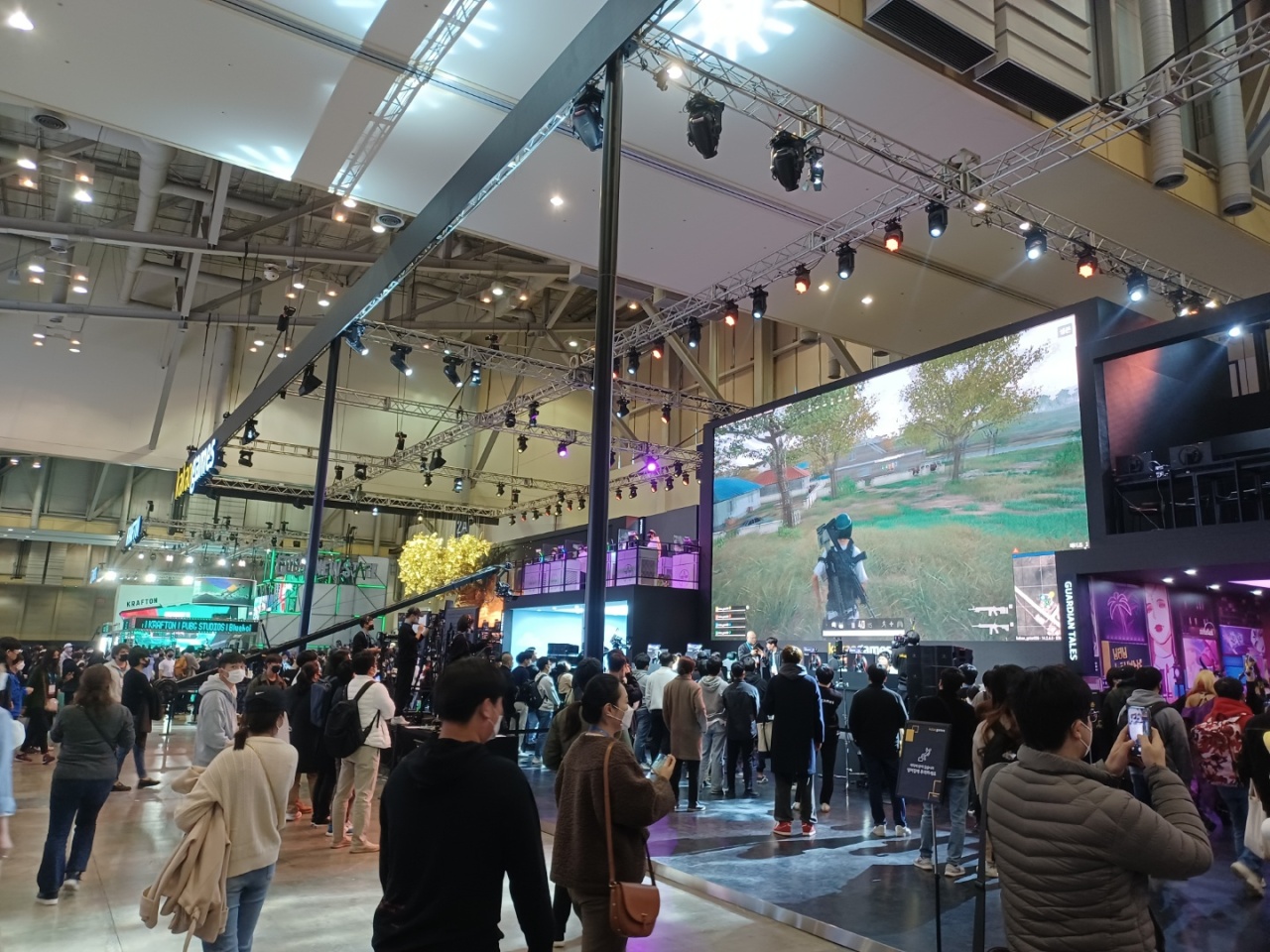 Visitors play games on a giant screen. (Lee Si-jin/The Korea Herald)
On the first day, Krafton presented PUBG: New State, the latest title in the PlayerUnknown’s Battlegrounds franchise. The new mobile game extends the gameplay experience where 100 players fight using different weapons and strategies. With the updated maps, buildings and items, the players are set to fight in a universe that is set in 2051.

Another key highlight of this year’s G-Star is Kakao Games’ Odin: Valhalla Rising, which took the Korea Game Awards by storm, winning four awards, including the top prize. 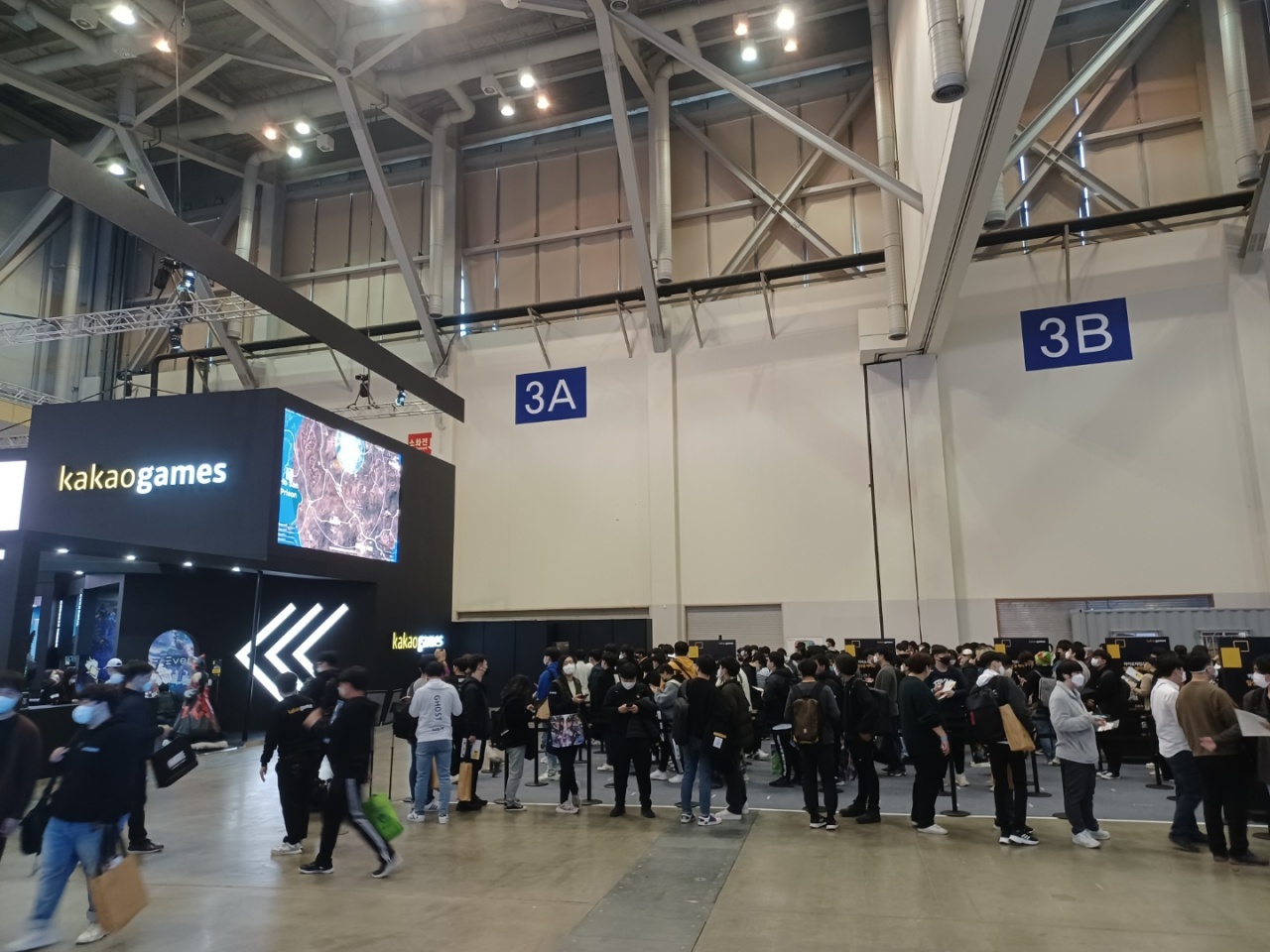 People wait in line at the waiting zone next to Kakao Games’ booth. (Lee Si-jin/The Korea Herald)
With the spectacular gameplay experience and mesmerizing graphics, Odin: Valhalla Rising was chosen as the best game of 2021. Game lovers can experience various mechanisms of five different characters with different skills, items and maps.

Though fewer game companies were participating due to the extended COVID-19 pandemic, the visitors were riveted by exciting games and the venue itself.

“Though the 3N companies -- Nexon, Netmarble and NCSoft -- which dominate the Korean gaming industry did not participate in this year’s event, I was still satisfied with cool games like Odin, PUBG: New State, Shift Up’s Eve and other indie games. I am glad that this year’s G-Star is being held offline. I am already excited to see what’s there for the fans in G-Star 2022,” a university student surnamed Park, 22, told The Korea Herald on Thursday.

Various stamp events were organized by game developers, asking participants to support and share their games online via Instagram and receive merchandise in return. 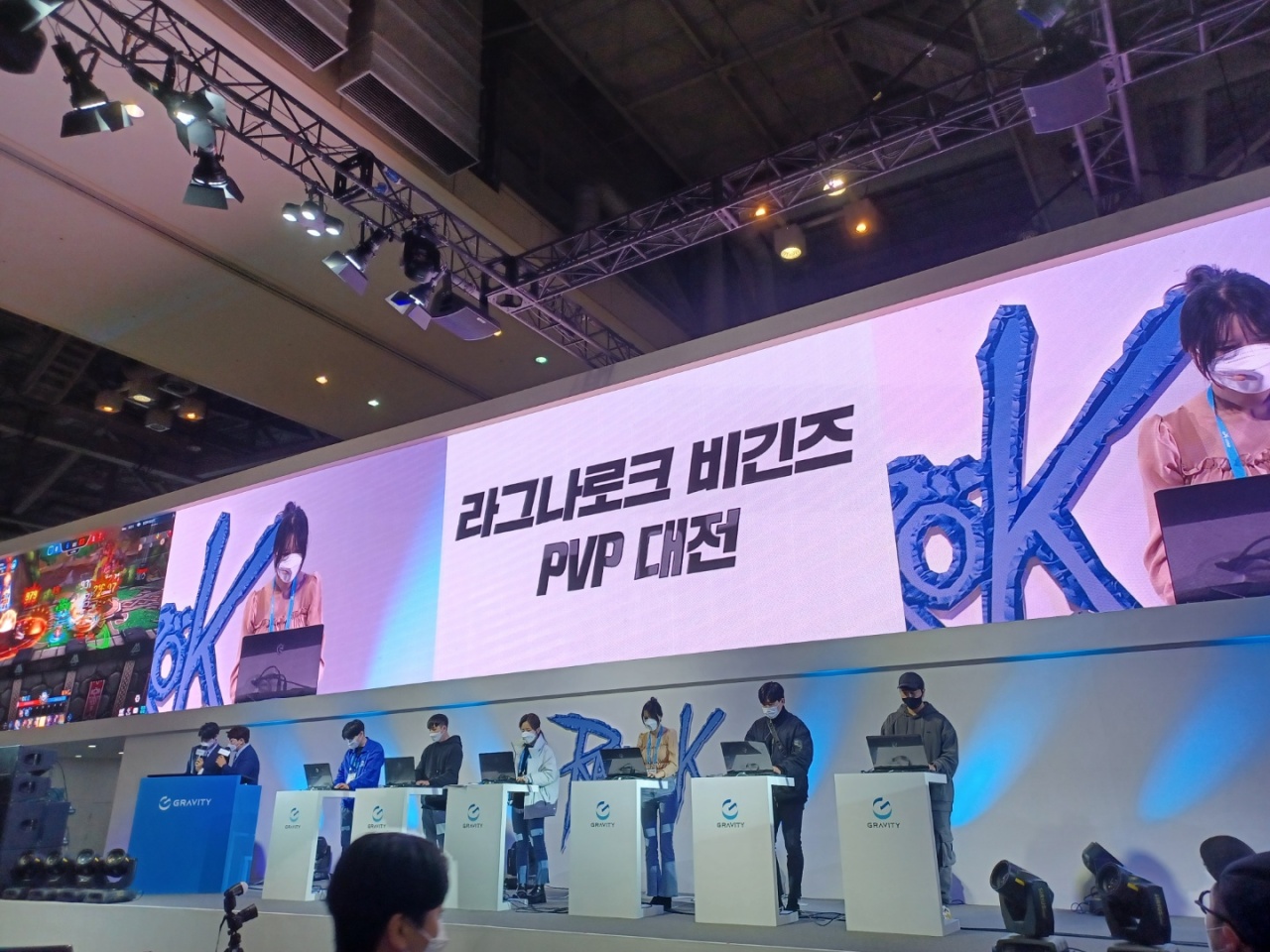 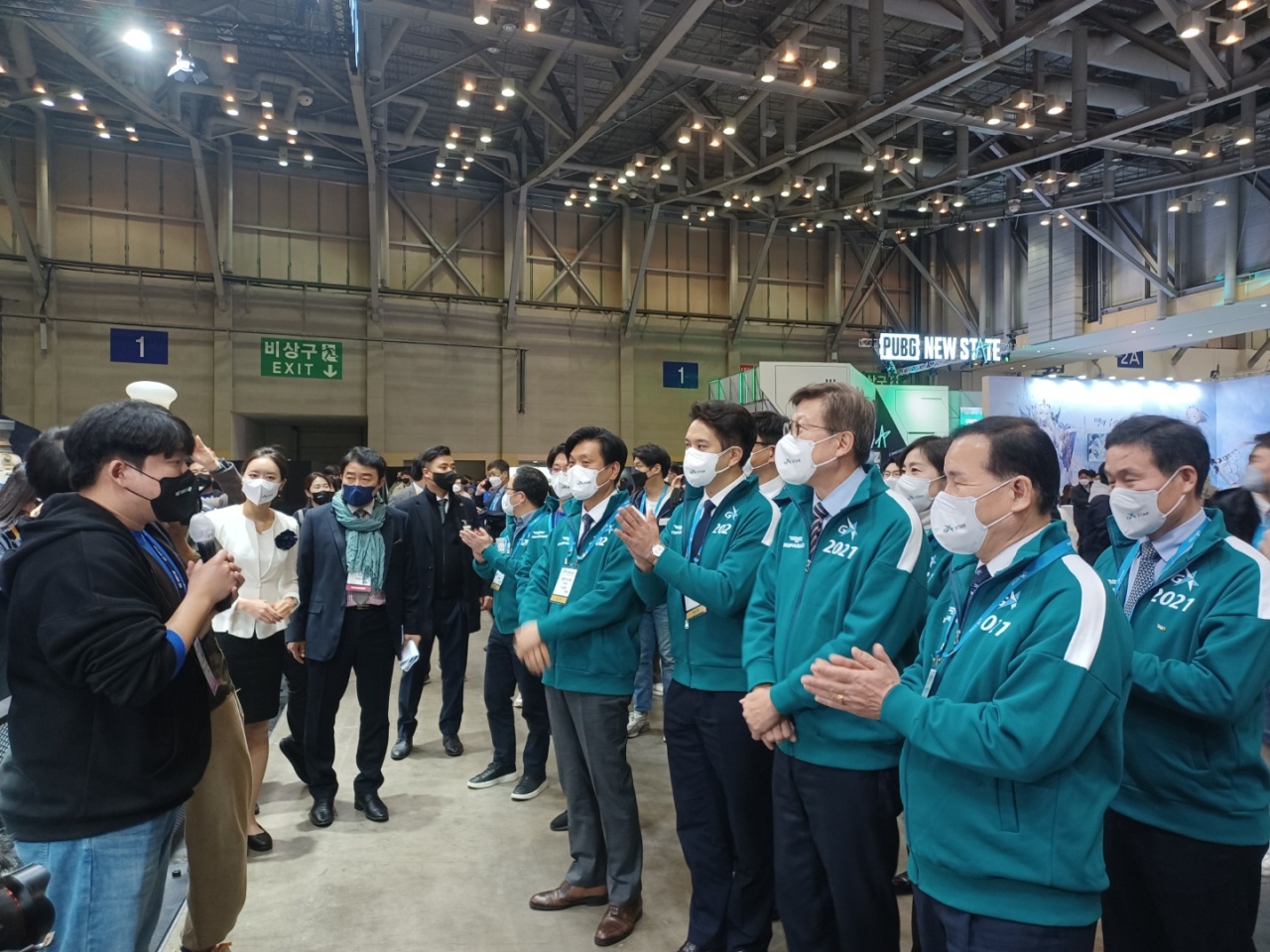 From left: Politicians Jo Seoung-lae, Jeon Yong-gi, Busan Mayor Park Hyeong-joon and Chairman of the Busan Metropolitan Council Shin Sang-hae, among others, listen to how the gaming booth and venues will operate at G-Star at the Bexco exhibition center in Busan. (Lee Si-jin/The Korea Herald) 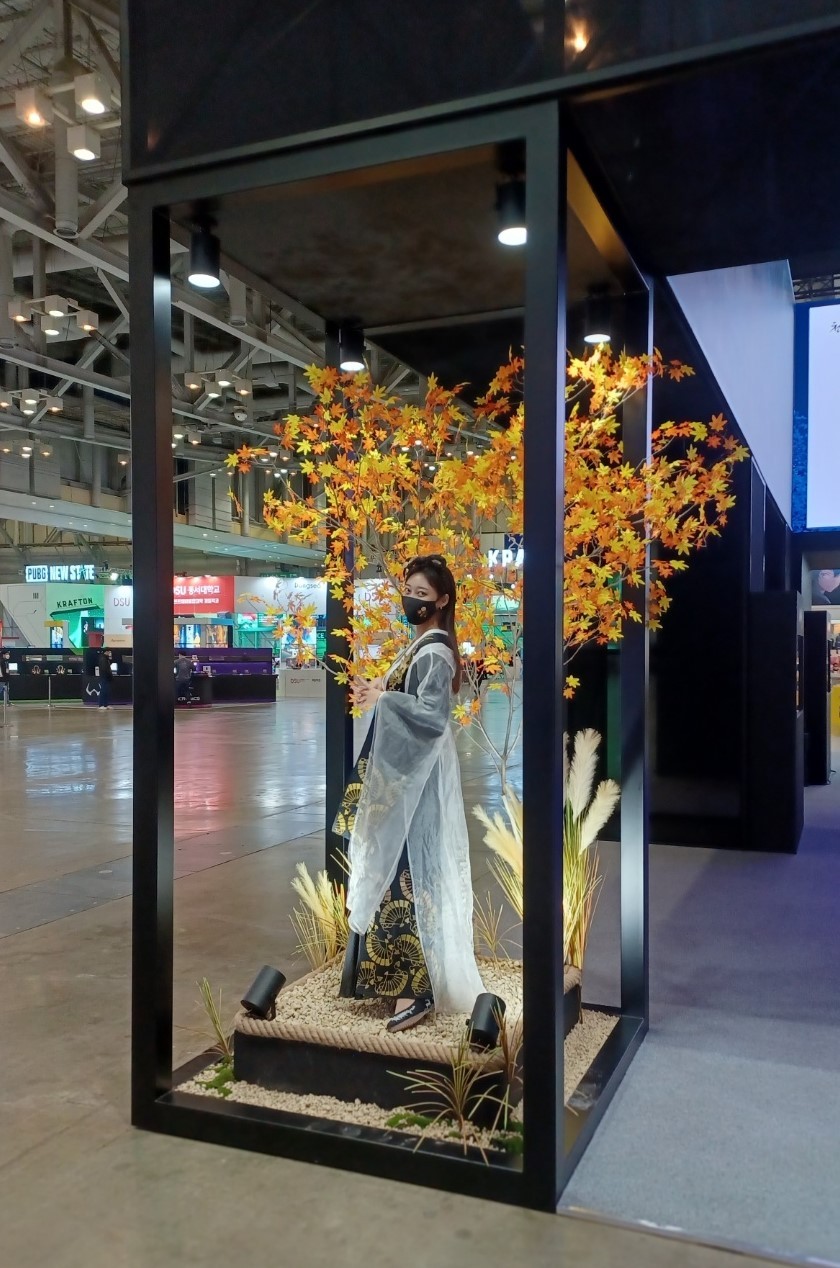 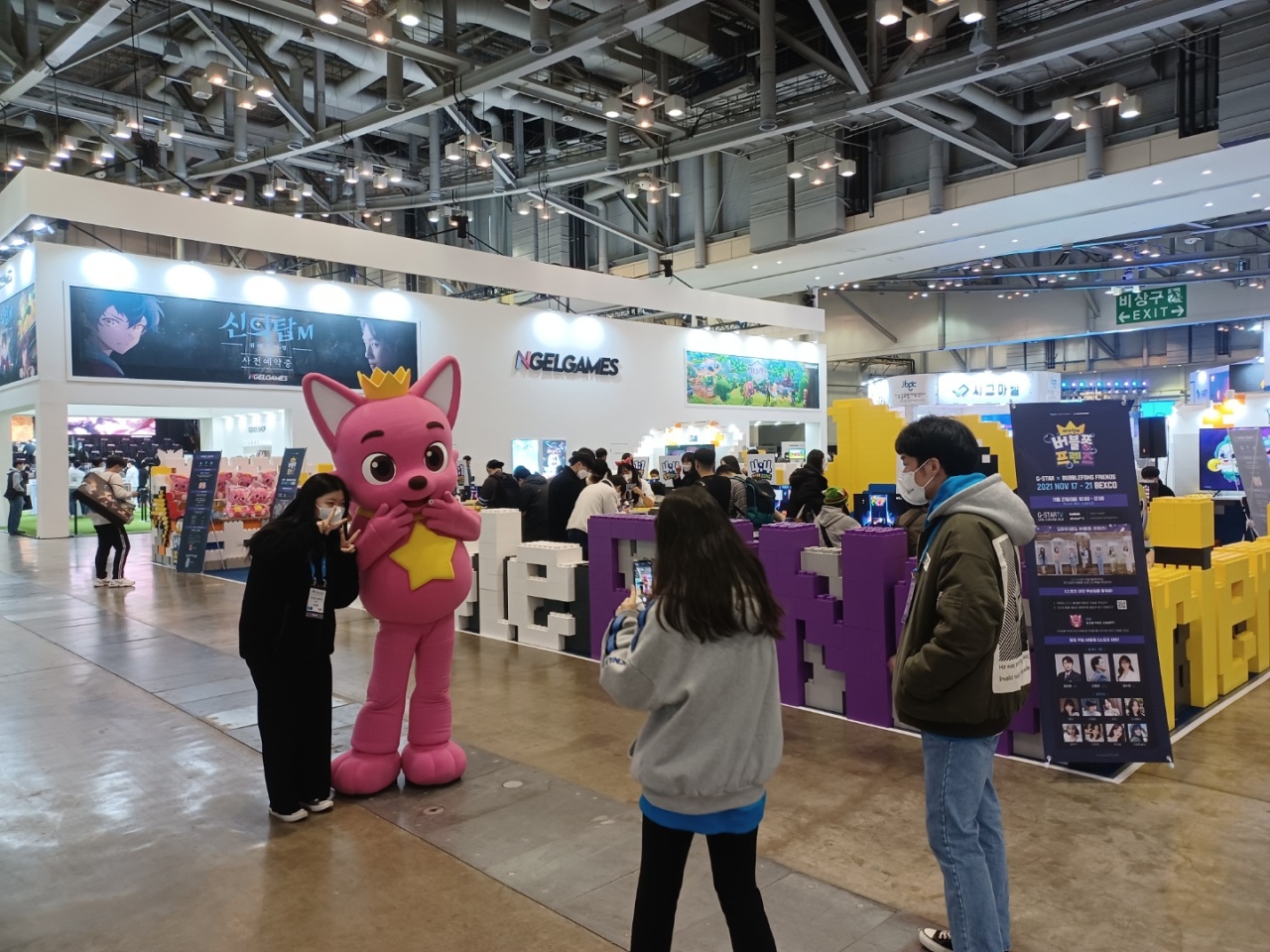 A visitor takes a photo with Pinkfong at the Bubblefong Friends venue at G-Star. (Lee Si-jin/The Korea Herald)
G-Star 2021 runs through Sunday at the Bexco exhibition center in Busan.