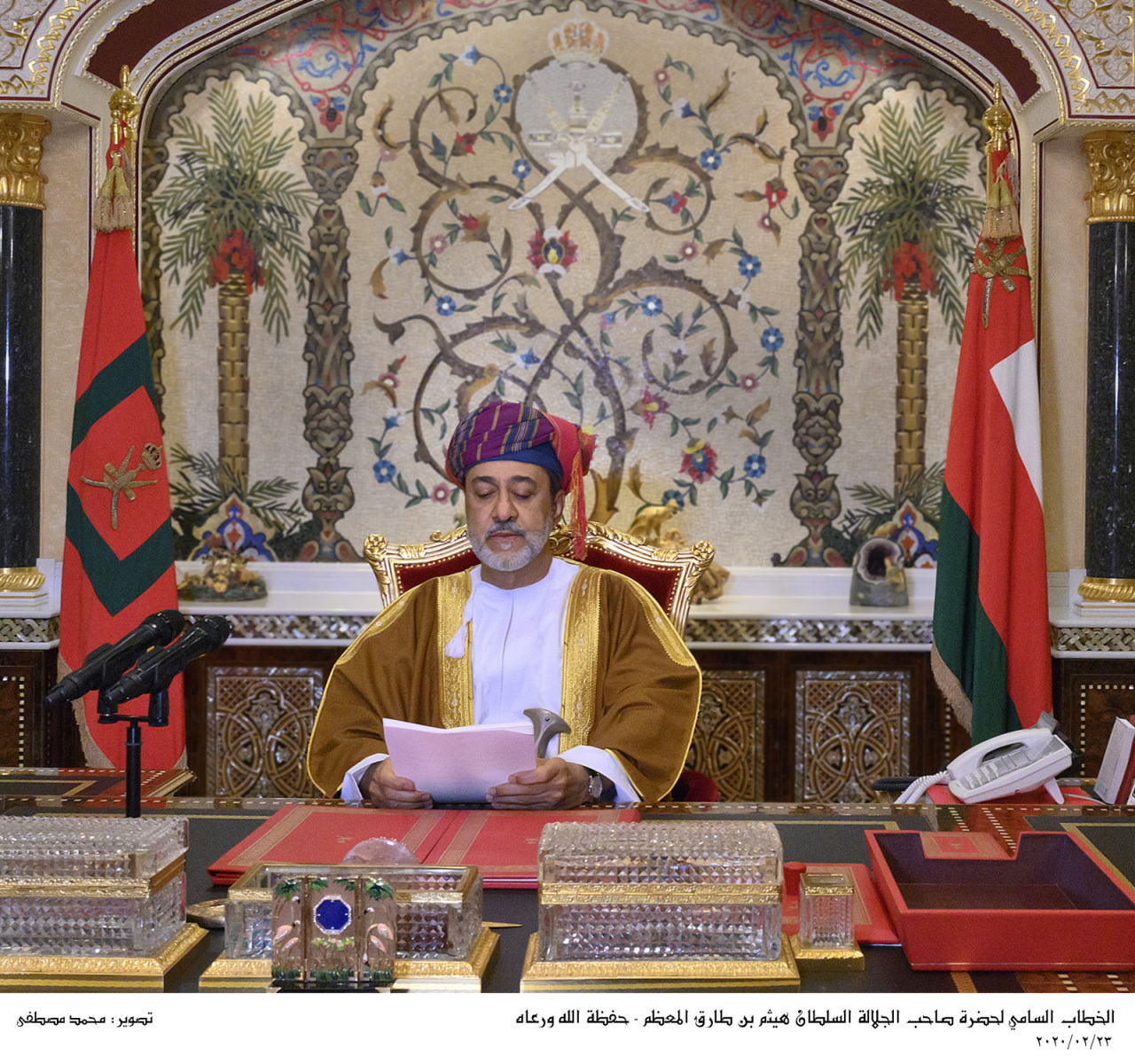 His Majesty Haitham bin Tariq, sultan of Oman
The following article was contributed by the Embassy of Oman in Seoul. — Ed.

The Sultanate of Oman will mark the 51st National Day of the Renaissance, Nov. 18. The event comes around at a time when Omanis ponder about the achievements made so far and brace for further accomplishments, with firm resolve, under the astute leadership of His Majesty Sultan Haitham Bin Tarik who pledged to hold high the banner of the Renewed Renaissance, since he assumed power in the country on Jan. 11, 2020. 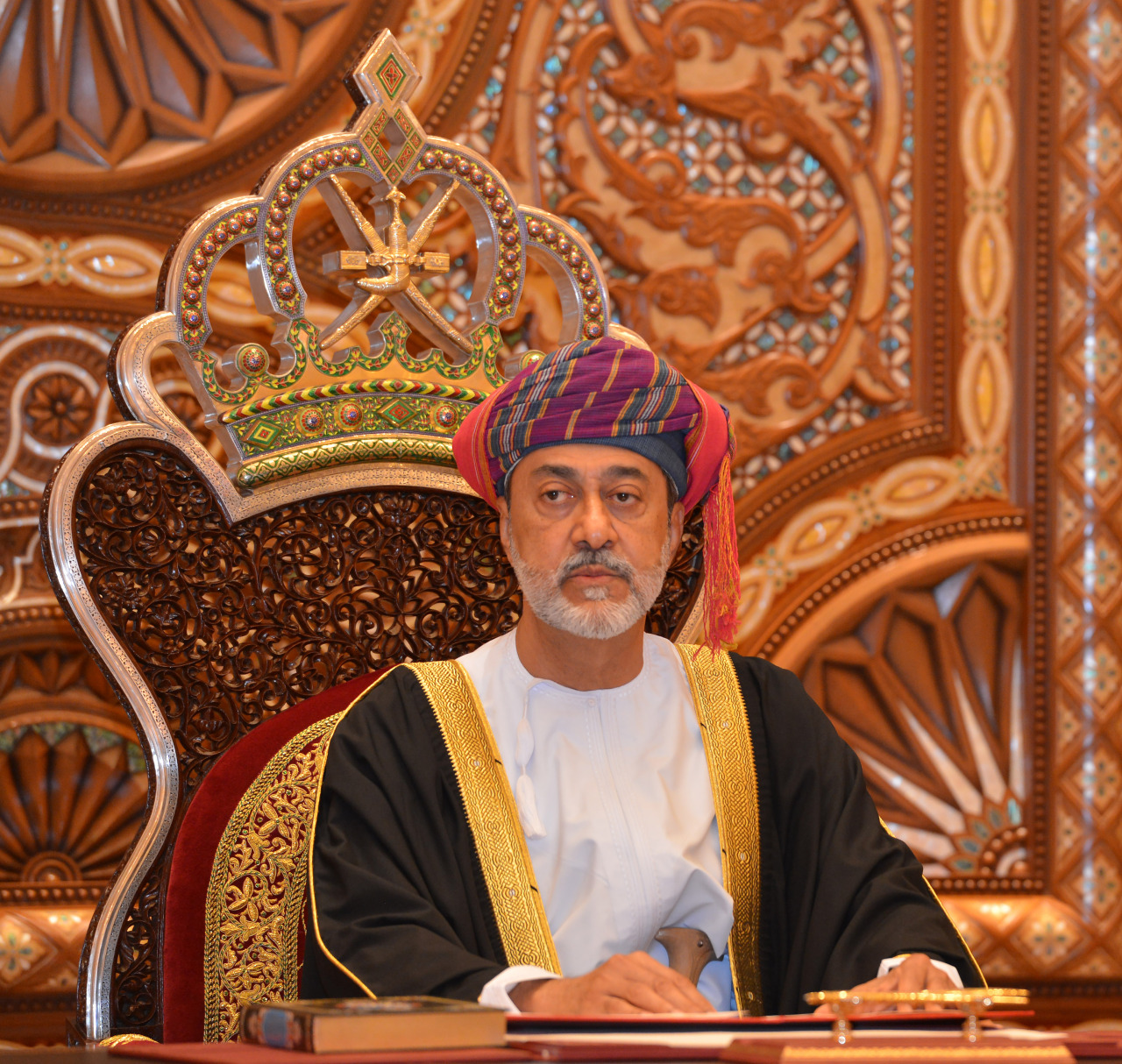 His Majesty Haitham bin Tariq, sultan of Oman
The Renewed Renaissance kicked off on a high note when Sultan Haitham Bin Tarik called upon the people of Oman to do their best to enrich domestic development and foster progress in all fields. This is considered one of the major principles of the Renewed Renaissance in its quest to attain the supreme national objective of “making Oman the central point in all that we strive to achieve” -- an objective whose salient features already materialized in terms of updated laws and refurbished programmes of action across all sectors.

In the beginning of this year, Royal Decree No. 6/2021, promulgated the updated Basic Law of the State to serve as a basic pillar of continuous efforts to shape a better future for Oman and its citizens and to build a solid ground for their Renewed Renaissance. 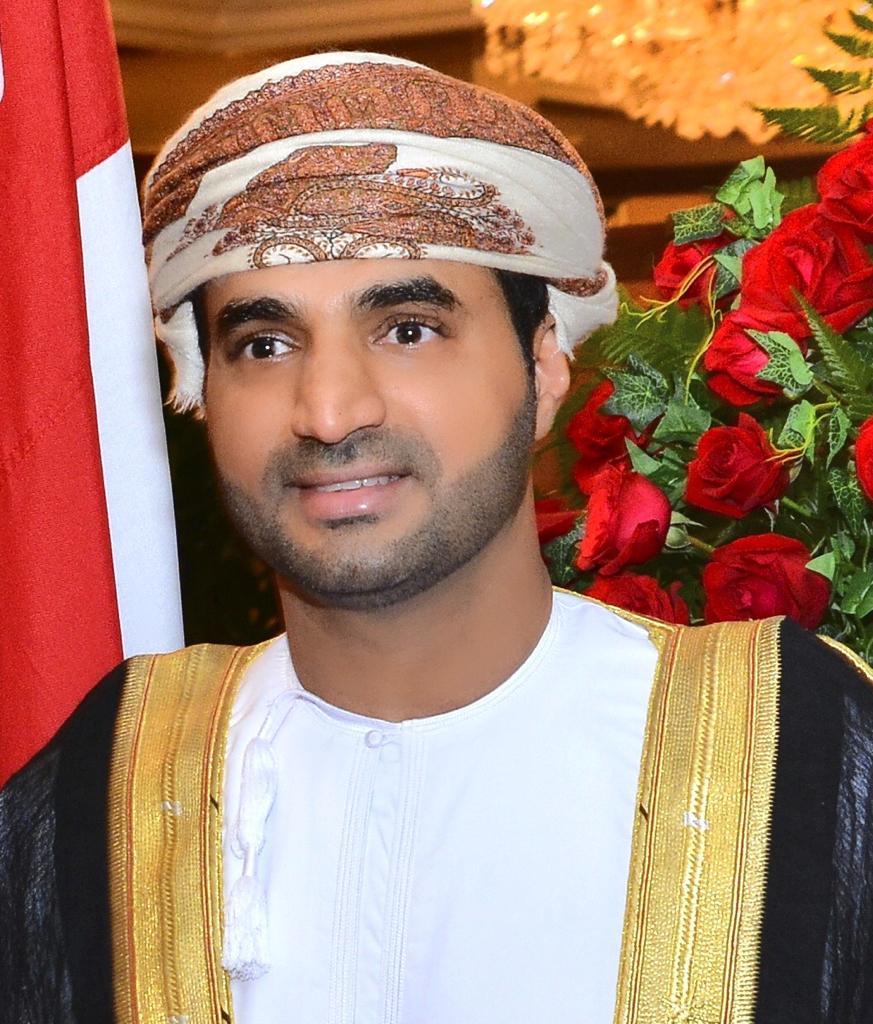 Oman’s Ambassador to South Korea Zakariya Hamed Hilal al-Saadi
The Basic Law of the State comprises 98 articles “enhancing the institutions of the State, safeguarding its territorial unity and its social texture, protecting its cultural foundations and consolidating public rights, liberties and duties.”

The Basic Law of the State lays down a stable mechanism of transfer of rule, which reflects positively on political and economic aspects and affirms the principle of sovereignty and independence of the judiciary. It also serves as a basis of rule in the State. It makes education compulsory till the end of the Basic Education stage. It establishes a scholarly method for thought, development of talents and encouragement of innovation -- which all conform with Oman Vision 2040.

To contain COVID-19 that wreaked havoc in countries around the world, the Sultanate of Oman formed a Supreme Committee tasked with tackling developments resulting from the COVID-19 pandemic. The Supreme Committee has been taking “moderate” decisions and precautionary measures that ensure the safety of citizens and residents, while at the same time catering to social and economic implications on this benign land.

Meanwhile, the government accorded special attention to the ensuing economic impacts of COVID-19. The decisions, which took into account the fallout of the pandemic on establishments and companies, included exemption from fines of some services. Special exemptions were sanctioned to small and medium enterprises and holders of Riyada Card for Entrepreneurs. This is in addition to a package of incentives for borrowers, individuals, banking institutions, financing and leasing firms.

The designation of the Youth Day in Oman, Oct. 26, reflects the attention accorded to the young generation by Sultan Haitham Bin Tarik. It asserts the leadership’s deep conviction in the potential of youth in promoting the country’s development.

Speaking at a meeting of the Council of Ministers he chaired in October 2021, the Sultan underscored the significance of devising a mechanism and for opening channels of communication with youth to explain all the requirements of the development process in all sectors. He gave directives to listen to youth and study their needs and aspirations. He also instructed governors and the authorities concerned to hold regular meetings with youth for this purpose. He advised the officials to raise issues of interest or concern to youth, listen to their opinions and help them perform the role expected of them in contributing to the comprehensive nation-building march.

Omani women’s affairs take center stage in the Renewed Renaissance thought of Sultan Haitham Bin Tarik, who has been keen that women enjoy their rights guaranteed by law and operate alongside men in different fields of national service. Attention to women is one of the “national fundamentals” of the country.

On the occasion of the International Women’s Day, celebrated last March, Her Highness the Honourable Lady Assayida Ahd Abdullah Hamed Al Busaidi, spouse of the Sultan of Oman, commended the great efforts exerted by women in Oman and the rest of the world while building their nations, supporting their families and societies and contributing effectively to the management of human and global issues. 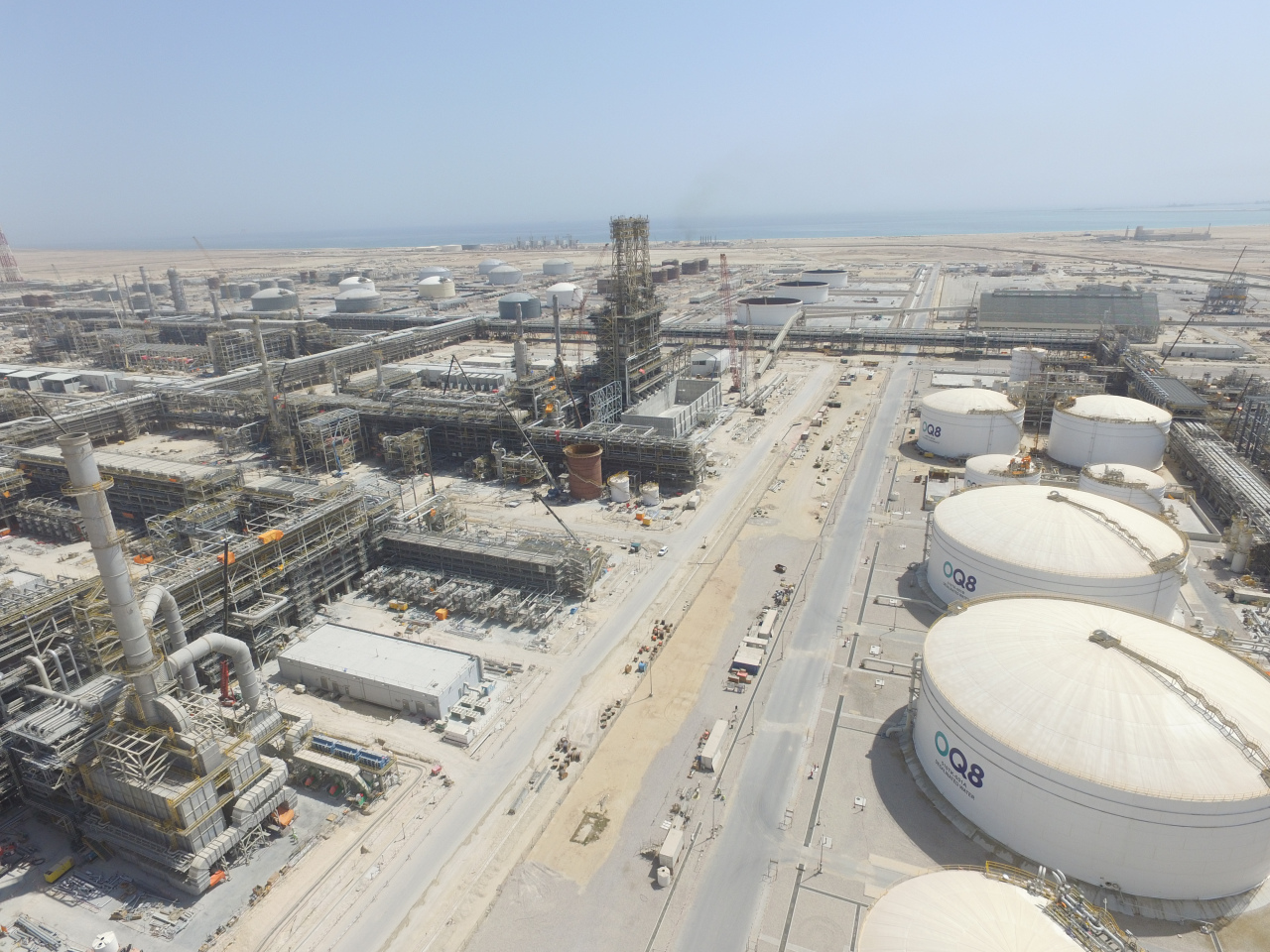 The decline and fluctuation in oil prices and precautionary measures to address the impacts of COVID-19 affected the economies of many countries of the world. Since Oman is not isolated from the global community, it had to take measures to address the situation. These included the initiation of a medium-term Fiscal Balance Plan (2020-2023). In April 2021, the Sultan chaired a meeting of the main committee tasked with the National Program for Fiscal Balance to follow up the progress of the program in its second year. The program was designed to bring down the general debt and to secure financial sustainability.

The Sultan endorsed the initiatives submitted by the departments concerned in a bid to develop the schema of social protection. This affirms the Sultan’s follow-up of the conditions of citizens to ensure the sustenance of decent livelihood for them and to alleviate the fallouts of this challenging stage. 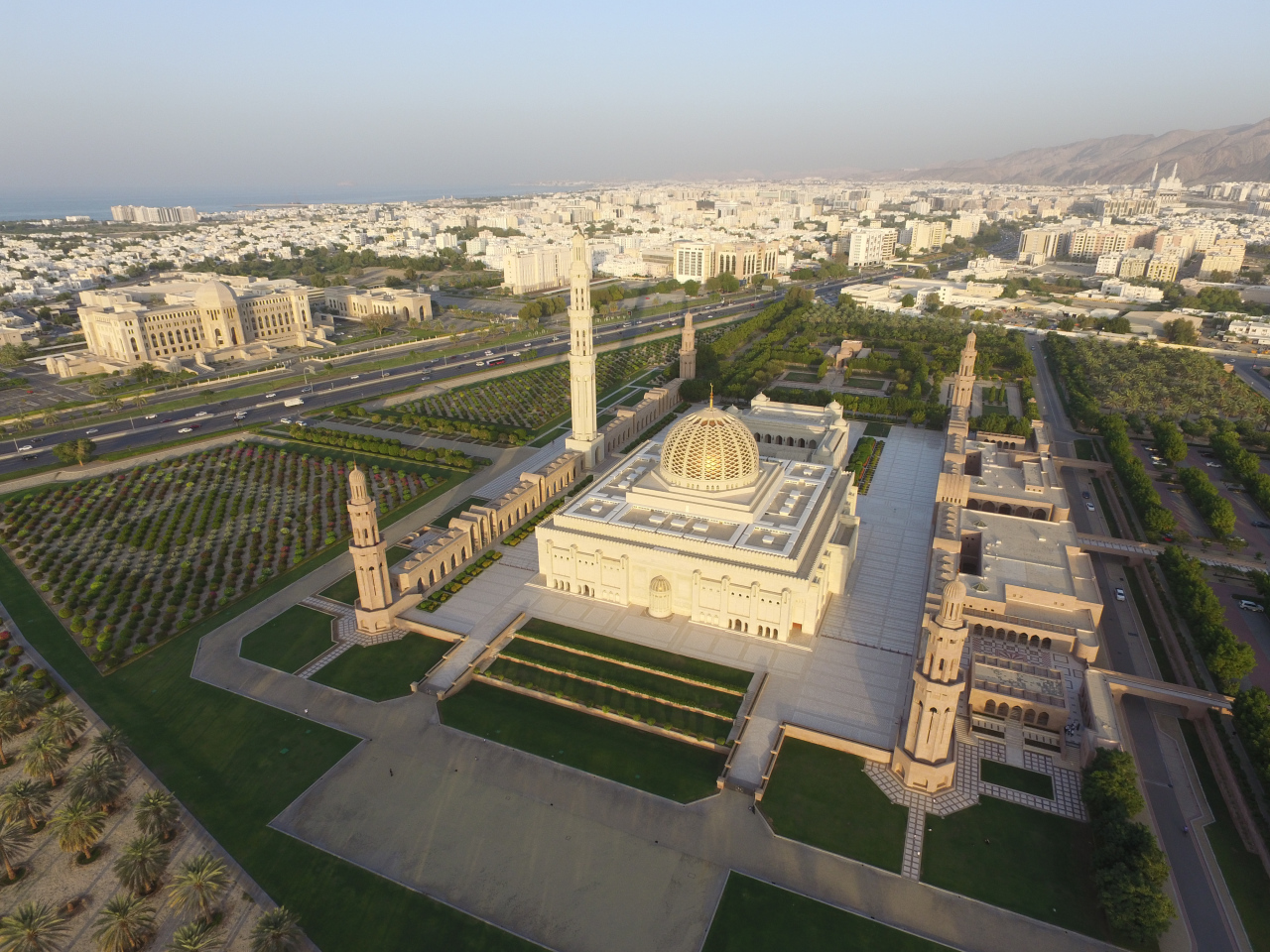 The Grand Mosque in Muscat, Oman
The 10th Five-Year Plan (2021-2025) seeks to achieve a number of goals, among them “activating the economy, upgrading the efficiency of management of public finance, realizing balance among measures for rationalization of public spending, espousing disciplined financial expansion policies, accelerating the rate of implementation of major strategic projects and government-private partnership projects, attracting more direct foreign investments, visualizing growth trends based on expected oil price rate of $48 per barrel during years of the plan and enhancing governorates’ participation in achieving goals of “Oman Vision 2040.”

The government of Sultan Haitham Bin Tarik created an investment-encouraging environment through legislations, ports, free zones and logistics, coupled with a unique strategic location in the meeting point of global commercial markets, political stability and security. 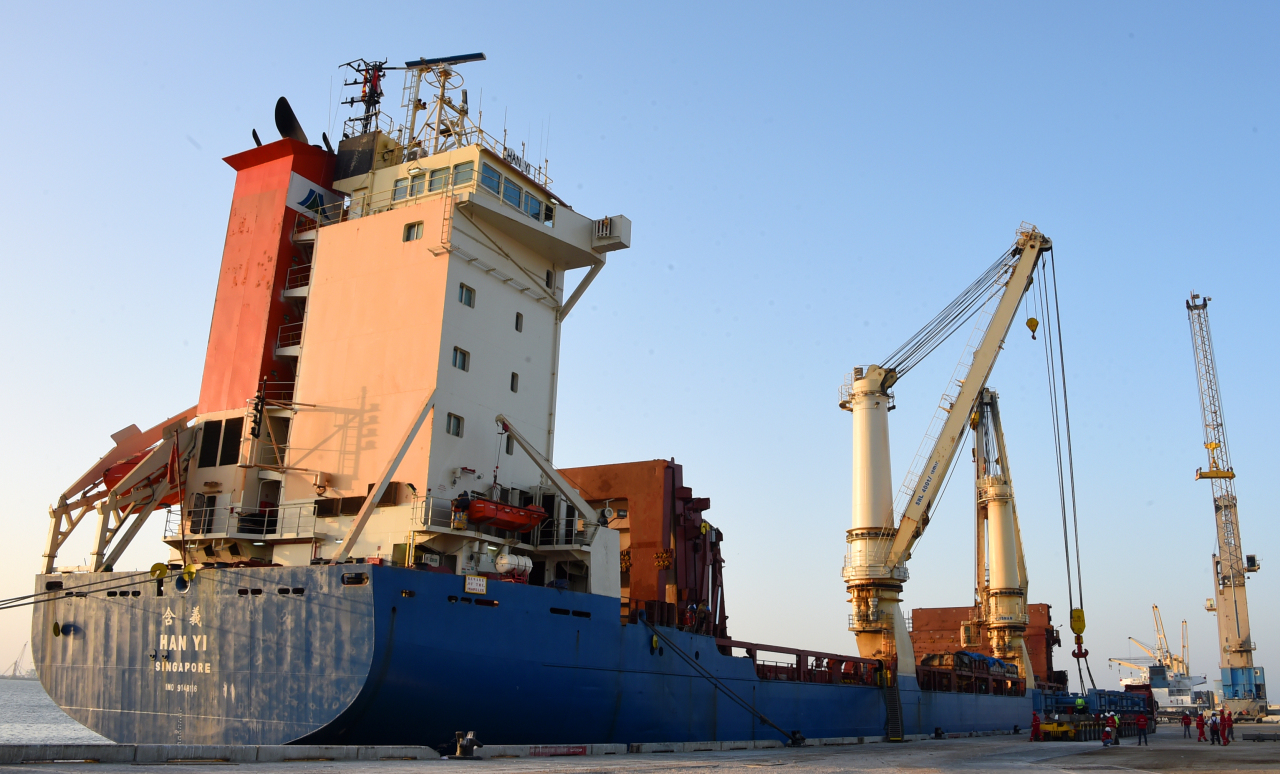 Salalah Port
The ports of Duqm, Salalah and Sohar boast a range of advanced facilities that enabled them to achieve quick finalization of tasks and cut the distance between world ports. This is in addition to the free zones in Duqm, Al Mazyouna, Salalah and Sohar and upcoming Khazaen hub in the Governorate of South Al Batinah. Investment incentives like tax exemptions extending to more than 30 years and foreigners’ 100 percent ownership of properties, among other incentives, add another fillip to Oman’s position.

The political and regional changes that happened during the Renewed Renaissance period proved that the Sultanate of Oman’s foreign policy stands on firm grounds. Oman advocates principles of non-interference in the internal affairs of other countries, positive contribution to safeguarding international security, promoting common public interest through dialogue and understanding among countries and nations.

These principles were affirmed by Oman before the 76th UN General Assembly in New York last September. “Under the wise leadership of His Majesty Sultan Haitham Bin Tarik, the Sultanate of Oman pursues its commitment to the basic fundamentals of its foreign policy embodied in good neighbourliness, non-interference in the internal affairs of other countries, respect for international law and international charters and support for cooperation among countries. Oman considers the settlement of disputes by peaceful means and through harmony and tolerance as a civilized conduct that leads to better and more lasting results than disputes can achieve.” 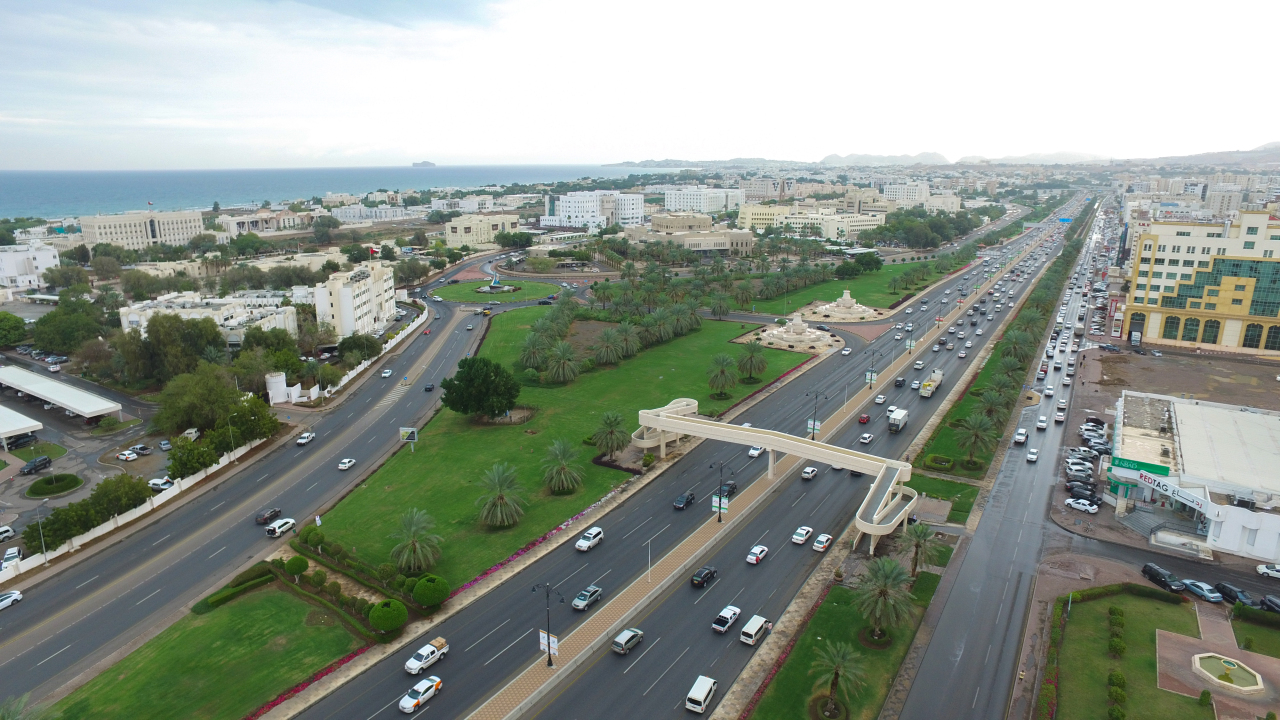 Muscat, the capital of Oman
National days of countries constitute symbols of pride and dignity. In Oman, they are moments of contemplation in the past and the future of the country, a time to remember the Founder of Modern Oman and its Blessed Renaissance, the late Sultan Qaboos Bin Said Bin Taimour. His memory pulsates in the heart of every Omani, man and woman, who incessantly pray for him in gratitude for his good deeds for the nation and its loyal people over 50 years. The achievements made by the late Sultan Qaboos are stark and manifest in every sphere of life. He sowed and cultivated true faith in the people. From our past experiences, we have to derive new, strong will and firm resolve to work in full cooperation and collaboration -- rallying our resources and energies and exhibiting self-denial in performing our duty in a manner that facilitates all difficulties and overcomes all challenges as we embark on accomplishing our national missions for the good of Oman and its noble people.