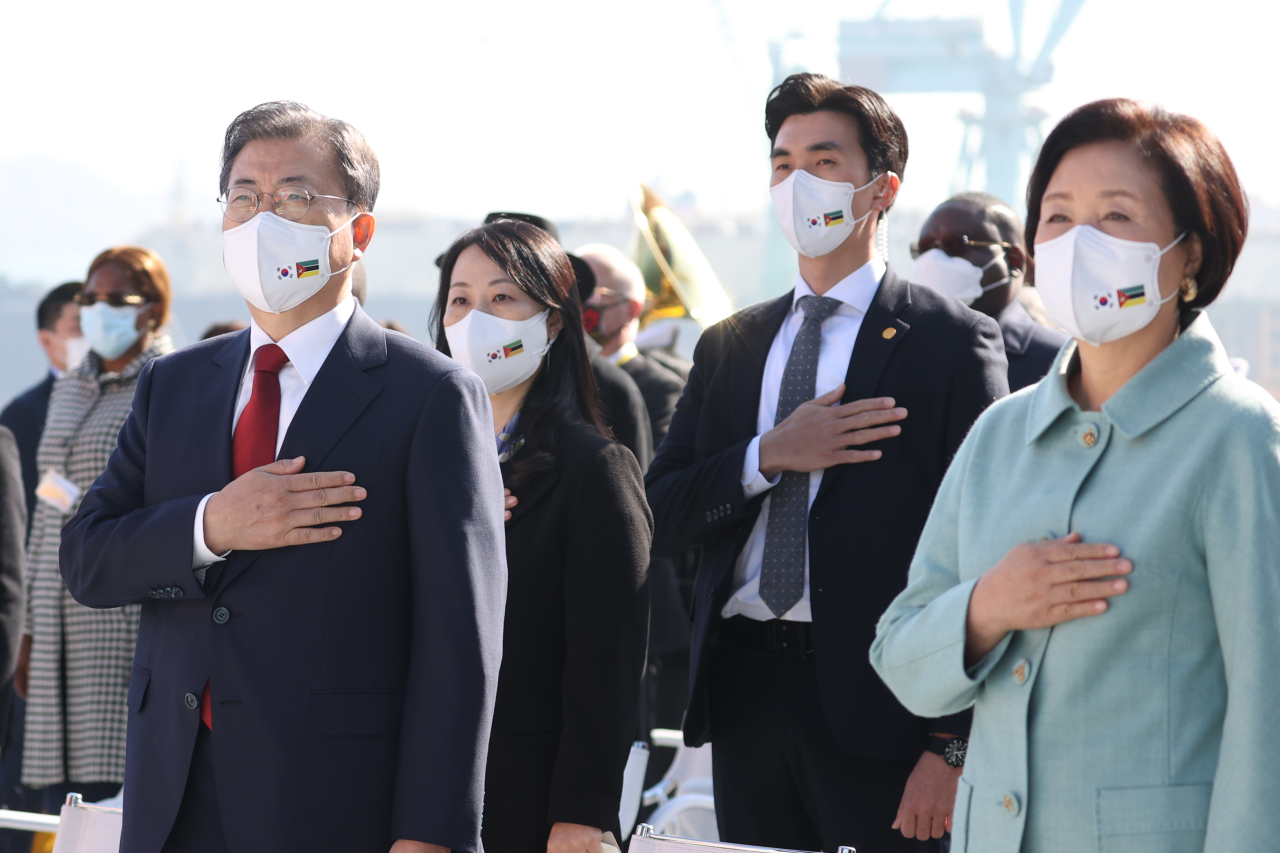 President Moon Jae-in (L) attends a christening ceremony of a floating LNG platform at a shipyard in Geoje Island, about 400 kilometers south of Seoul, on Monday. (Yonhap)
President Moon Jae-in on Monday attended a christening ceremony for a floating liquefied natural gas (FLNG) facility set to head to Mozambique, saying the platform will expand energy cooperation between the two nations.

The christening ceremony of the Coral-Sul floating facility came about four years after Samsung Heavy Industries Co., a major Korean shipyard, won a $2.5 billion deal to build the offshore facility.

Moon said the floating LNG facility will become a symbol of friendly cooperation between South Korea and Mozambique as the Korean-built facility will produce LNG off the coast of the African nation.

South Korea and Mozambique will also expand cooperation in the fields of energy and shipbuilding, he said.

Mozambique President Filipe Jacinto Nyusi, who is on a three-day visit to South Korea from Sunday, also attended the ceremony. He is the first African head of state that has visited South Korea since the COVID-19 pandemic began, Moon's office said.

Under a deal with Italian energy company Eni, Samsung Heavy built the floating LNG facility, together with France's Technip and Japan's JGC. Samsung Heavy's share in the deal is roughly $2.5 billion.

Partners in the field development in Mozambique include state-run Korea Gas Corp. (KOGAS). KOGAS, which has invested in the Area 4 of the Coral South project, owns a 10 percent stake in the Coral gas field.

KOGAS said it has invested $513 million in the floating LNG project through KG Mozambique, its 100 percent-owned subsidiary, and guaranteed up to $640 million of the project's debt funding. (Yonhap)