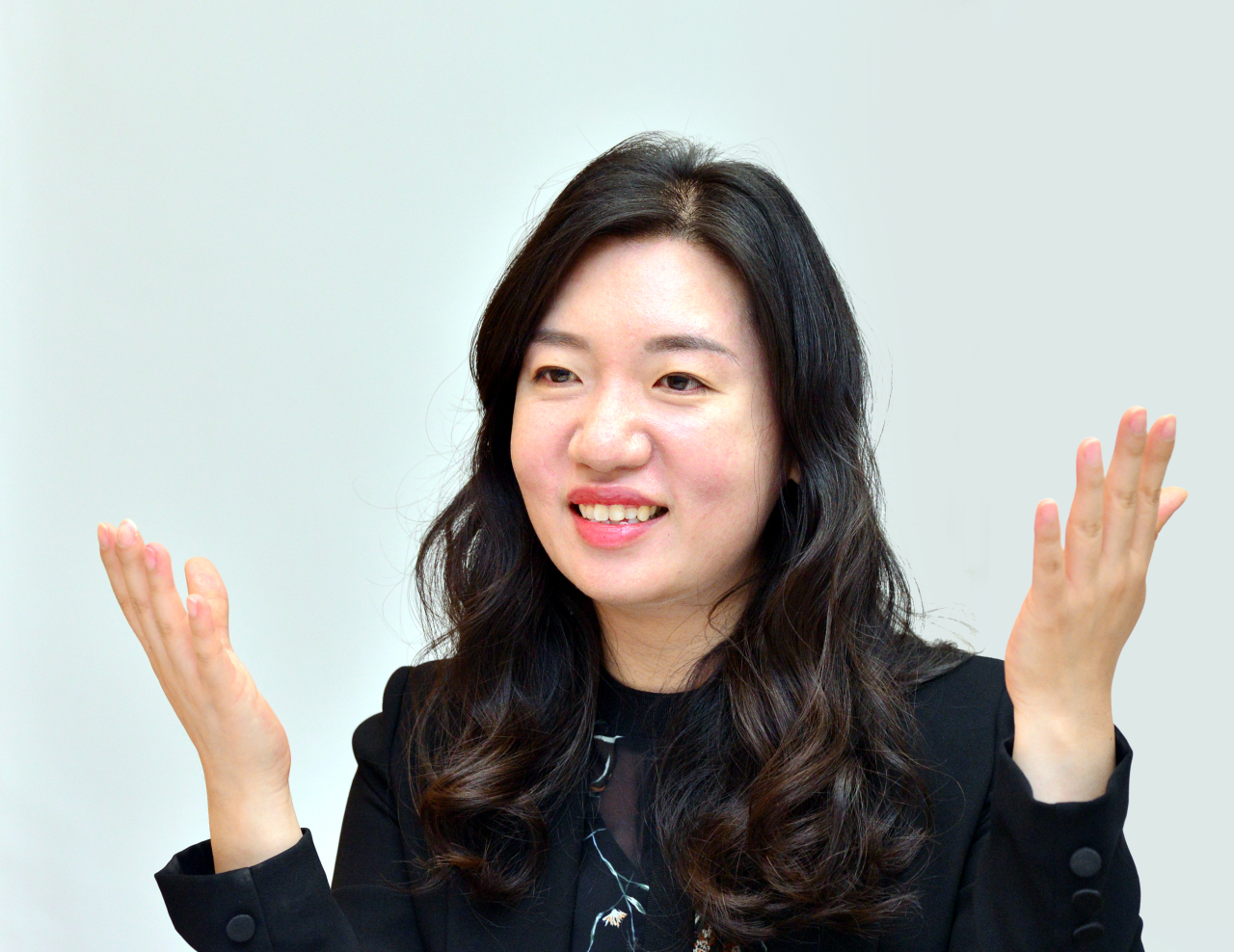 Wish School CEO Kim Young-ran speaks in an interview with The Korea Herald. (Park Hyun-koo/The Korea Herald)
The nonprofit Wish School aims to use English to build a bridge to the wider world for children born to North Korean defectors outside the Korean Peninsula, who often suffer from identity confusion and maladjustment.

Since May 2020, the organization has provided professional English programs tailored for defectors’ children born in China.

“We provide an opportunity for children to develop a trilingual ability to use English, Korean and Chinese and become global leaders,” Wish School CEO Kim Young-ran said, adding that learning a language is “not just about studying the language.”

English is an effective and efficient means to connect marginalized children with the world and widen their experience and knowledge, Kim said.

Students learn about the diversity of the world’s food cultures and are encouraged to think about where to travel by looking at a world map.

The children, mostly born to Chinese fathers and North Korean defector mothers, have been exposed to multiple languages and already understand the cultures of China and both Koreas.

Children born abroad to North Korean defectors have the potential to connect the two Koreas, China and other countries, Kim said, adding that they can play a pivotal role in paving the way for unification. Their multilingual and intercultural capabilities are assets that can help them become global leaders. 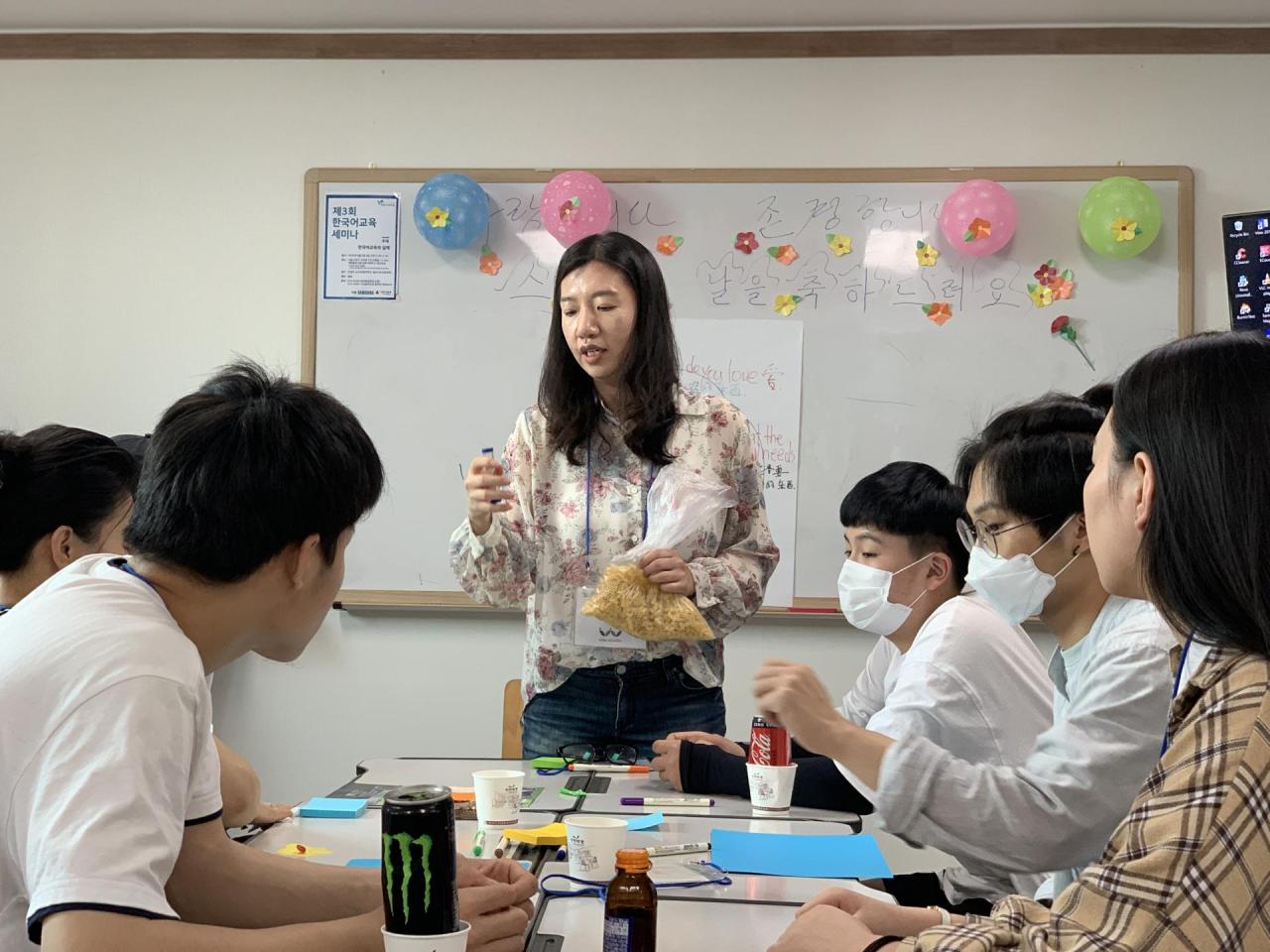 Wish School provides English classes tailored for Chinese-speaking students to help them discover their identities and their dreams. (Wish School)
A fresh solution for a harsh reality

Despite these strengths, Kim pointed out, the children are shunned by society, excluded from government support and marginalized within the defector community. The majority also experience identity problems due in part to their multicultural family backgrounds.

Their difficulty in adjusting to South Korean society is only likely to grow. A South Korean government report released in May said more children of defectors were born abroad than in North Korea. But these third-country-born children are not eligible for government support and funding assigned to defectors, as they are not considered North Korean defectors under the North Korean Refugees Protection and Settlement Support Act.

Despite the legal constraints, South Korea’s Unification Ministry told The Korea Herald that Seoul was seeking to expand support to address the challenges these children face in education. That support includes child care subsidies and financial assistance for newly admitted university students.

Cram schools and localized education are insufficient to help the children adapt to society and can even press them to conceal their identity, she said. 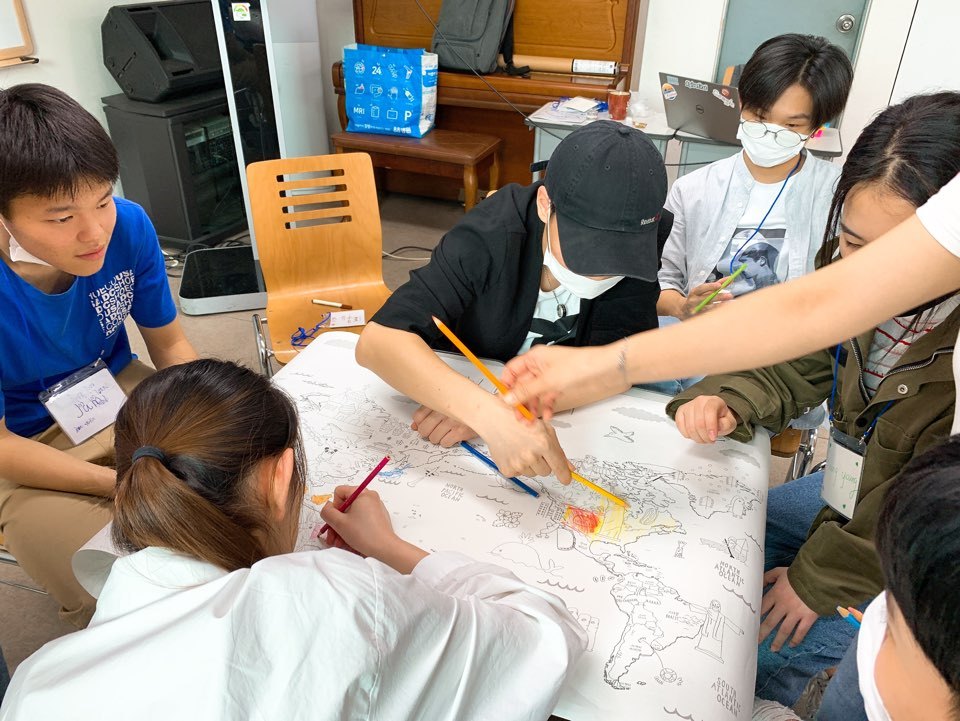 Another major goal of Wish School is to pave the way for marginalized children to discover their genuine identities so they can build their own future.

“I believe we should continuously encourage them to open their eyes to the world and think about what they are good at and interested in and what they can do rather than inculcating a Korean identity,” Kim said. “I have continued to teach them with my wish that the children will grow into people who can dream of their future.”

This is just the beginning. Wish School’s ultimate goal is to establish an international school for defectors with multicultural backgrounds, where they can dream big and work toward a better future.

Wish School has a unique story to share. The story of North Korean defector Juju Cho’s daughter triggered founding members to put their heads together to design a curriculum customized for children born outside the Korean Peninsula.

Cho, now 40, gave birth to her daughter in China a year after she was trafficked there at the age of 19. She fled China in 2012, leaving her daughter behind, but eventually brought her daughter to South Korea in 2017.

The joy of the reunion was short-lived, with the harsh realities of adapting to life in the South hitting them hard. Her Chinese-speaking daughter barely spoke Korean and struggled with identity issues.

Nonetheless, Cho had long wished that her daughter would open her eyes and mind to the wider world, recalling the day her daughter was born at a secluded farm village in China, as she could not afford to go to the hospital. “I always had a desire to bring my daughter to South Korea and show her the bigger world,” Cho told The Korea Herald in an interview.

Cho said she has decided to lend her support to Wish School as she sees the significance of learning English. Being trilingual will help them live with confidence and enrich their lives, she said. 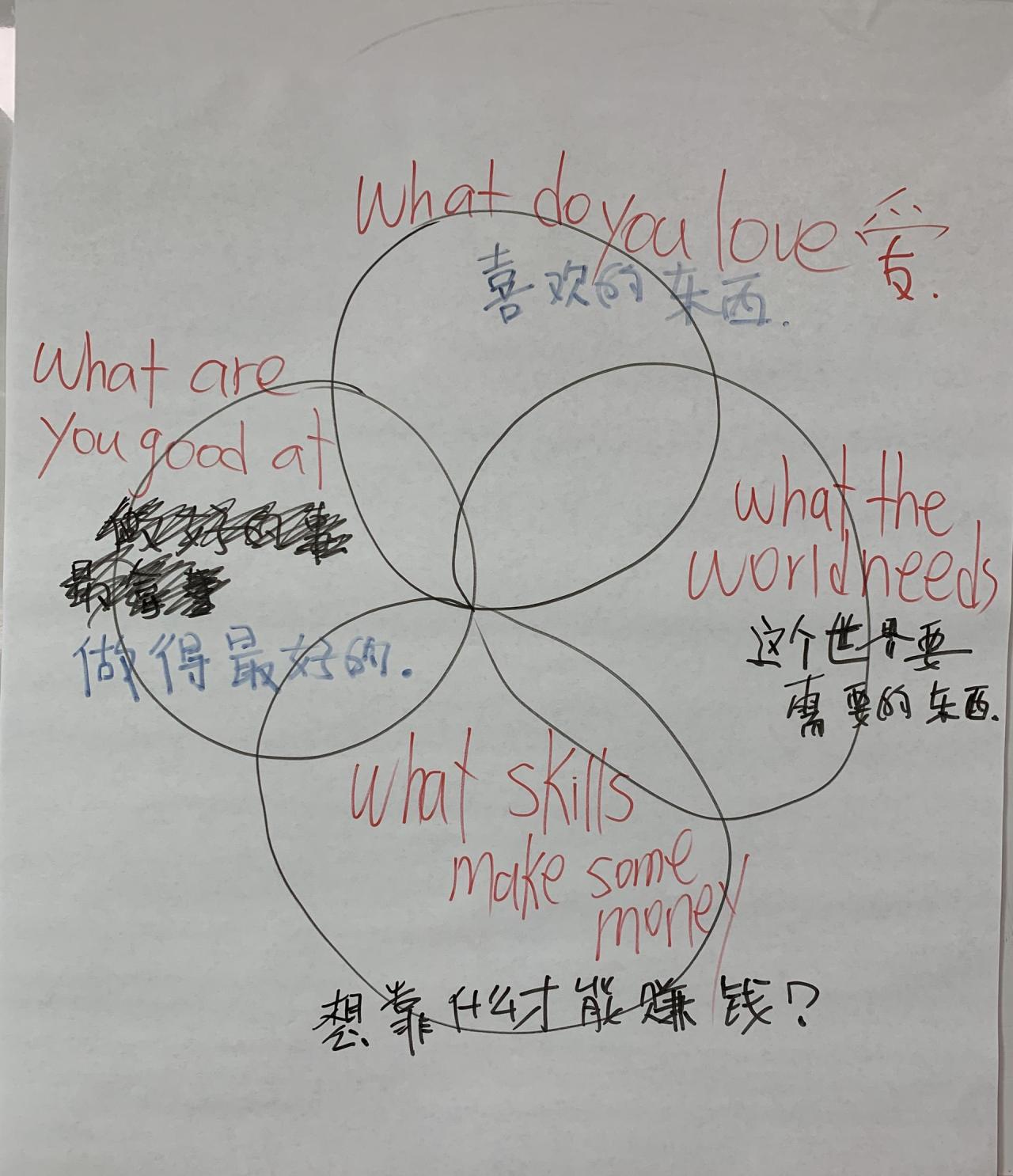 Wish School provides English classes tailored for Chinese-speaking students to help them discover their identities and their dreams. (Wish School)
Wish School’s other hope is that the children can grow up free of prejudice. To that end, the organization has worked to create a positive perception of third-country-born children so that society can recognize their potential to become global leaders.

“I hope that we can raise the children into people who can live confidently anywhere in the world, unlike us,” Cho said.