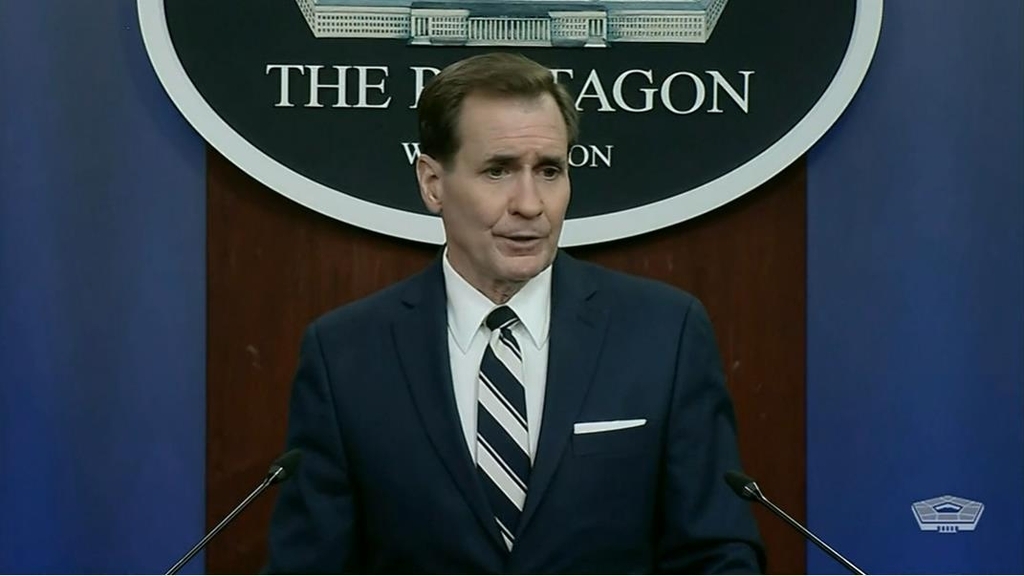 The press secretary also said the countries continue to make progress toward the proposed OPCON transition, but that they still have more work to do.

"The other thing important to remember is that the OPCON transition is going to be conditions-based in accordance with bilaterally agreed upon conditions inside the OPCON transition plan. And we, as an alliance, are making strides in that direction and we still have some work to do," he said in a daily press briefing.

The US currently has wartime operational control over South Korean troops.

OPCON transfer is designed to take place after South Korea is determined to have acquired all necessary capabilities.

Kirby said the countries have not yet even decided when such an evaluation would take place.

"Neither Secretary (Lloyd) Austin nor his counterpart in Seoul have made any decisions on the timing for that kind of an assessment," he said.

"I would just say this about OPCON, that we remain in conversation with our ROK allies about OPCON," he added, referring to South Korea by its official name, the Republic of Korea.

His remarks come after the chief of US Forces Korea, Gen.

"Just know that there's a plan out there. Most plans never survive first contact," he said earlier this week. "So as we move forward with our plan, we will adjust."

The US currently maintains some 28,500 troops in South Korea. (Yonhap)