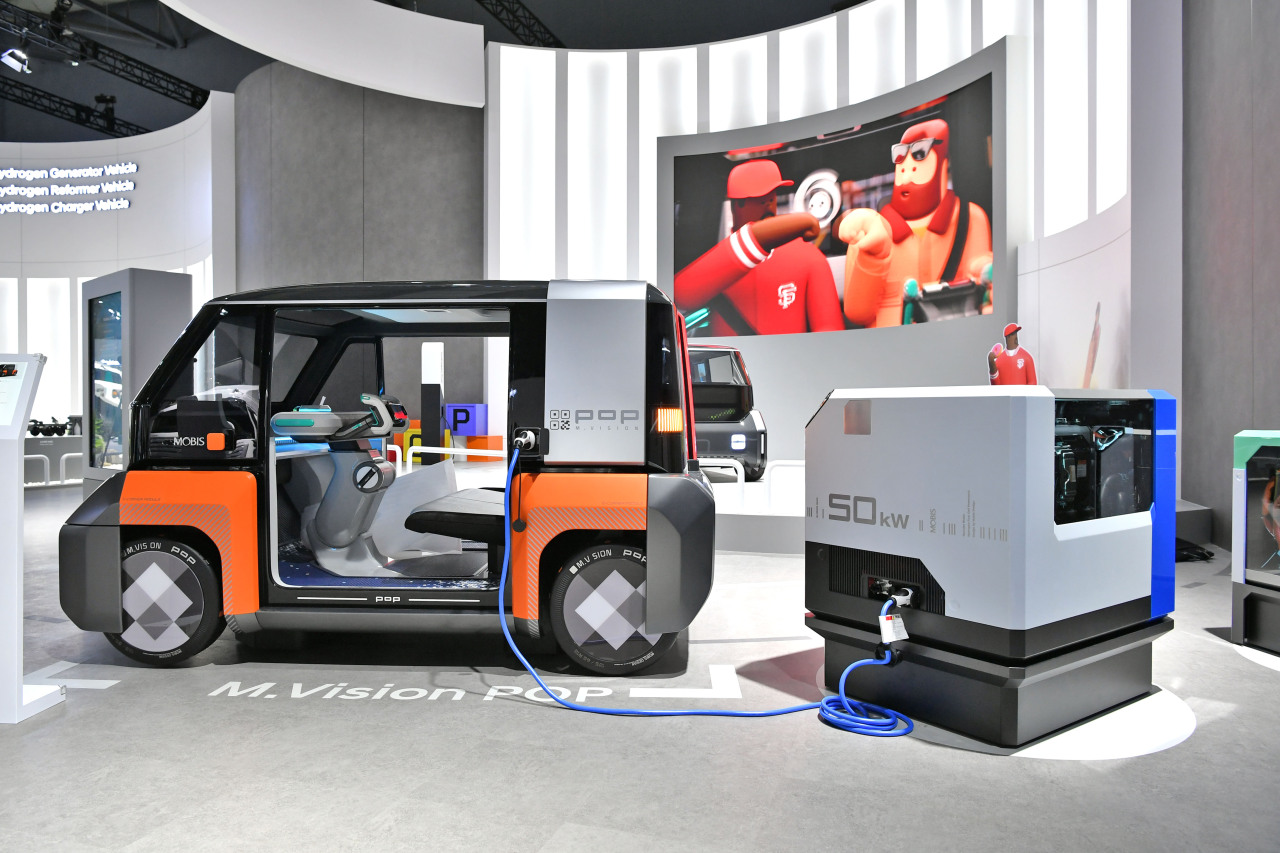 According to Hyundai Mobis, it is working to reduce carbon emissions while managing harmful substances in the overall process of manufacturing, to maximize the positive effects to support the environment.

One of the areas of focus includes technologies related to hydrogen-powered vehicles.

Hyundai Mobis has established a factory in Chungju, North Chungcheong Province, for mass production of core auto parts for hydrogen fuel cell electric vehicles, marking the world’s first such facility for the vehicles, the company said.

There, the company produces the parts to form the fuel cell battery system, including the fuel cell stack, which is the heart of the fuel cell power system, traction motors and propulsion control systems.

The Chungju plant has an annual production capacity of 23,000 units, Hyundai Mobis said.

The company has also invested 1.3 trillion won ($1.09 billion) to build new hydrogen fuel cell plants in Incheon and Ulsan, where it expects to produce 100,000 hydrogen fuel cells a year once they go into operation in the second half of 2023.