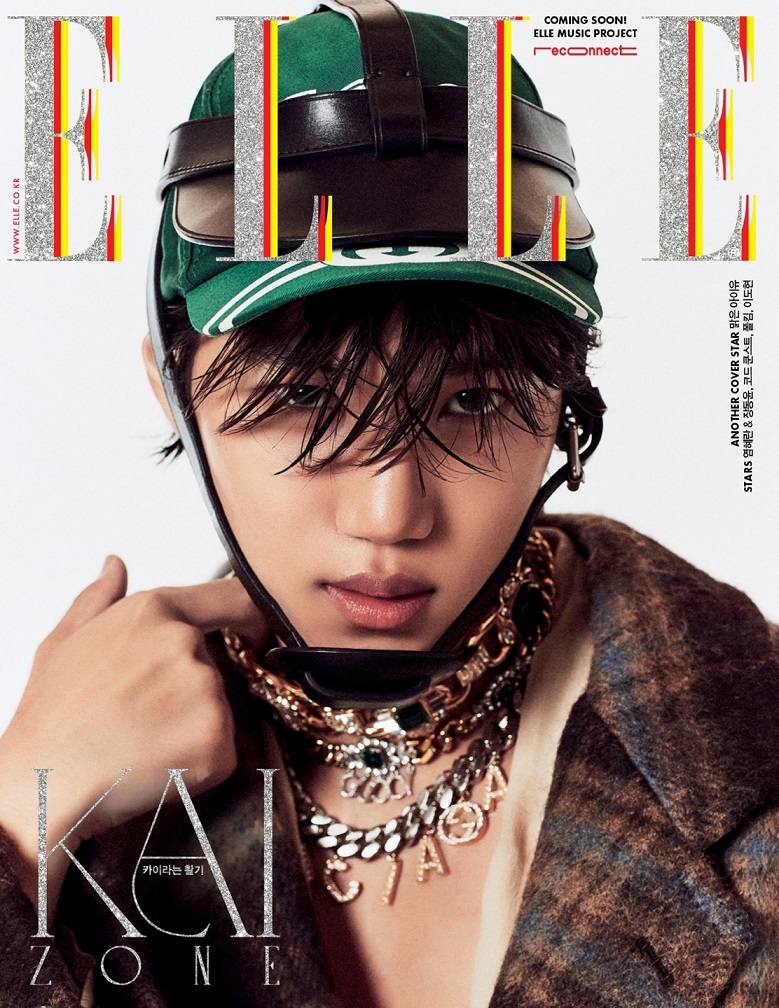 (Credit: Elle Korea)
Kai of EXO is preparing a new solo album that will be released at the end of November, according to local media reports Tuesday.

Now in his 10th year as a musician, also as a member of EXO and SuperM, he has been expanding his career into light entertainment, appearing in a series of variety programs. He is cast as one of the six celebrities to star in “New World,” a Netflix original show that starts airing next month. Kai also graced the cover of Elle Korea’s November issue. 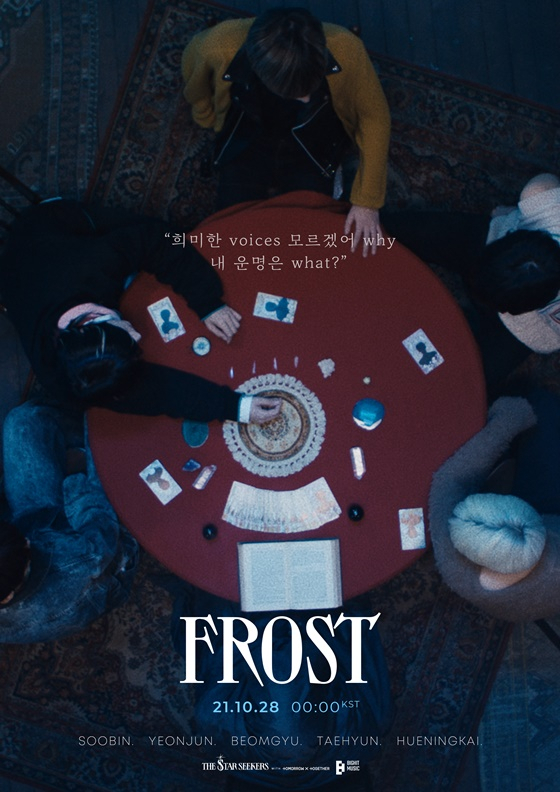 (Credit: Big Hit Music)
Tomorrow X Together piqued the interests of its fans floating a series of posters for “Frost” on Tuesday.

The trap-based hyper pop number is from its second studio album “The Chaos Chapter: Freeze” and one of the group shot showed the bandmates sitting around a table with a deck of cards open. Yeonjun participated in writing the lyrics. It is about a boy who is confused after learning his destiny, and is linked to a story, “The Star Seekers,” that was loosely connected to their music.

The LP came out in June and entered Billboard 200 at No. 5 and stayed on it for nine consecutive weeks. It is remaining on four Billboard charts, on some for as many as 19 weeks in a row.

The band held its first standalone concert online on Oct. 3, livestreaming its performance of 25 songs for 150 minutes. It will drop EP “Chaotic Wonderland” in Japan on Nov. 10. 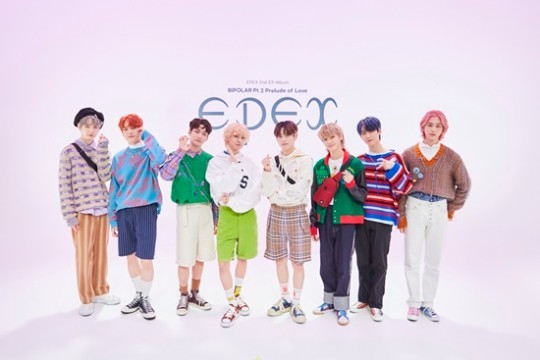 It has been only four months since its previous album and the eight members were happy to make their first comeback since debut, saying that the relatively short time it took to put together the EP was more about momentum than pressure.

“Since many were waiting to see how we’d return, we’ve poured ourselves into preparing,” said Jeff. Keum Donghyun vowed that they will continue to show how they are evolving, confidently adding that all of them improved in every aspect, from rap and singing to dance over the past four months.

As the EP’s title “Bipolar Part 2: Prelude of Love” suggests, the band explores the beginning of love, taking a sharp turn from the past EP that dealt with the anxieties of youth. 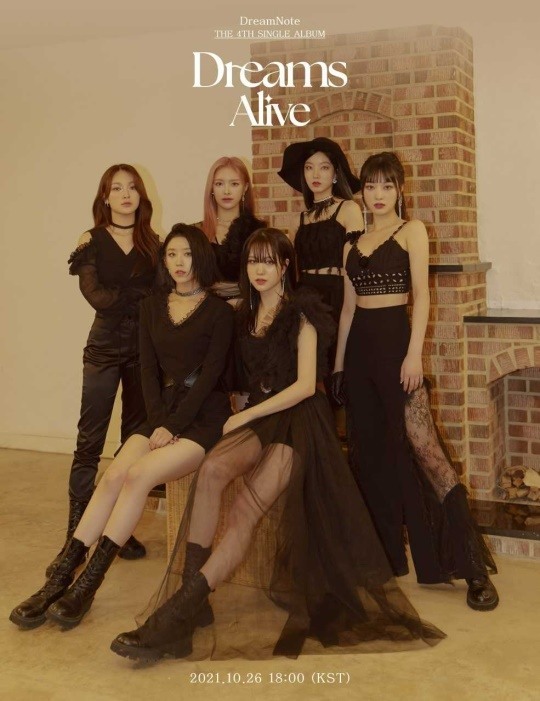 It has been more than 1 1/2 years since the six-member act put out new music and they are ready to shed their sweet and girlish image.

“This is a genre we’ve never done before, be it the choreography or facial expressions. We’ve practiced a lot since it’s like a 180-degree turn,” said Eunjo of title track “Ghost.”

The song gives out the ambience of a thriller, picturing a girl that shows a hidden side s under a full moon.

“When we first listened to the song together, it was a completely different concept (from before) and we asked each other if this really was our song, checking if someone put on the wrong one,” recalled Lara.

They said they would put even more efforts into their activities since it took them such long while to make their return.