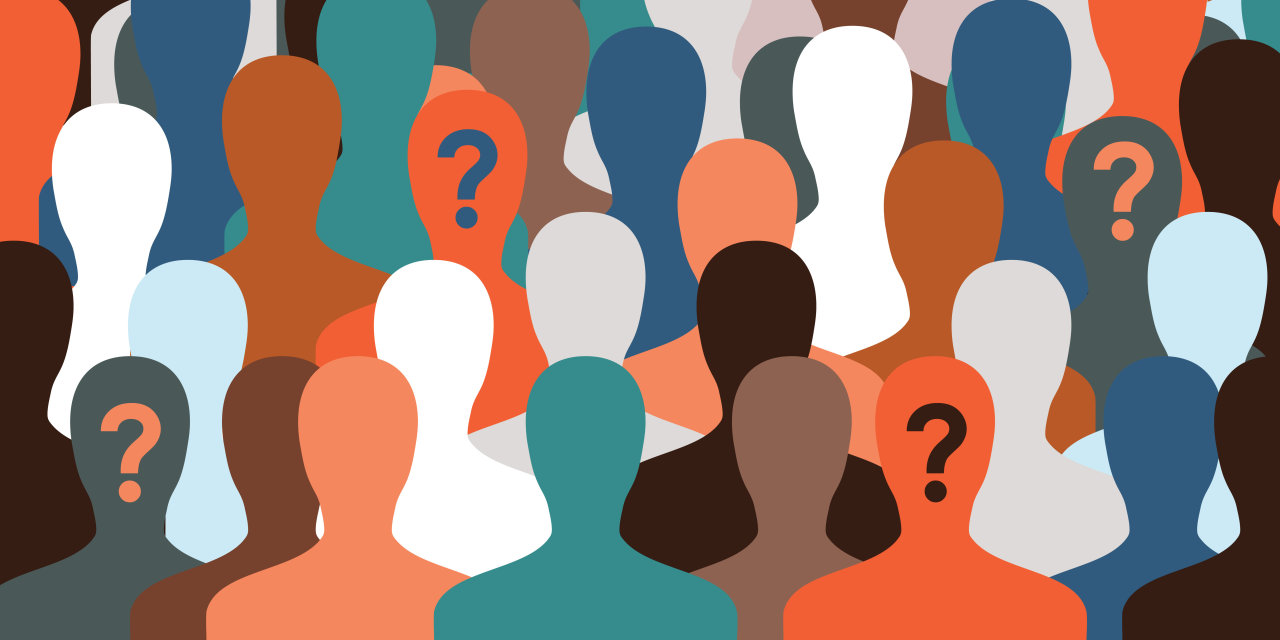 South Korean authorities’ overzealous approach to the COVID-19 response regarding foreigners has raised concerns about discrimination and xenophobia.

“When a Korean person catches COVID-19, people in the area are notified that someone has been infected. The alert goes right to their phone. When someone who isn’t Korean catches COVID-19, that same message suddenly is amended to state the nationality of the infected person. Why is it important to know the person’s nationality?” asked P, an assistant professor at a university in the southern part of the country.

Specifying that someone who is infected with the virus is a foreigner perpetuates the idea that foreigners are the ones spreading COVID-19 recklessly, P said, though the reality is that infected foreigners make up just a fraction of the total caseload.

“When you’re being turned away from businesses like restaurants, cafes, or hotels, or you’re being barred from participating in activities like renting picnic baskets or doing tours solely based on the fact that you’re a foreigner, you can see it’s not only frustrating but discriminatory,” P told The Korea Herald.

“Your existence and participation in society can and will be reduced to your answer to the question ‘Are you a foreigner?’”

In September, the city of Pyeongtaek, Gyeonggi Province, wrote in its daily COVID-19 notification text message that 25 of its 38 newly confirmed cases affected foreigners.

Lawyers for a Democratic Society, also known as Minbyun, and the COVID-19 Human Rights Watch Network condemned the message from the local government, calling it discriminatory and pointing out that city bylaws treat all residents the same regardless of nationality.

The group added that other cities in Gyeonggi Province, such as Yongin, Icheon and Anseong, also had many foreign residents but had not specified numbers of infected foreigners in their virus notifications.

In March, Seoul and Gyeonggi Province came under fire after they singled out expats and ordered all foreign workers to get tested for the coronavirus. If any foreign worker failed to get tested before the designated date, they could be fined up to 2 million won ($1,700).

“The British Embassy has made clear to the national government and to the Seoul and Gyeonggi administrations that we consider these measures are not fair, they are not proportionate, nor are they likely to be effective,” British Ambassador Simon Smith said in a video posted on his Twitter account.

The National Human Rights Commission of Korea also denounced the local governments’ decision, saying that policies to exclude or separate out immigrants can lead to negative perceptions and discrimination against them and shake the foundation of social integration, solidarity and trust, leading to race-based hate crimes.

Seoul withdrew its administrative order after facing heavy backlash and instead merely recommended that expats get tested for the virus. But Gyeonggi Province went ahead with mandatory testing.

More recently, in early October some local governments in the Chungcheong and Gyeongsang provinces ordered all foreign workers living within their boundaries to get tested for the virus.

Though the government has given out disaster relief funds on five occasions since the coronavirus outbreak started early last year, most foreign residents were excluded whether they paid taxes here or not.

With the exception of some programs run by local governments, foreigners were eligible for support only if they had permanent residency or were married to Koreans.

“Foreign residents are members of Korean society but they are invisible in situations hit by disasters,” former lawmaker Jasmine Lee, a Philippines-born naturalized Korean, said at a press conference in front of the National Human Rights Commission of Korea in April 2020.

“We need universal social policies that do not discriminate based on nationality and race.”

Slips of the tongue

Public figures have also made comments that fed xenophobia by belittling people of other nationalities.

In May 2019, Mayor Jung Heon-yul of Iksan, North Jeolla Province, was criticized for using the term “half-breed” at a sports festival for multicultural families at Wonkwang University.

“Biologically and scientifically speaking, there is something called half-breed vigor. But if society wrongfully leads these smart and pretty children, there could be a problem like the Paris riot,” Jung said. He later released a formal apology, saying he meant society should work together to guide children of mixed Korean and foreign heritage.

In June 2019, Hwang Kyo-ahn, then chairman of the Liberty Korea Party, a precursor to the conservative People Power Party, caused a public outcry after he said it was unfair to pay foreigners the same wages as Koreans because they have not contributed to the country.

“Koreans contribute to our country by paying taxes, so keeping certain wages and giving tax benefits for them is because they have fulfilled their obligations as citizens and will continue to do so in the future,” Hwang said at a meeting with small and medium-sized enterprises in Busan.

He later said his comments concerned what he viewed as an excessive increase in the minimum wage and the need to correct for it.

The latest slip of the tongue by a public figure came from Yoon Seok-youl, a former prosecutor general and now one of the leading presidential contenders for the main opposition People Power Party.

“Companies nowadays make a living off of technology. Nothing can be achieved by hands-and-feet labor. India doesn’t even do that anymore. It’s something only a place like Africa still does,” Yoon said during a sit-down meeting with students at Andong University on Sept. 10.

The COVID-19 crisis was not the first time that local health authorities issued administrative orders for foreigners to get tested for a virus, according to a migrant workers’ rights activist.

“When AIDS was spreading in the country, a few regions including Cheonan (in South Chungcheong Province) ordered all foreign workers to get tested for HIV. (The coronavirus situation) is an extension of that,” Yang Hae-woo, former director of the Korea Migrant Human Rights Center, told The Korea Herald.

“People who implement government policies should consider the impact of them, but there is not much of that. In fact, Korea is too less sensitive to migration or multiculturalism.”

Yang said even left-wing progressives, who typically support human rights causes, are too nationalistic, adding that she thinks Korean society’s problem with hatred and discrimination against foreigners will worsen over time if nothing is done to change people’s perception.

As the government and public figures have a greater influence over how foreigners are viewed and treated, experts stress the importance of their role in preventing xenophobia.

“What individuals say can be a problem, but especially what the government or public figures say has far-reaching power as it provides a type of barometer. That could set a standard for what can be said, so special caution is needed,” said Hong Sung-soo, an associate professor of law at Sookmyung Women’s University.

“It may be justified if foreign workers at certain workplaces were required to get tested (for the virus) under the goal of quarantine. But issuing an administrative order for all foreign workers regardless of their workplaces has no justification of quarantine. Such an administrative order does nothing but strengthen prejudices toward foreigners altogether, which is inappropriate.”

Ha Shang-eung, a professor of political science at Sogang University, told The Korea Herald that the government should actively and effectively punish discriminatory acts that cross a certain line, including instances when such acts violate the current law.

He added, however, that laws seeking to prevent hate speech and prejudice can be counterproductive if they go too far.

“As an individual, public figures should officially deny discrimination against all foreigners at the moral level, not at the legal level, and make efforts to prevent the spread of such discrimination,” Ha said.

Others question the government’s persistent use of the word “multicultural” in policies affecting those of foreign origin.

“Multicultural policies are mainly limited to migrants from poor countries, such as ‘foreign workers’ and ‘marriage migrant women’ among foreigners residing in Korea. In particular, by assuming these migrants as problem targets or objects that may cause problems in the future, related policies are also dominantly one-and-done,” Kim Mi-young, a researcher at Kyung Hee University’s Research Institute of Global Ryukyu-Okinawa, wrote in the April edition of the Journal of Multi-Cultural Contents Studies.

Kim said if the government wants foreigners to settle in society and live in harmony with Koreans, it should put forward more efforts to change the attitudes of Koreans.

“Rather than confining the relevant policies under the name of ‘multicultural’ to limit them to certain migrants, (the government) should embrace ‘multiculturalism’ within the policies to eliminate the distinction between migrants,” Kim wrote.

Kim added that policies on migrants should focus on understanding differences between foreigners and Koreans without discrimination, saying that xenophobia will not disappear unless the sense of discrimination that comes from classifying foreigners by nationality through the term “multicultural” goes away.

The concept of “us” is a strong force in Korean culture, and to be counted as “one of us” in any group comes with privileges big and small within its boundaries. However, for those who fall outside the boundaries of “normal,” life in Korea is riddled with hurdles and sometimes open hatred. In a series of articles, we take a closer look at the biases that exist in Korea, and the lives of those branded as “them” by mainstream society. -- Ed.