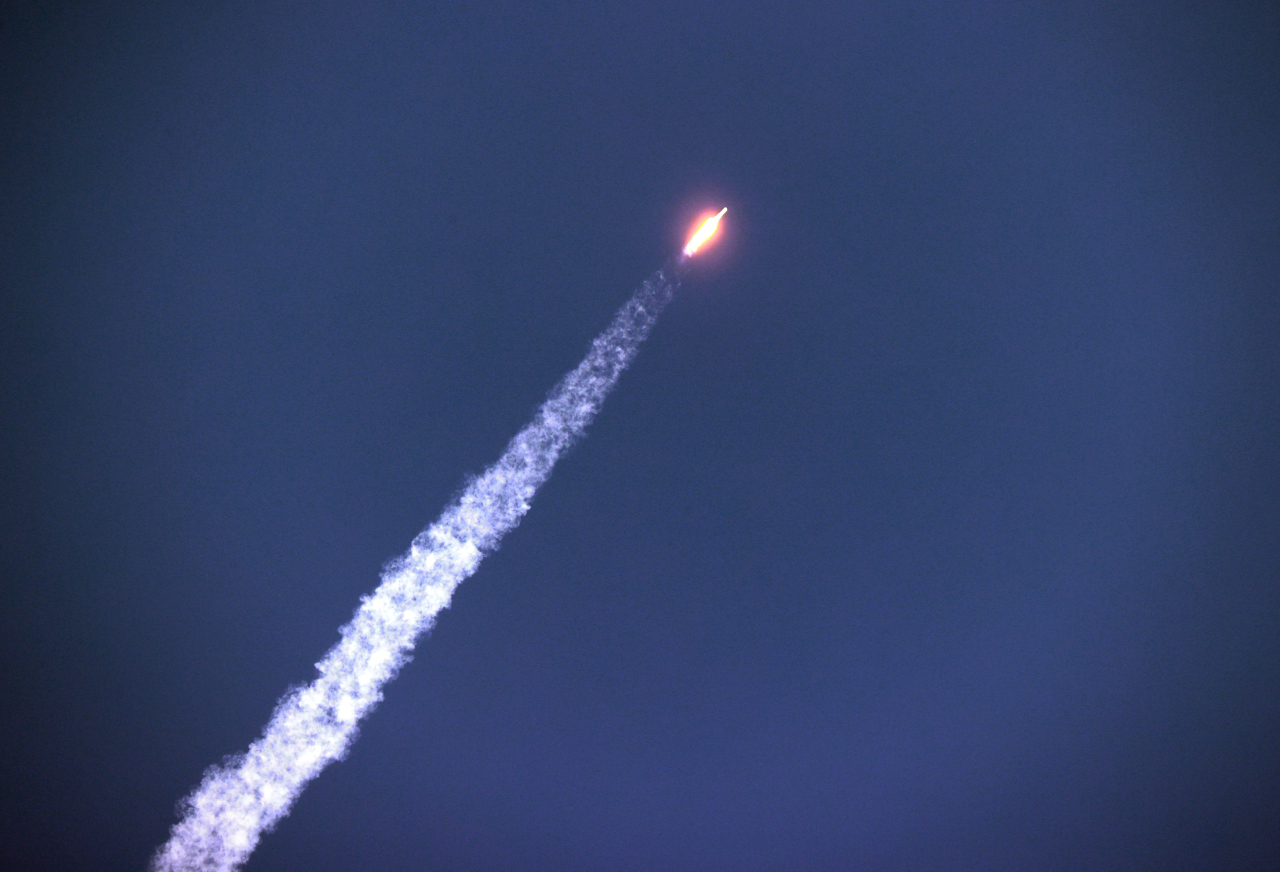 The Korea Aerospace Research Institute that led the Nuri project will form a task force to examine data from the Oct. 21 test to determine what caused the shorter-than-programmed burning of the rocket’s third engine.

The three-stage liquid-fueled satellite launcher completed its flight sequence, reaching a low orbit 700 kilometers above the Earth, but it failed to place the 1.5-ton dummy payload into orbit following the separation of the payload‘s first-stage, fairing, and second-stage rockets.

Science and ICT Minister Lim Hye-sook said during the press briefing on Thursday that the mock satellite could not reach the intended orbit because it failed to reach a speed of 7.5 kilometers per second.

Lim said that a 7-ton engine in the third-stage rocket was supposed to burn for 521 seconds, but only burned for 475 seconds, which led to a slowdown in the rocket’s speed at the end.

While some experts suggested that the shortened burning time could be due to flaws in the engine, KARI is leaving all possibilities open, such as a system error in the pressure tank, malfunction of valves attached in the third-stage or an error in the engine termination program as causes of the fault.

KARI said they plan to receive telemetry data gathered from Naro Space Center, tracking stations in the southern island of Jeju and Palau in the South Pacific for analysis.

Officials said that data from the Palau-based center will be essential in understanding what happened as it should have been able to record the latter part of the flight.

KARI opened the Palau center in 2019 to analyze real-time location and status of projectiles and payloads like Nuri. The center’s telemetry can receive data such as speed, acceleration, separation signal, image and more from a projectile as far away as 1,700 km.

If authorities cannot figure out why it failed, Nuri’s next test -- carrying actual satellites weighing 200 tons -- scheduled for May 19 can be delayed. Five additional launches are scheduled by 2027.

With the next Nuri model, South Korea aims to become the world’s seventh country with home-grown capabilities to launch a satellite weighing over 1 ton from its own soil.

The Moon Jae-in government has unveiled a plan that over the next decade, more than 100 satellites will be launched and aims to send an unmanned spaceship to the moon by 2030.