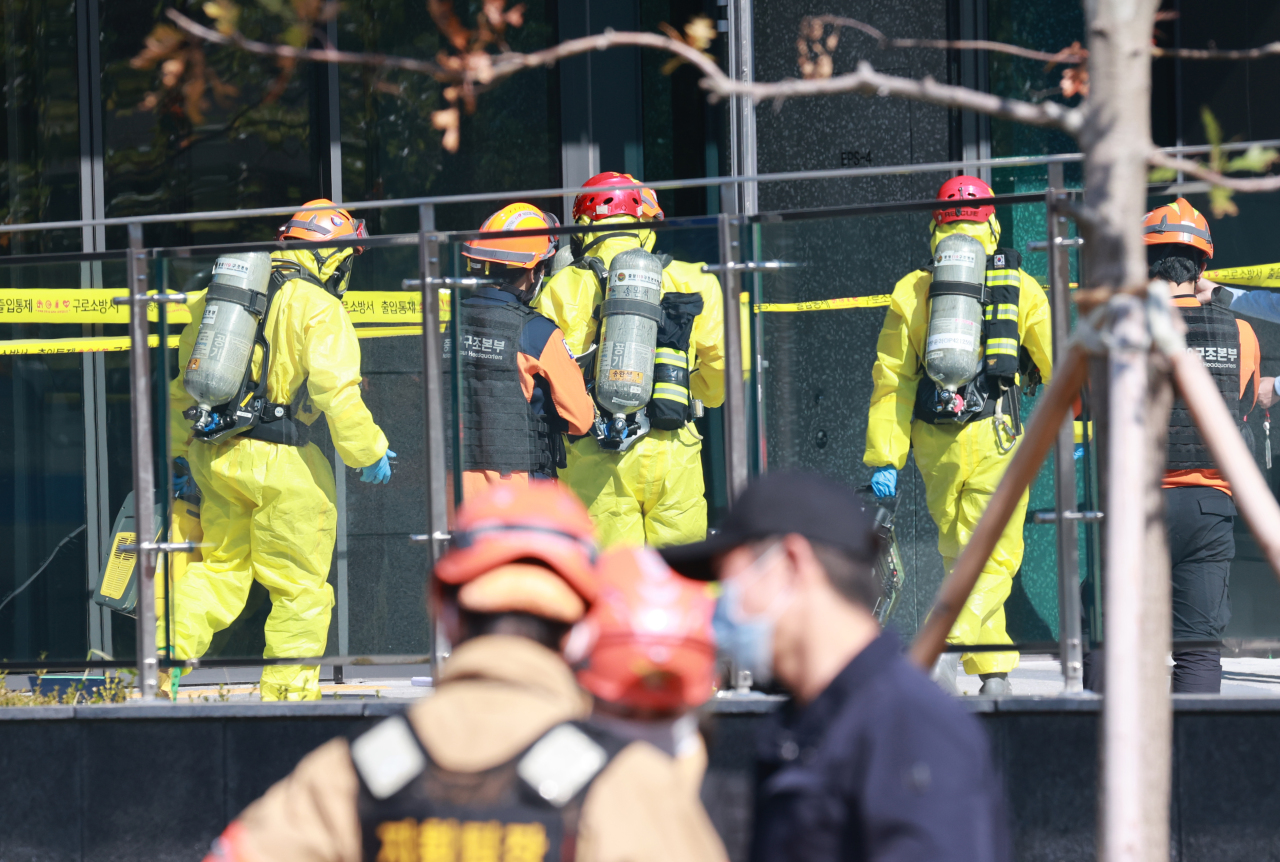 Firefighters in front of Gasan Metro Knowledge Industry Center building in Seoul on Saturday. (Yonhap)
A chemical used for fire suppression leaked from the basement of a high-rise building under construction in southwestern Seoul on Saturday, leaving two workers dead and nine others injured, firefighters said.

The fatal chemical leak occurred on the third basement floor of the 18-story Gasan Metro Knowledge Industry Center building under construction in the capital‘s southwestern ward of Geumcheon shortly before 9 a.m., they said.

Two male workers aged 50 and 45, respectively, were rushed to a nearby hospital after the chemical leak but pronounced dead later, they said.

Two other workers suffered serious respiratory tract injuries, while seven others sustained minor injuries and are being treated at the hospital.

The workers were reportedly insulating boilers and firefighting facilities when a facility that stores some fire extinguishing agents containing carbon dioxide was damaged, leading to the chemical leak.

Fifty-two people were working at the site at the time of the accident, and all but the 11 people evacuated the area.

Firefighters and police said they plan to investigate the exact cause of the accident as soon as all the rescue operations are completed. (Yonhap)