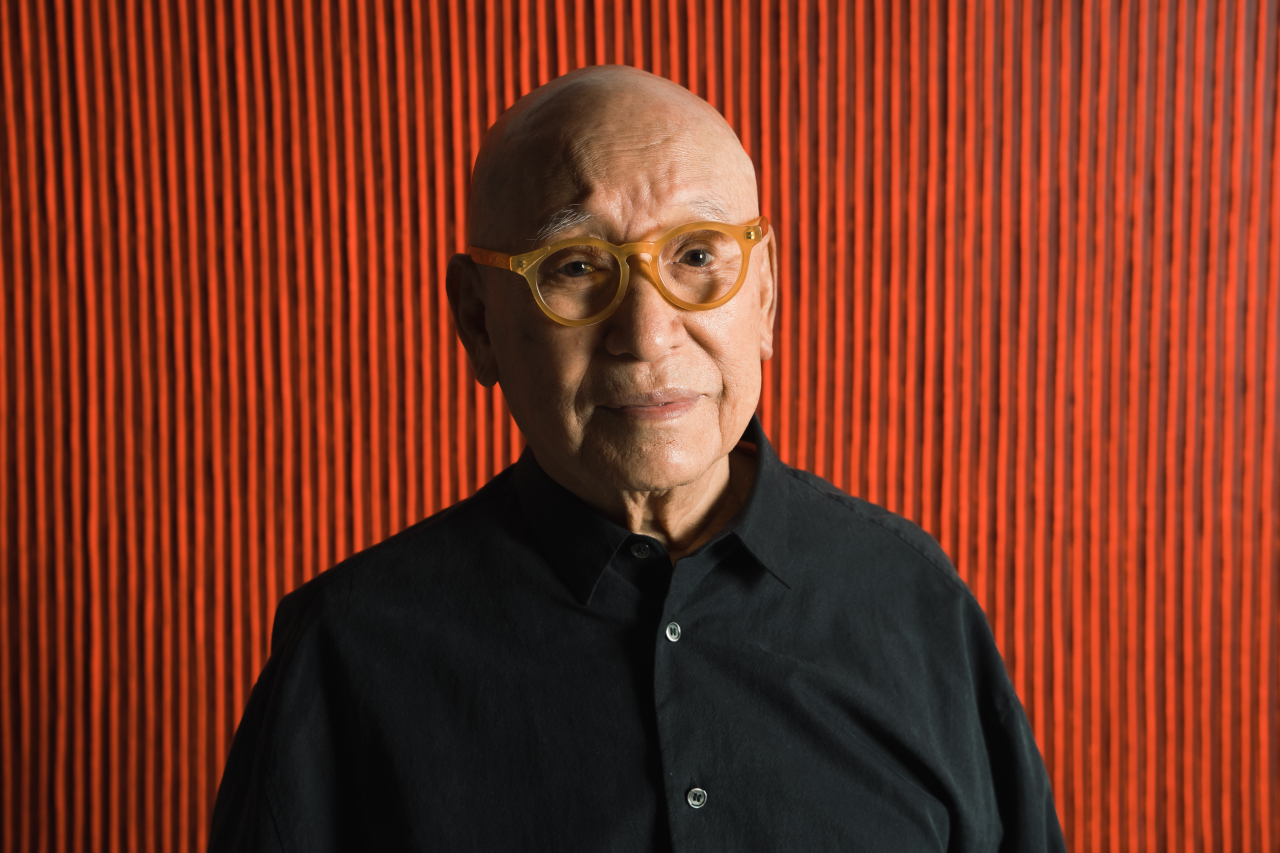 Korean abstract artist Park Seo-bo was awarded South Korea’s highest cultural honor, the Geumgwan Order of Cultural Merit, in a ceremony held at the National Theater of Korea in Seoul on Friday.

“Park has played a pivotal role in introducing Korean abstract art globally, pioneering ‘dansaekhwa’ art that represents Korean art today,“ the Culture Ministry said in the selection of Park for the honor.

Park was previously the recipient of two other Order of Cultural Merit recognitions for his contribution to Korean art, according to the Kukje Gallery, which represents the artist.

Born in 1931, Park has led the dansaekhwa movement, which translates to pursuit of “monochrome painting,” since the late 1960s. Park’s dansaekhwa art has evolved with a philosophy that a painting is a means to cultivate the artist him or herself, and should ultimately serve to heal people.

“I have walked on a single path whether I was recognized or not, and I think my perseverance has paid off,” Park told The Korea Herald on Thursday.

"Dansaekhwa art is receiving attention because it involves emptying one’s thoughts and using painting as an instrument for cultivating oneself,” Park explained. “This is something that is unimaginable to Westerners. This is why the West is paying attention, because we are doing something that they cannot.”

Park’s solo exhibition “Park Seo-bo” is showing at Kukje Gallery in Seoul until Oct. 30, presenting 16 paintings of his recent Ecriture series inspired by colors from nature.