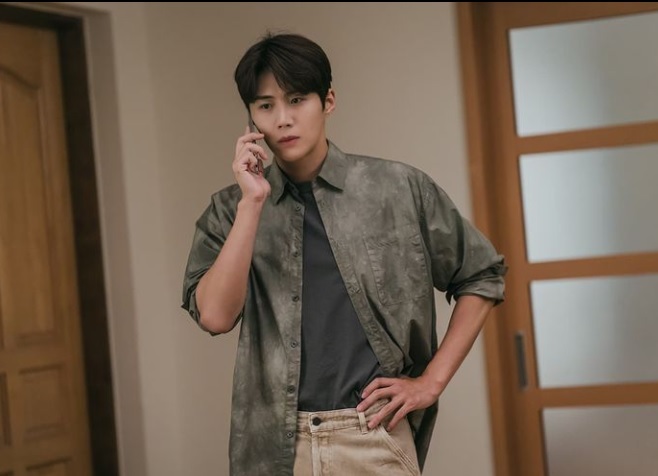 “All possible legal actions will be taken against articles, posts and comments with ill-intended content,” said Best Way, the law firm representing Kim‘s ex-girlfriend, in a statement released Wednesday.

The statement said their client was suffering from the hateful comments made by local media and online posts as her personal information had been revealed without consent.

In a new online post uploaded Wednesday evening, Kim’s former girlfriend said she had received an apology from the actor.

The writer apologized for causing unintentional trouble with her previous online post.

“There was a time when we truly loved each other, and I felt bad watching Kim’s fall with my violent writing,” she said.

“I received an apology from him, and it seems like there were misunderstandings between us.” 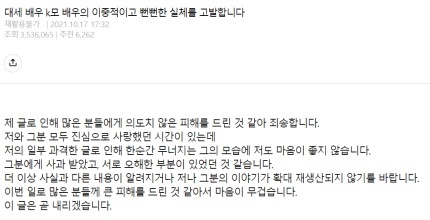 A screenshot of an online post made by Kim Seon-ho’s alleged former girlfriend (Nate Pann)
Toward the end of her post, the anonymous writer asked the public to stop reproducing any additional stories that were not verified.

The author of the post uploaded the first post Sunday, alleging that “actor K” had urged her to have an abortion. Speculation ran rampant, with a YouTuber identifying Kim as the “actor K.”

The 35-year-old actor admitted and publicly apologized for his actions earlier Wednesday.