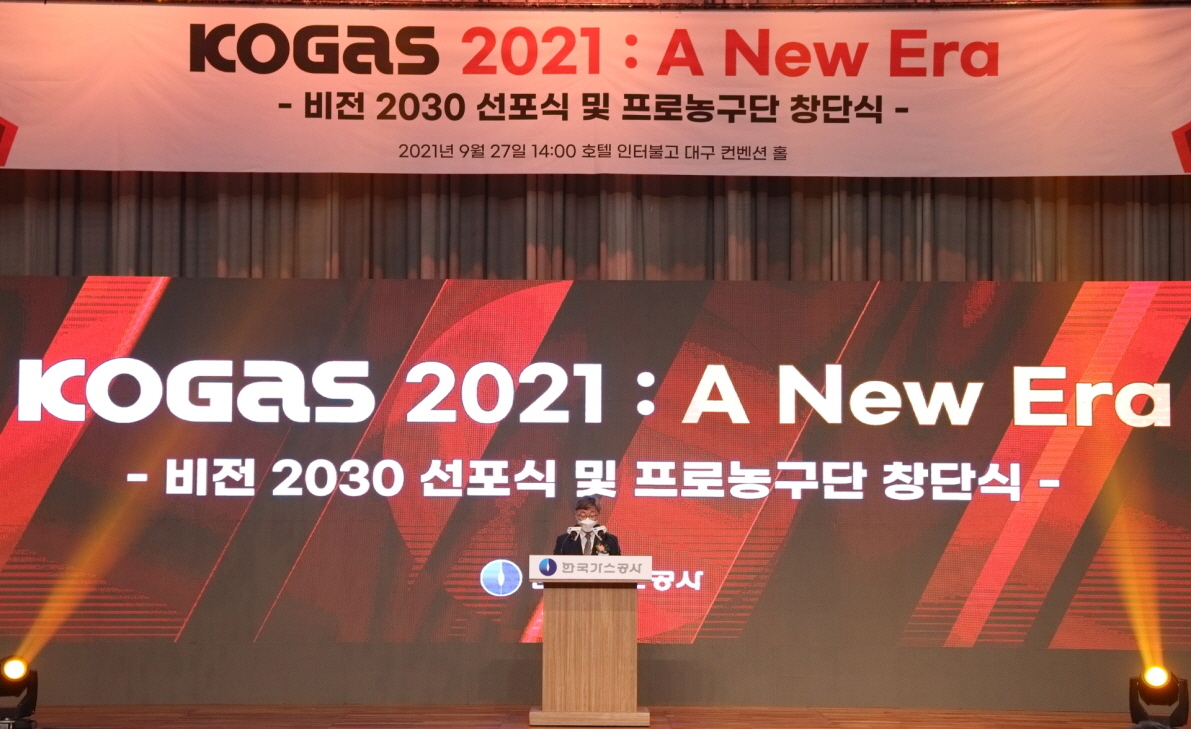 LNG is considered an eco-friendly fuel as it emits 100 percent less sulfur oxides and dust compared to existing fuels for ships, 20 percent less carbon dioxide and up to 99 percent less fine dust.

As the International Maritime Organization limited the sulfur content of ships’ fuel oil to 0.5 percent, global demand for LNG-powered ships has been rising.

The worldwide demand for LNG bunkering, or providing LNG to a ship for its own consumption, is expected to reach between 20 million and 30 million tons by 2030.

By 2030, Kogas also plans to build 30 charging stations that use natural gas to produce hydrogen on site, and can therefore charge hydrogen buses and trucks that need more hydrogen than passenger cars.

Hydrogen and LNG vehicles as well as compressed natural gas vehicles can be charged at these stations. 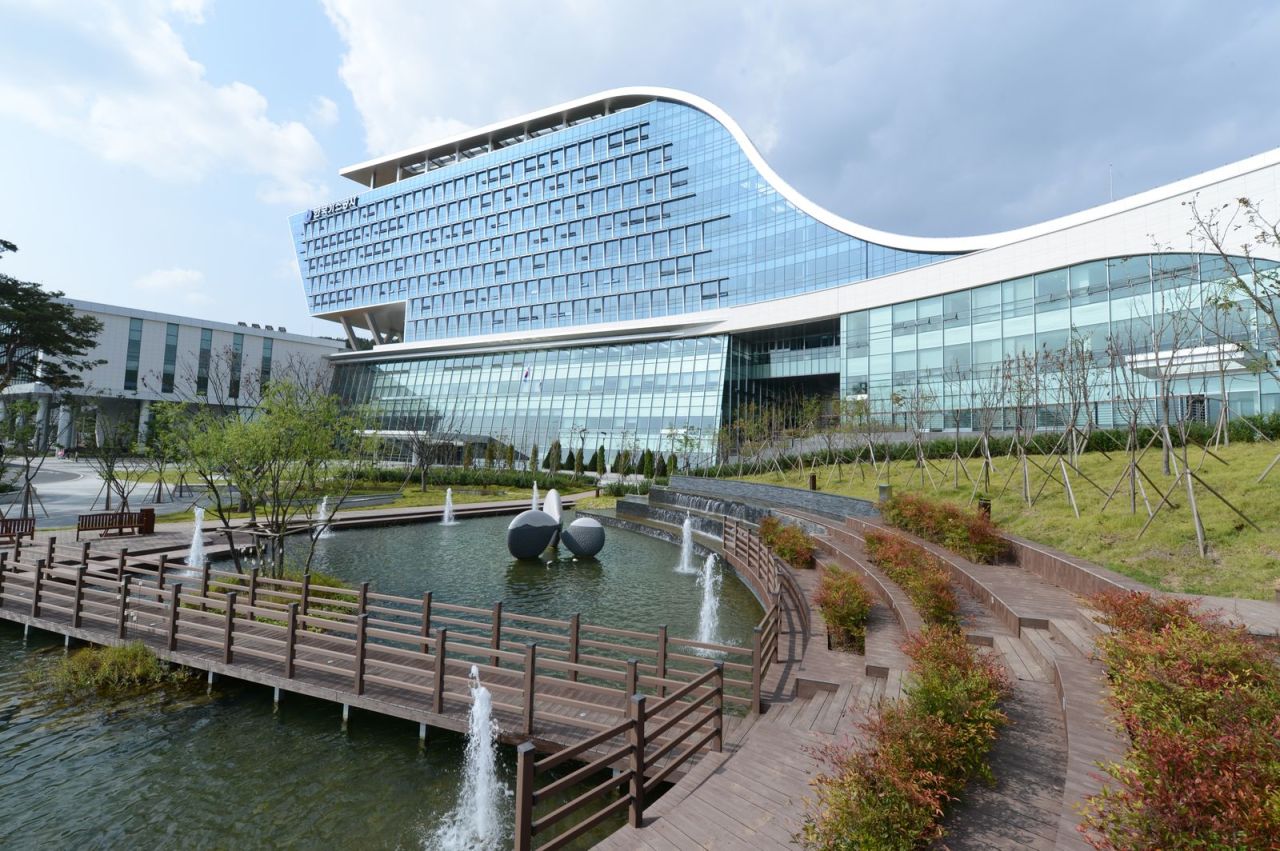 Korea Gas Corp. CEO Chae Hee-bong unveils a new corporate vision at a convention center in Daejeon, south of Seoul, on Sept. 26. (Kogas)
In addition to securing LNG, Kogas plans to generate power from it and supply the power at competitive prices.

Kogas is also taking steps to utilize the cold energy generated when LNG vaporizes between minus 162 degrees Celsius and zero for cold chains to keep food and vaccines at low temperatures.