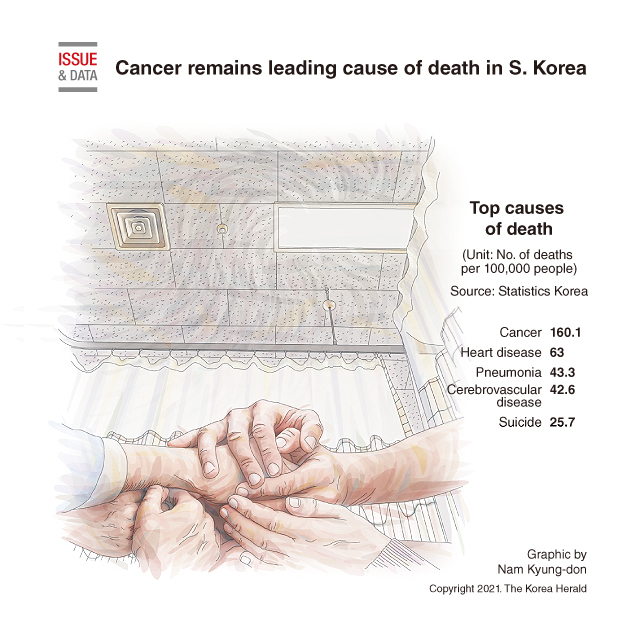 Cancer remained the top cause of death in South Korea, with the number of deaths hitting a record high last year, a government report showed.

In 2020, 304,948 deaths were reported in South Korea, up 3.3 percent from a year earlier. It marked the highest annual number since Statistics Korea began compiling such data in 1983.

Cancer has been the No. 1 cause of death in the country since record keeping began.

Heart disease is the second-largest cause of death for South Koreans, with 63 deaths per 100,000 people, followed by pneumonia with 43.3 deaths. (Yonhap)