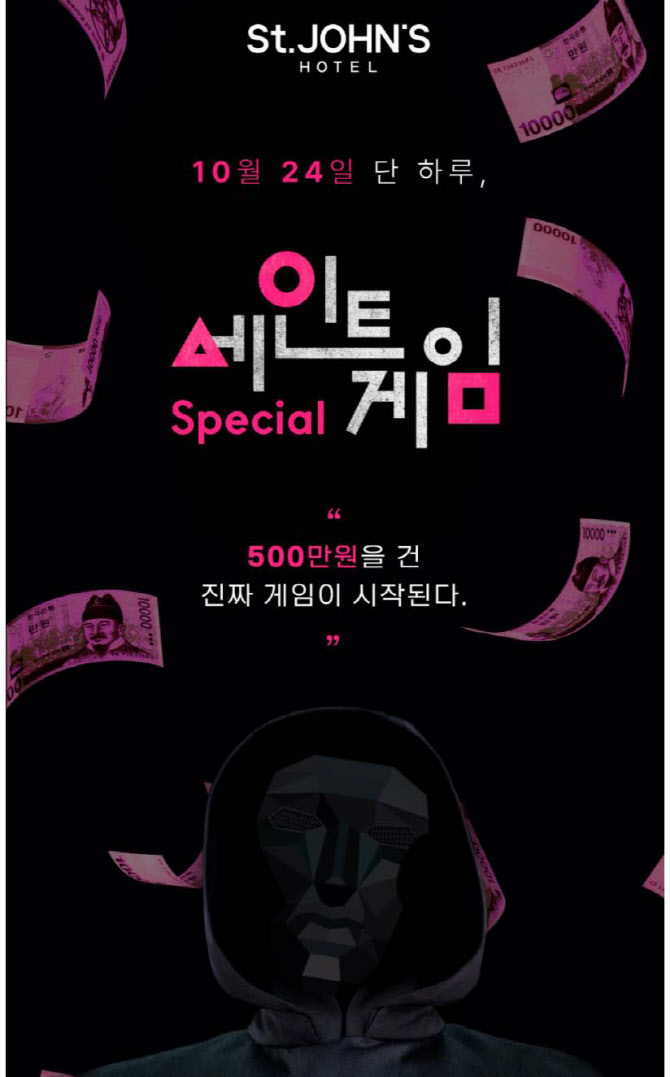 Poster for “Saint Game” (St. John’s Hotel’s Instagram)
A hotel in Gangwon Province that organized an event based on Netflix’s megahit “Squid Game,” on Friday started issuing refunds to more than 1,100 participants, after the games got canceled by city authorities over COVID concerns.

St. John’s Hotel in Gangneung, Gangwon Province, on Thursday announced they would refund those enrolled in the event, called “Saint Game,” which would have been held on Oct. 24 at the hotel’s outdoor pine tree forest.

Players were to compete in three of the childhood games featured in the drama series, and the final winner would have gotten a prize of 5 million won ($4,215).

Within three days since registration opened on Monday, more than 1,100 people had enrolled in the game, which cost 10,000 won to enter.

Due to the overwhelming response, the hotel had to cut short the registration period and was discussing how to accommodate the huge number of those enrolled.

But Gangneung City put the brakes on the event’s progress, sending an official notice to the hotel that said the games goes against social distancing guidelines.

In a statement, Gangenung City said rules on accommodation facilities would still remain, even if broader social distancing guidelines are to be eased.

Currently, hotels can only operate at 75 percent capacity, while private gatherings are capped at 10 people in the noncapital region starting Monday next week, including six who have completed their vaccinations.

The “Squid Game” sensation has spurred leisure businesses to capitalize on the trend. 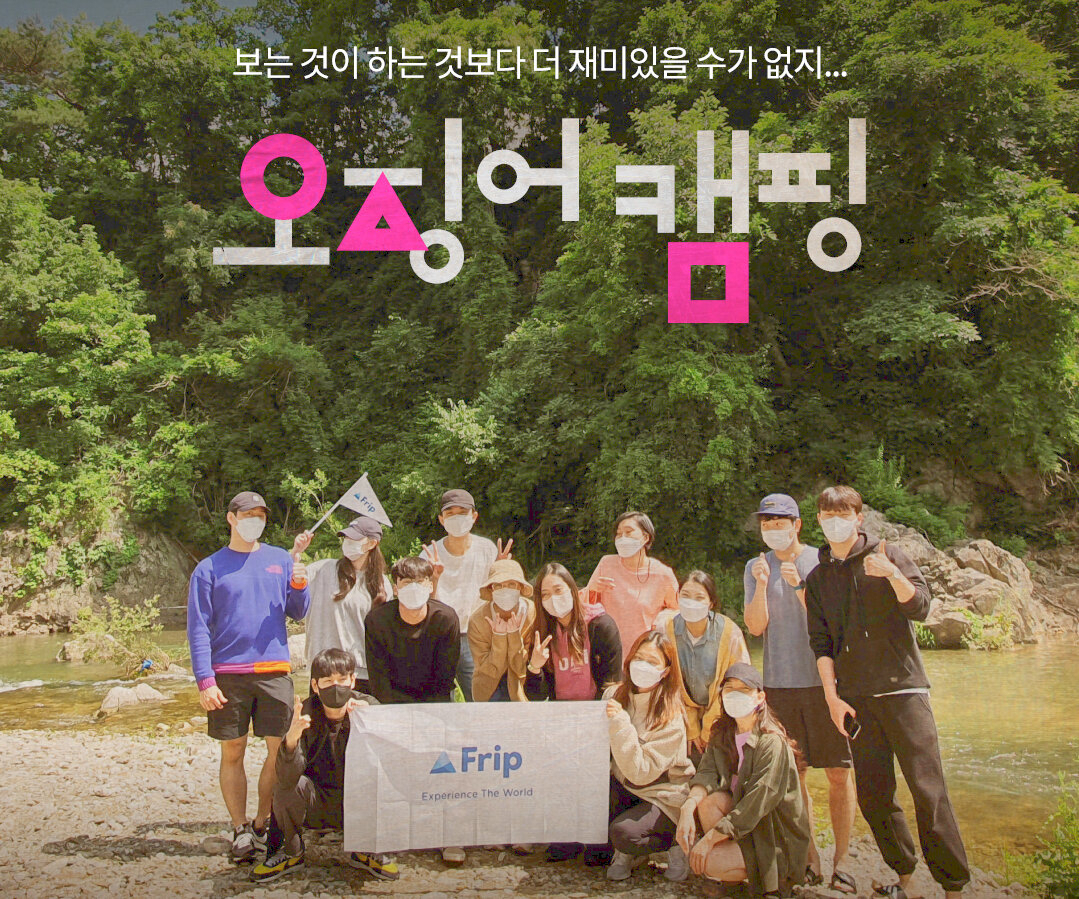 A promotion image of “Squid Camping” (Frip’s webpage)
Another event inspired by the games, called “Squid Camping,” is expected to take place in Wonju, also located in Gangwon Province, on Friday.

The “Squid Camping” event, hosted by emerging social leisure activity platform Frip, comes with a catchphrase: “Watching (the game) can never beat the excitement of actually being the player.”

Provided with the same style of green tracksuits that the contestants in the TV series had been wearing, the games will be played while the contestants spend a night together camping.

The games will all be played in small groups, and the final winner will receive 45,600 won worth of cyber points that can only be used on Frip, the company said.

Wonju City said it will take appropriate measures after inspecting the sites prior to the event.