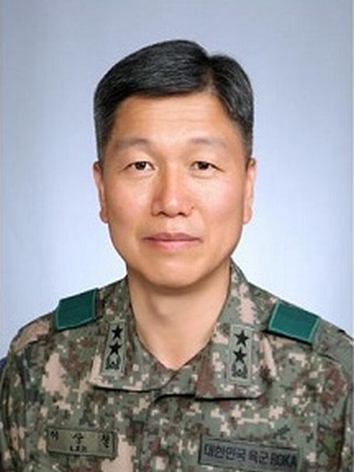 his photo released by the Ministry of National Defense on Oct. 14, 2021, shows Maj. Gen Lee Sang-chul. (PHOTO NOT FOR SALE) (Yonhap)

Maj. Gen Lee Sang-chul, commander of the 5th Infantry Division, was named as the new chief of the military intelligence body, the defense ministry said Thursday.

The incoming commander of the Defense Security Support Command (DSSC) will be promoted to lieutenant general, the ministry said.

“He was selected because of his outstanding capability and leadership to complete the reform of the DSSC and lead the organization in a stable manner,” the ministry said in a statement.

The DSSC was launched in 2018 after its predecessor, the Defense Security Command, was dismantled amid allegations it drew up a document on the possible imposition of martial law to quash anti-government protests in 2017. (Yonhap)