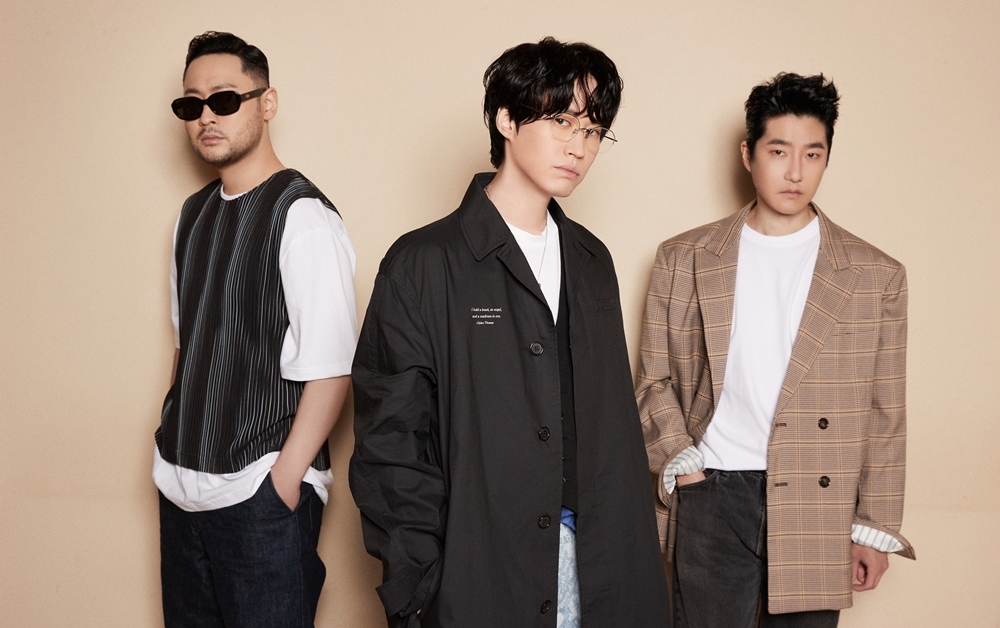 Epik High’s Mithra (left), Table and DJ Tukutz (Hours Entertainment)
Hip-hop trio Epik High is set to drop its new single “Face ID” on Oct. 25, ahead of the release of its 10th full-length album in 2022, according to the group’s agency Hours Entertainment.

“Face ID” is the group’s first new song in four months after “Rain Song,” in June. The track will be a pre-release single from the upcoming album “Epik High Is Here Part 2.”

The other tracks are scheduled to be released next year.

The group members Tablo, Mithra and DJ Tukutz released the poster for the upcoming album via Instagram, hinting at live concerts in Seoul and a North America tour. 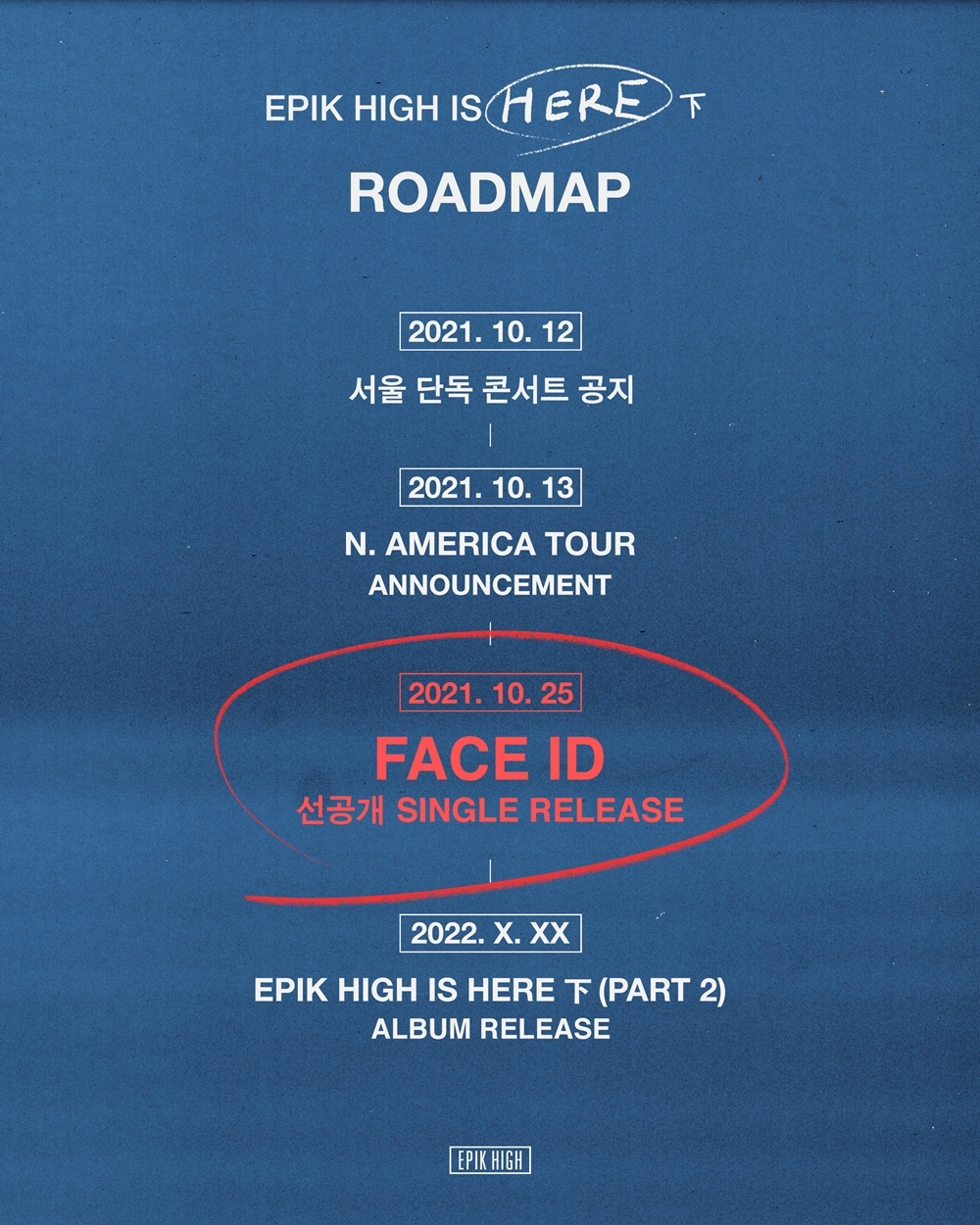 A poster image for Epik High’s next album “Epik High Is Here Part 2” (Hours Entertainment)
According to its music label, Epik High will hold concerts from Dec. 17 to 19 at Seoul Olympic Park in Songpa-gu, southern Seoul. 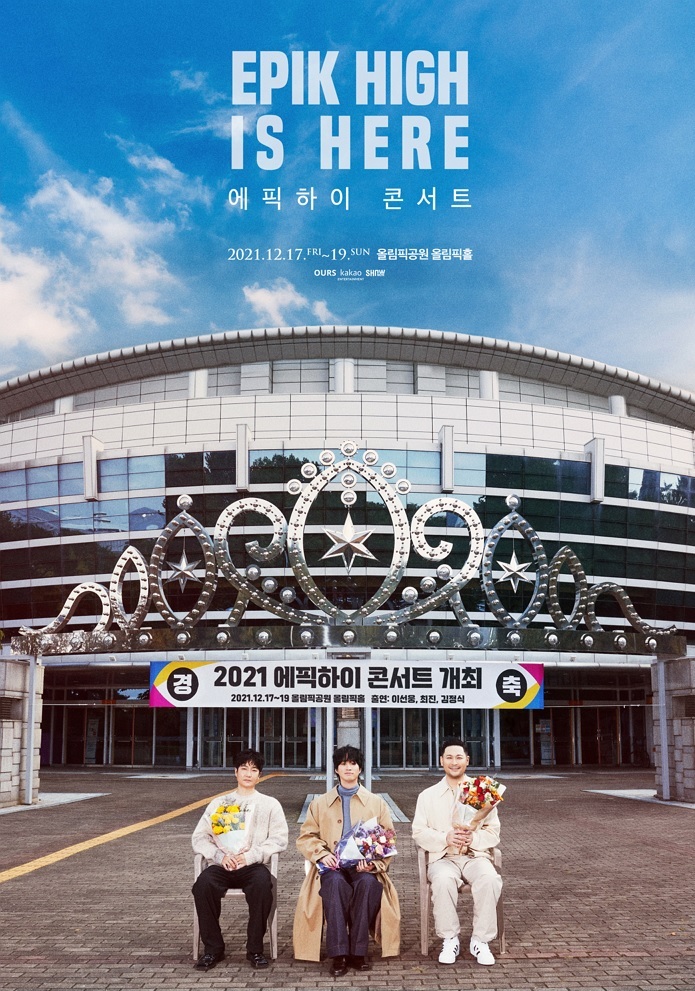 A poster for “Epik High Is Here” (Hours Entertainment)
Tickets for the upcoming concert will be available starting Oct. 21 through Interpark Ticket.