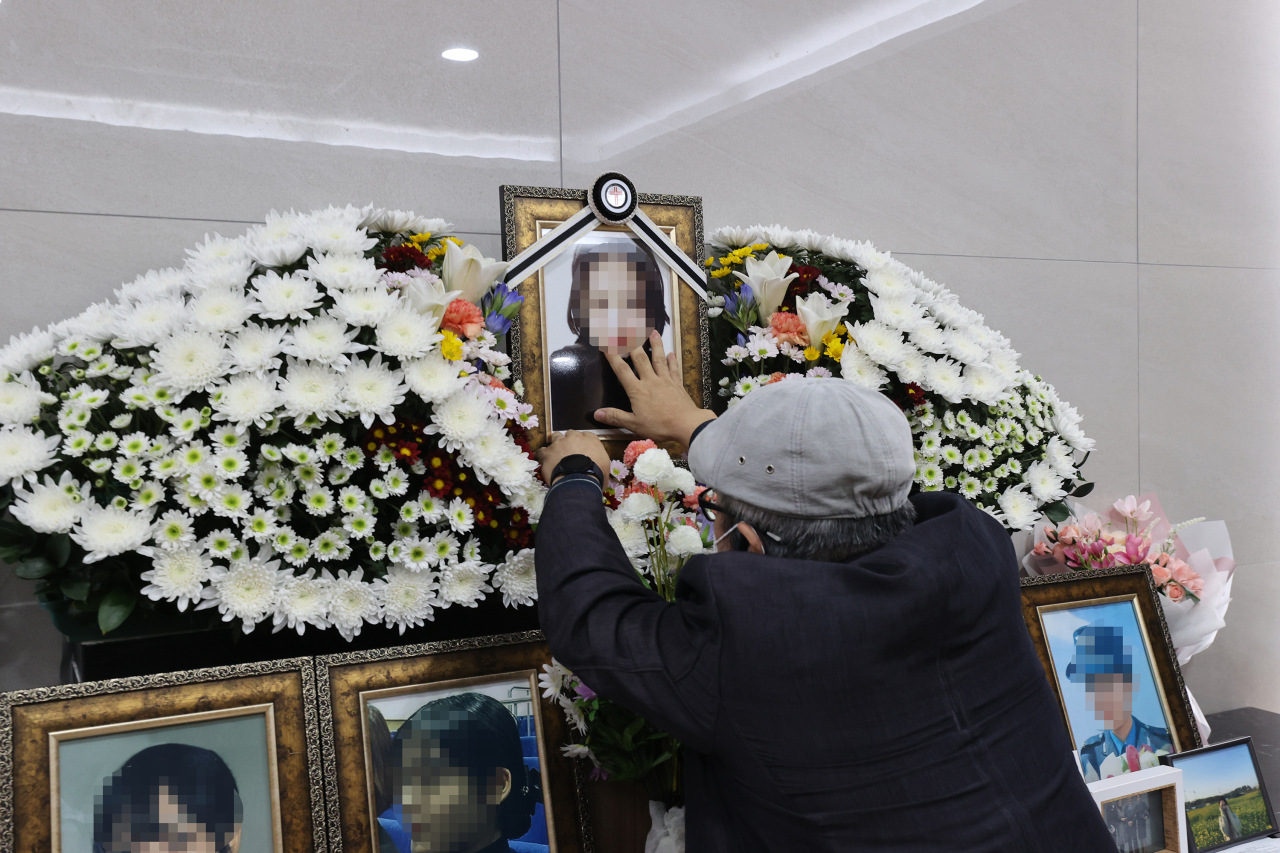 This photo, taken on Thursday, shows the father of a deceased Air Force noncommissioned officer touching a picture of his daughter set up at the memorial altar in a military hospital in Seongnam, south of Seoul. She took her own life in May after being sexually harassed by a colleague. (Yonhap)
Military prosecutors on Friday sought a 15-year prison sentence for a noncommissioned Air Force officer for the alleged sexual abuse of a female colleague that led to her death by suicide, officials said.

The master sergeant, surnamed Jang, is suspected of sexually harassing the victim of the same rank inside a car on their way back to their base in the western city of Seosan after a private gathering in March. Following the military's poor initial responses to the case, she took her own life in May.

During the first court hearing on the case against Jang, the military prosecutors requested the General Military Court in Seoul sentence him to 15 years behind bars, according to the officials. (Yonhap)